Star Trek actor William Shatner is celebrating his 90th birthday by creating an AI-powered version of himself that’ll live forever.

We use the term AI pretty loosely, though. No, scientists aren’t going to scan Shatner’s brain and build an AI from his neural activity. (Nor is his head ending up in a green jar like it did in the sci-fi cartoon Futurama.)

Instead, a company called StoryFile is taping interviews with Shatner to create an interactive video program discussing his life. The AI component is how watchers can verbally ask the video program a question. StoryFile’s system will then look through the footage for a video segment that supplies the best response.

“Imagine if you could record yourself in a way that future generations, hundreds of years from now, could talk to you—and you could talk back,” Shatner said in a video promoting the technology.

The actor made the announcement as he joins StoryFile as brand ambassador. The company plans on making Shatner’s video program available to the public in May over various devices.

“Generations in the future will be able to have a conversation with him. Not an avatar, not a deep fake, but with the real William Shatner answering their questions about his life and work,” said StoryFile CEO Heather Maio-Smith in the announcement. 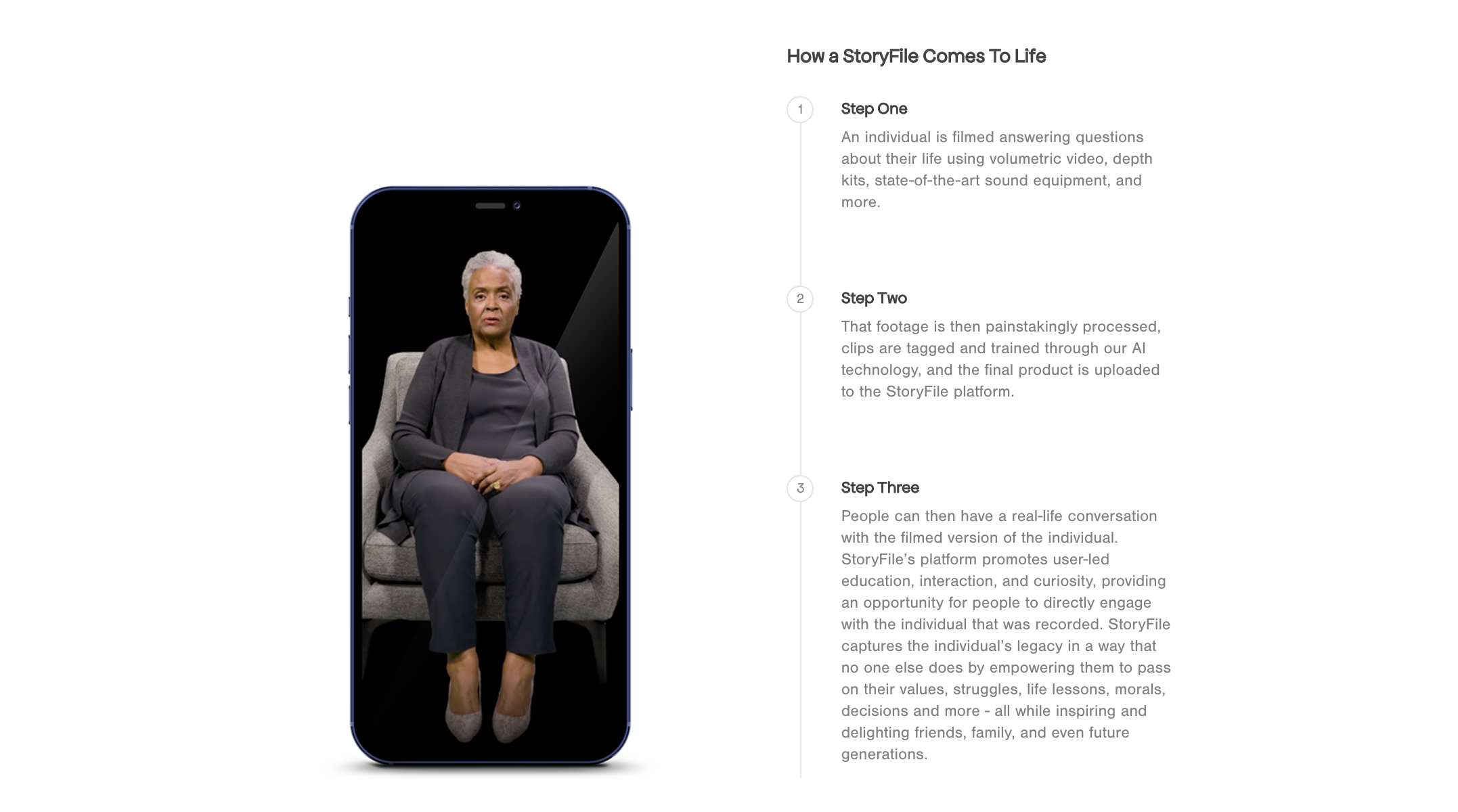 The company has already been making AI-power video programs involving astronauts, Holocaust survivors, and civil rights activists as a way to preserve their stories. This past Christmas, StoryFile also created an interactive Santa Claus, so children could speak to him from home during the pandemic.

In June, the company plans on launching StoryFile Life, which will let consumers create their own AI-powered video programs.