Between WhatsApp’s updated privacy policy and its new biometric ID requirements, the popular messaging app has raised a few concerns, even for regular users.

That’s why the Facebook-owned app is using its Status service to reassure users with a series of privacy-focused messages, The Verge reports. They note WhatsApp’s “commitment to privacy” in a bid to assuage those concerned about changes to its policies.

“One thing that isn’t new is our commitment to your privacy,” the messages state. “WhatsApp can’t read or listen to your personal conversations as they’re end-to-end encrypted.” 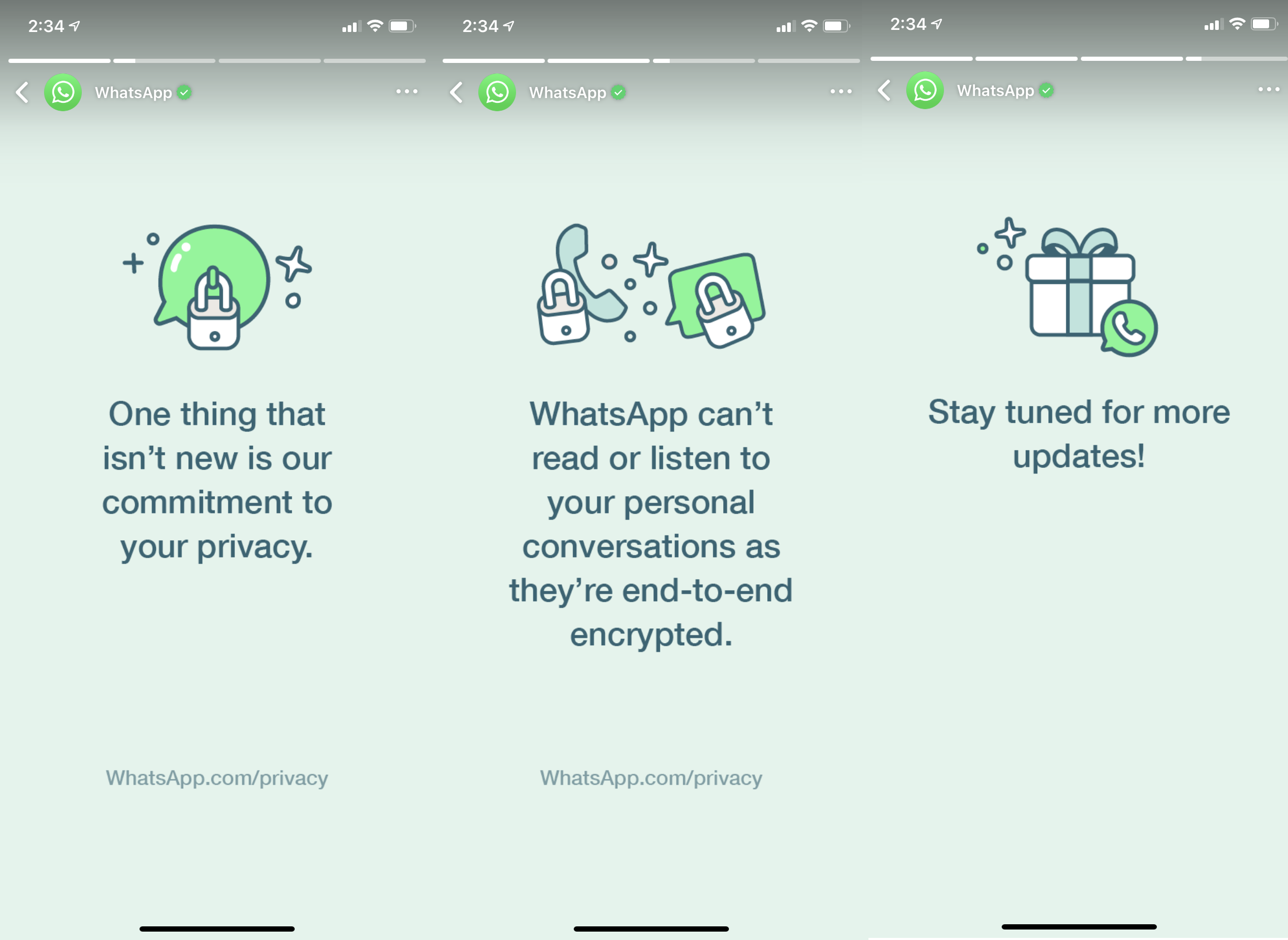 Status is WhatsApp’s version of Stories. Share text, photo, video, and GIFs with contacts, and they’ll disappear after 24 hours.

WhatsApp has also published an FAQ page discussing the update. The change deals primarily with businesses using WhatsApp to send and store messages with consumers, and “does not expand our ability to share data with Facebook,” WhatsApp says. But poor communication about what the update entailed prompted concern about how much personal data might be shared with its parent company. WhatsApp later delayed the rollout from February to May 15.

Still, many made the switch to rival messaging apps, like Signal and Telegram, which are offering updates of their own to attract even more users. Signal is adding chat-friendly features like stickers and Telegram is inviting users to import WhatsApp conversations.