with CLIPREVIEWED learn the articleWhat Is 8K? Should You Buy a New TV or Wait?

Maybe you’ve had a 4K TV since they first came out. Maybe you upgraded only recently. Maybe you’re still using a 1080p TV. Whatever your current screen status is, you’ve probably heard about what’s coming after 4K: 8K. It’s the next big jump in TV resolution. And like 4K, the transition requires new technologies. Here’s everything you need to know about 8K: what it is, when it’s coming, and what it needs to work. The short explanation is: 8K TVs are here, but you shouldn’t rush to buy one.

The Basics of 8K

For context, look really closely at your TV. Try to find a single pixel (not the individual red, green, and blue lights; those are subpixels, which means you’re too close). If you’re looking at a 4K screen, imagine four pixels taking up the space of that single pixel. If you’re looking at a 1080p screen, picture a grid of sixteen pixels, four by four, within that single pixel. That’s 8K. It’s much sharper than 4K and much, much sharper than 1080p. 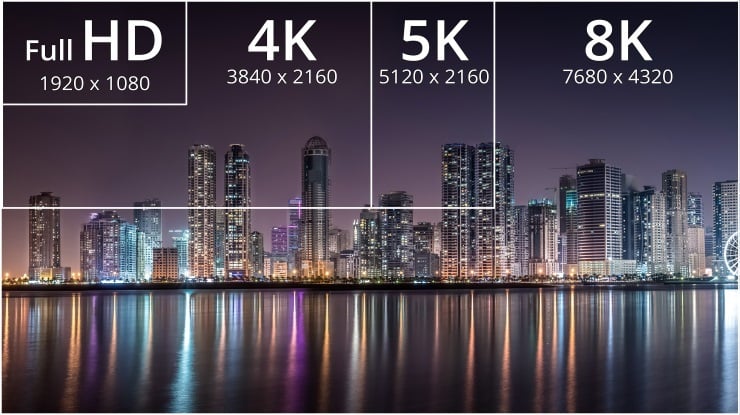 If you’ve been paying attention to TVs and 4K, you’ve heard the term HDR—high dynamic range. You also might be confused by what HDR is and whether it’s different from 4K. HDR can be a complicated concept, but it’s important to understand as 8K continues to develop and useful to know when you’re shopping for a 4K TV.

Resolution—1080p, 4K, and 8K—indicates the number of pixels on a screen. HDR and SDR (standard dynamic range) define what each of those pixels shows. Each pixel is assigned values that determine the brightness of its red, green, and blue (and sometimes white) subpixels, which forms that pixel’s color and light, or more precisely, its hue and luminance, respectively.

SDR and the standard color gamut are intentionally limited because of the technical restrictions of CRT TVs, which determined those standards decades ago. Light is assigned a value between 16 and 238 on a scale of 1 to 255, and color is assigned a value within the Rec. 709 color space, a small fraction of the full spectrum of visible light. Broadcast standards were defined within those ranges because CRT displays couldn’t accurately get darker, brighter, or more colorful. This meant any signal sent over the air, cable, or satellite, and most physical and streaming media, was also limited.

HDR and wide color gamuts take advantage of the greater capabilities of LCD and OLED screens, using the full available range of values in light and color. For light, that means 1 to 255, often with far more in between levels of light between them thanks to higher bit depths. HDR TVs use a much wider range of values for light and color, with more steps in between, than SDR TVs do.

Different types of HDR have different capabilities. Going into the differences of each of them could be its own story. All you need to know about HDR in this context is that 4K determines how many pixels, and SDR/HDR determines what each pixel does. Virtually all HDR content is 4K, but not all 4K content is HDR. 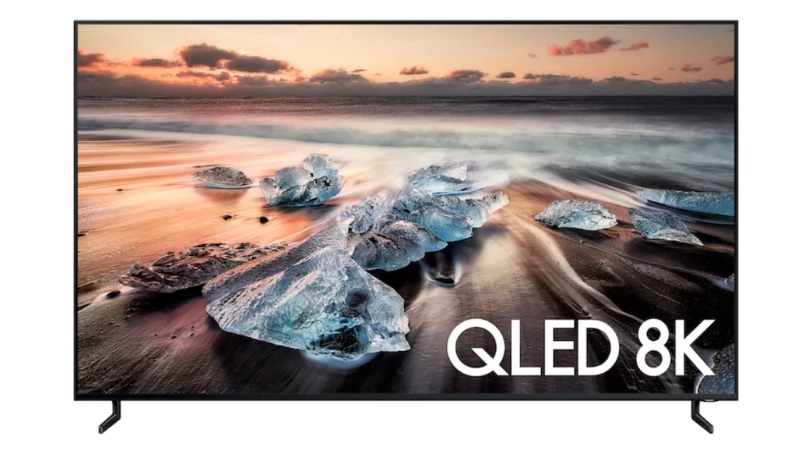 That logic extends to 8K as well. 8K content can be HDR, just as 4K content can. It also can be SDR, with more limited values for each pixel. Of course, most 8K content will probably be available in HDR, but we have no way of knowing—there’s no consumer 8K content available yet.

What Else Do You Need for 8K?

Besides an 8K screen, 8K video requires high speed leading into that screen. Four times as many pixels, each of which might have more information than pixels typically do, means 8K video takes up a lot of bandwidth. That’s a concern whether you’re watching 8K content on an as-yet uninvented 8K optical disc that supports it or streaming it over a 5G internet connection. The short answer is that 8K requires (at least) HDMI 2.1. HDMI applies to cables and home theater devices. That ensures your cables and the source devices you use can handle the bandwidth requirements necessary to carry 8K content.

Here are the numbers that show why. HDMI 2.1 is a relatively new standard intended for high- quality 4K and 8K content. It features a maximum bandwidth of 48Gbps—three times that of the HDMI 2.0 standard (18Gbps), which supports up to 4K60 video. The lower a bandwidth’s connection, the lower the resolution and video frame rate you can send over it, and the more compressed the video has to be, which hurts fine details. HDMI 2.1 can handle high-quality, uncompressed 8K video at up to 60 frames per second, and it can carry uncompressed 4K120 video as well.

So yes, that means you’ll probably have to buy new cables. Top-of-the-line certified HDMI Premium High-Speed cables are rated for only up to 18Gbps; to handle 8K’s requirements, you’ll need to wait until the HDMI Forum officially certifies some Ultra High-Speed HDMI cables, or otherwise look for cables that meet the criteria and have a maximum bandwidth of 48Gbps (Monoprice currently has two 8K HDMI cables out of its dozens of different versions). Your source device needs to support 8K video and have HDMI 2.1 compliance as well. HDMI 2.1 defines everything in the signal path from source to screen, including the ports on your media streamer, game system, or Blu-ray player. Even if your device can play 8K video, that won’t matter if it can’t actually get that video to your TV. 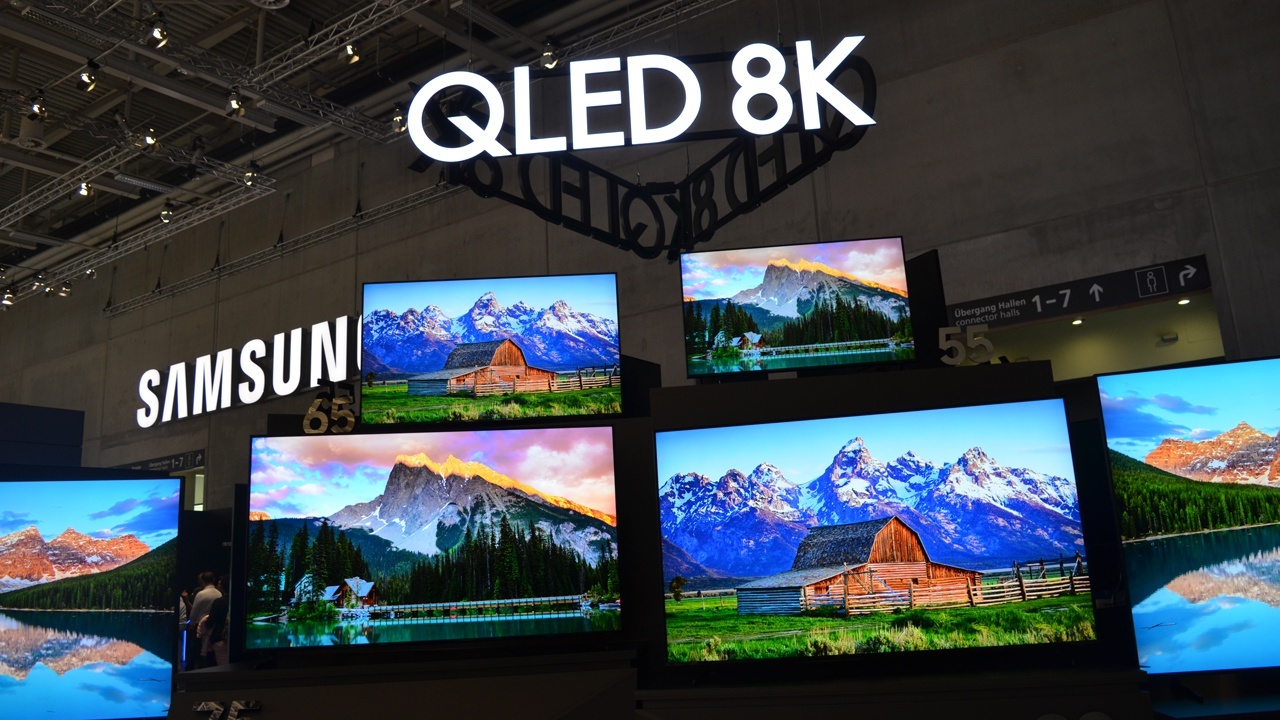 Now is not the time—at least, not for the majority of buyers. You can buy 8K TVs right now. They’re just very, very expensive, and you can’t watch any native 8K consumer content on them. They’re early-adopter toys for people who can easily drop five digits on a TV almost purely for bragging rights.

That said, the LG Signature OLED88Z9P is the most impressive TV we’ve ever tested; it’s 8K with some very strong upconversion for 4K and 1080p video.

If Not Now, When?

Most people can expect to wait at least two years before 8K TVs are a realistic choice. We’ve started to see 8Ks become the new “premium” TV tier, still a solid jump in price but presented as the top-of-the-line consumer models instead of cutting-edge technology you have to special-order.

Expect to see midrange 8K TVs, likely in the $2,000 range, later this year. The technology has been polished and optimized to make manufacturing 8K TVs at a large scale to be sold at those prices, but they’ll still demand a premium. You won’t be getting a $1,000 8K TV anytime soon.

Of course, that’s just the TV side of things. Content is another story and a much bigger question. 8K content has yet to come to any streaming, broadcast, or physical media. Shows and movies still need to be shot, mastered, and distributed in 8K at a significant rate. The BBC and NHK have been experimenting with transmitting 8K video, but outside of very limited tests, don’t expect to see that become widespread anytime soon; we still don’t have 4K broadcasts in the wild. We’ll be waiting another few years for native 8K content to become available to consumers. Streaming video will probably come out first.

While none of the major streaming services (besides YouTube’s support of the format) have announced 8K plans yet, the first 8K shows and movies in the home will probably come from Amazon, Apple TV+, Disney+, and Netflix.

Hopefully, we’ll hear some rumblings for 8K-compatible physical media around the same time. Though Ultra HD Blu-ray discs didn’t set the world on fire the way regular Blu-rays and DVDs did, they’re a vital part of a cinephile’s movie collection. Whether it’s 8K optical discs or some new solid state media, hopefully we’ll still be able to hold our favorite films in our hands and watch them in 8K.

Then there’s 8K gaming. On paper, the PlayStation 5 and Xbox Series X are capable of 8K. Both Sony and Microsoft say their newest consoles will eventually support 8K content, including video games. However, neither system is currently 8K-enabled, so it looks like we’re in for a bit of a wait.

As for broadcast, cable, and satellite? Don’t hold your breath. Even 4K video is extremely limited through those services. Besides BBC/NHK test broadcasts, don’t expect to see 8K over the airwaves in the near future.

So for now—and for the next couple of years—4K is just fine. Head over to our picks for the best TVs to find the right model for you.