with CLIPREVIEWED learn the articleWe Were Promised a New Keyboarded BlackBerry, So Where Is It?

Although TCL killed its license to make BlackBerry phones last year, the unkillable BlackBerry fandom lives on, buoyed by the promise of a quality smartphone with a hardware keyboard. The BlackBerry fandom’s hopes were raised last August by the appearance of OnwardMobility, a new licensee that said it would make new BlackBerrys, but months later, people are asking: when will the new BlackBerry come out?

OnwardMobility promises a BlackBerry smartphone during the “first half of 2021,” but it’s been curiously quiet since its initial announcement last August. I checked in with the company, and didn’t get much of an update. While it’s hiring sales staff, it has zero to say about the development of an actual product.

“Currently, OnwardMobility is actively interviewing and hiring for some key positions in the company,” the company says. It did not give any updates about product development or features, just staffing. Its most recent update as of Jan. 11 adds a European business head and a director of government sales.

Matthew McFee, the company’s VP of government sales, worked at Sonim for three years before joining OnwardMobility. But his LinkedIn page says he also has a completely separate job at Signifi Mobile, a maker of cellular boosters, which he just started. So that’s a little weird. It looks like he’s hedging his bets. OnwardMobility’s new European director, Gerard Boutibonnes, comes from 10 years at TCL, which was the previous BlackBerry licensee.

Whether this staffing challenge will slow down the company’s supposed release of a keyboarded, 5G, BlackBerry-branded smartphone is up for grabs, because that’s all the company gave me when I asked. While OnwardMobility founder Peter Franklin said in August that more information would come out about the company’s product strategy, no such information has been revealed.

Neither OnwardMobility nor its manufacturing partner, FIH, have any recent entries in the FCC’s wireless device database, although they may be holding their applications as confidential or submitting them under a different company’s name.

The company’s Twitter feed also doesn’t have much in the way of fresh details, although Franklin appeared on a BlackBerry-themed podcast in November, where he said the device will be enterprise-first, and is designed for an application used by Bank of America. The popular CrackBerry forums, meanwhile, have degenerated into a fever swamp of people desperately searching for scraps of information. 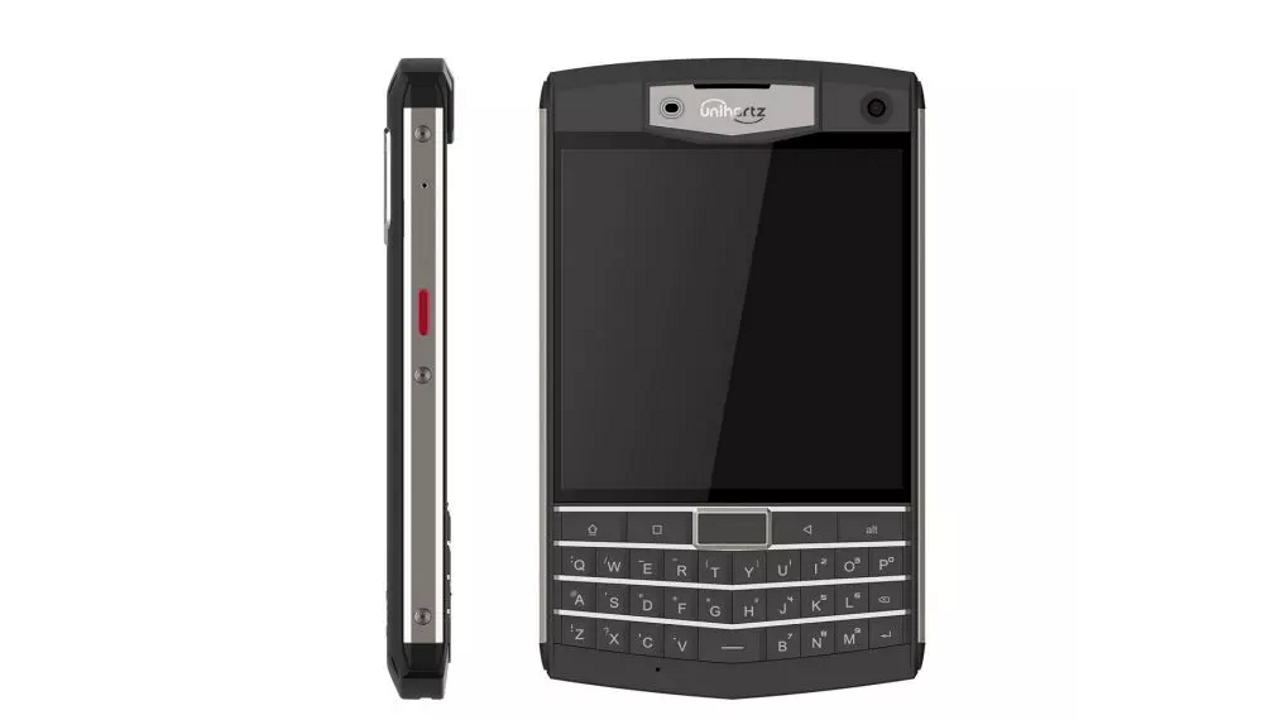 The Unihertz Titan, which will also probably not be the new BlackBerry.

This leaves the Unihertz Titan, the FxTec Pro1 X, and the Planet Astro Slide as the most notable keyboarded phones we know about.

Several people on the CrackBerry forums make jokes about the new BlackBerry being “a Unihertz Titan with a BlackBerry sticker,” but I personally don’t think that’s where OnwardMobility is going. With so many ex-Sonimites on board and an enterprise focus, we’re just as likely to see an unholy cross between a Sonim XP5 and a BlackBerry Pearl. I’m half joking, but only half.

In any case, it would be great if OnwardMobility stepped out of the shadows to clear this up.