Smartwatches range in price from the very cheap $20 Wyze Watch right up to the $399 Apple Watch Series 6. Now we have Watchy—a smartwatch that’s also a DIY project and it only costs $50.

As Gizmodo reports, Watchy was created by Squarofumi, and it’s built using open source hardware and software. It’s available to purchase on the makers marketplace Tindie for $49.99 (when more stock is available), although it’s currently discounted to just $44.99. For that you’re getting a fully-assembled Watchy PCB (based on the ESP32 board) sitting underneath a 1.54-inch E-Paper display with a resolution of 200-by-200 pixels. There’s also a 200mAh battery and a watch strap included. 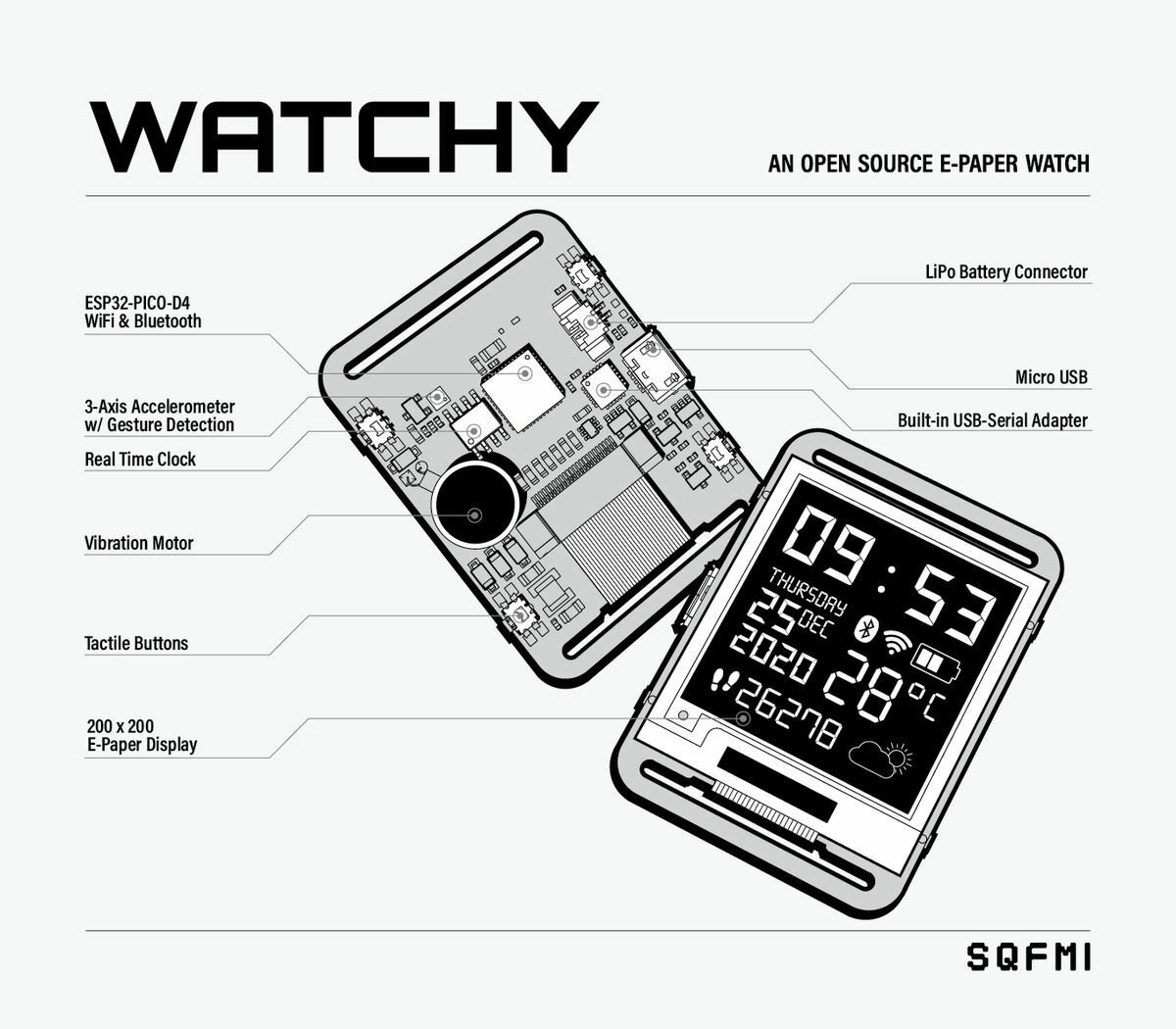 This smartwatch relies on a 200mAh battery thanks to the use of an E-Paper display, which only draws power when updating the screen. Battery life is rated at up to seven days. And although cheap, it’s certainly feature-rich. Watchy offers WiFi and Bluetooth LE connectivity, a three-axis accelerometer and gesture detection, a vibration motor for alerts, four tactile buttons, lots of watch faces to choose between, and a real-time clock allowing for accurate time keeping, calendar functionality, and alarms.

An built-in USB serial adapter allows for owners to produce new software for Watchy using the Arduino integrated development environment, and “tons of examples” are included to encourage you to experiment. As it’s open source, there’s also the ability to customize what surrounds Watchy, be that 3D-printed watch cases, custom watch straps, or using it as a completely different time-keeping device.