with CLIPREVIEWED learn the articleVirgin Galactic Reveals Its Under Armour Spacesuits

Created in collaboration with Under Armour, the blue rompers (and accompanying, but not-pictured, footwear) will be part of the first human spaceflight from New Mexico—due to launch this month.

Chief pilot Dave Mackay and pilot CJ Sturckow are set to don the new non-pressurized spacesuits, “which not only aesthetically convey the pilots’ role in Virgin Galactic’s mission, but which also practically supports their unique task of flying regularly at over three times the speed of sound into space and back,” the aerospace company said.

“A pilot’s flight suit has been refined over the decades to embody a certain undeniable look and function, but they also have to perform beyond expectations,” according to Randall Harward, Under Armour’s SVP of Material and Manufacturing Innovation, who highlighted the outfits’ comfort, support, movement, and temperature management. “Our goal was to build a suit that leaves a pilot—like any athlete—feeling confident and with zero distractions during a critical moment of performance,” he added. “It’s been a fascinating journey.” 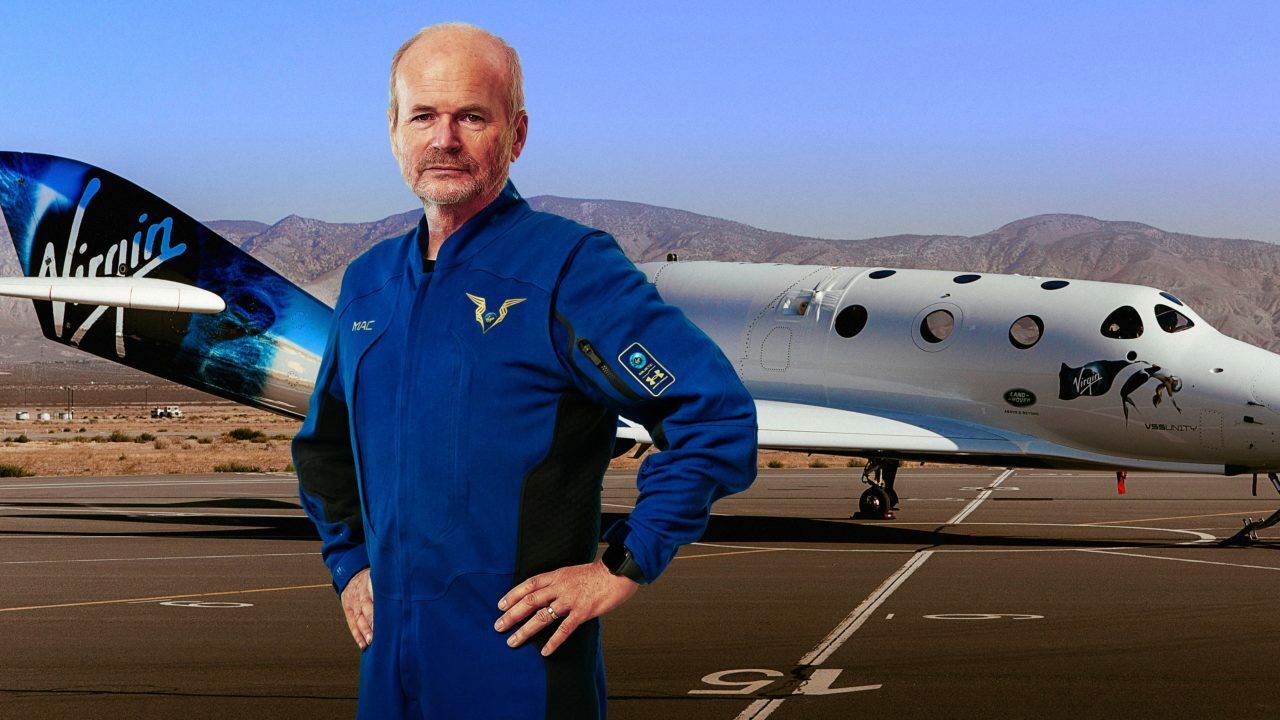 Each spacesuit, made of robust flight-grade fabrics, weighs just over 2.2 lbs., allowing comfort in all stages of the journey—from initial boost to zero gravity. And while they share a common color palette, the outfits also provide a subtle nod to each crew member’s role. Black accents are more than a nod to the black sky of space: They help set the pilots “a little apart” from the rest of the team.

“It’s a real honor for all of us in the Virgin Galactic Pilot Corps to wear these spacesuits,” Mackay added. “As soon as you step into the suit, you immediately get a sense of the significance of our mission.” Also look for the Virgin Galactic pilot wings emblem, “which captures the spirit and essence of flight and represents the elegance, speed, and dynamism of a Virgin Galactic spaceflight,” the company said.

The spaceflight arm of Richard Branson’s Virgin Group, Galactic was founded in 2004 and has amassed a collection of commercial and industry knowledge, which it plans to put to good use managing commercial flights and training private passengers. In June, the firm inked a deal with NASA to send private citizens to the International Space Station as part of the Space Act Agreement, aimed at encouraging “commercial participation in orbital human spaceflight … while enabling the development of a robust economy in low-Earth orbit.”

Virgin Galactic will develop a “private orbital astronaut readiness program,” open to folks interested in purchasing private missions to the ISS—from citizen expeditions to government-enabled research assignments. One ticket covers transportation to the artificial satellite, as well as on-board and ground resources.