Imagine buying a PC game, and then finding out you couldn’t activate your copy because you lived in the wrong country.

It’s a headache that Valve’s Steam has been causing for PC gamers in Europe, according to government regulators. So on Wednesday, the European Commission imposed a $1.9 million fine against Valve, claiming the company breached local antitrust rules.

According to the commission, Valve and five other game developers engaged in “geo-blocking” from 2007 to 2018, which can prevent a digital PC game from being activated depending on the country in which the consumer resides. The games were sold to European users via Steam activation keys. However, the developers —including Capcom, Bandai Namco, and ZeniMax— had set up agreements with Valve to block the activation keys if they were triggered in countries including Czechia, Poland, Hungary, Romania, Slovakia, Estonia, Latvia, and Lithuania. 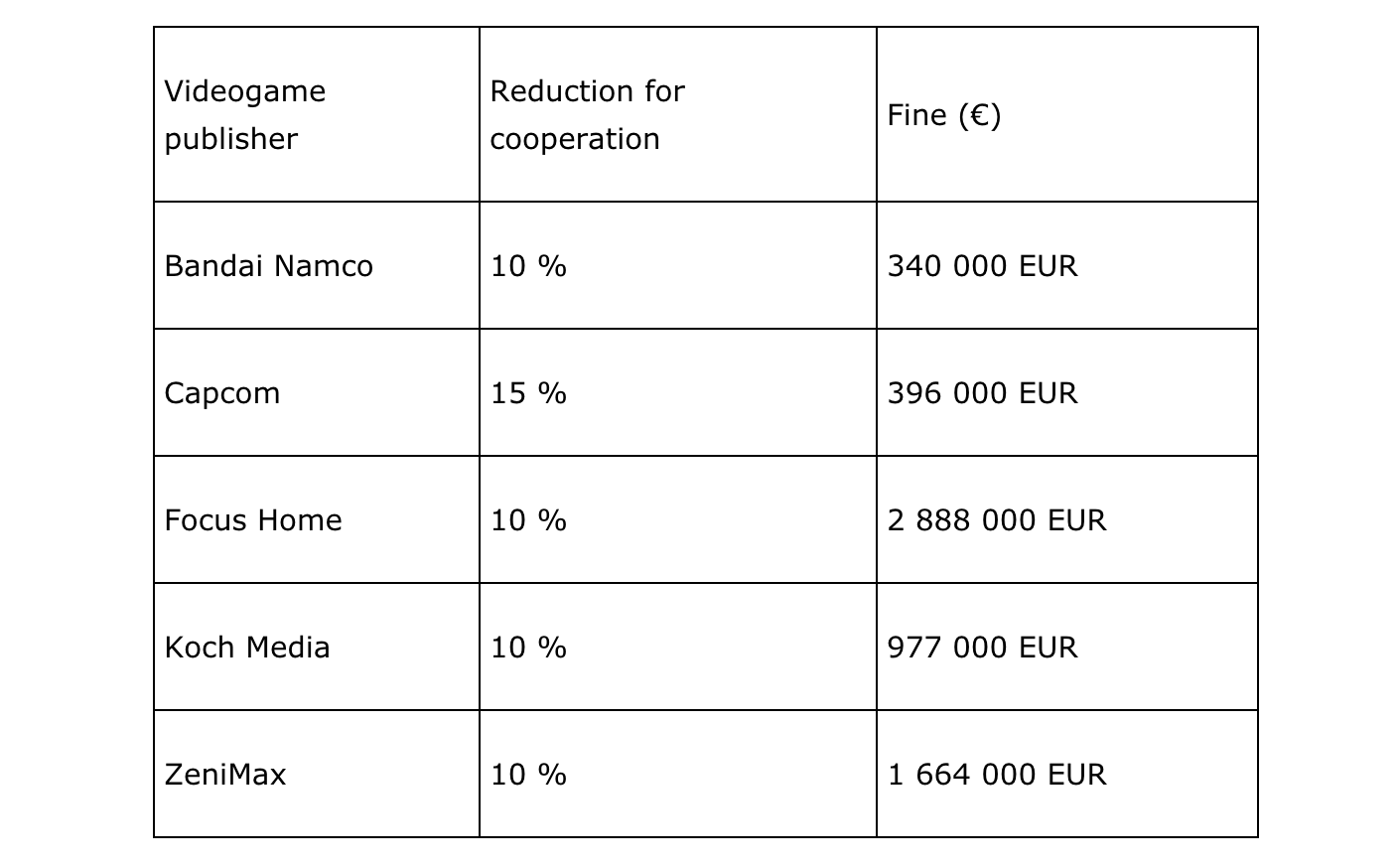 “The geo-blocking practices concerned around 100 PC video games of different genres, including sports, simulation and action games,” the commission said. “They prevented consumers from activating and playing PC video games sold by the publishers’ distributors either on physical media, such as DVDs, or through downloads.”

So why geo-block? By using the practice, a publisher can sell one game in France at a lower price, but potentially charge a higher fee for consumers in Eastern Europe. 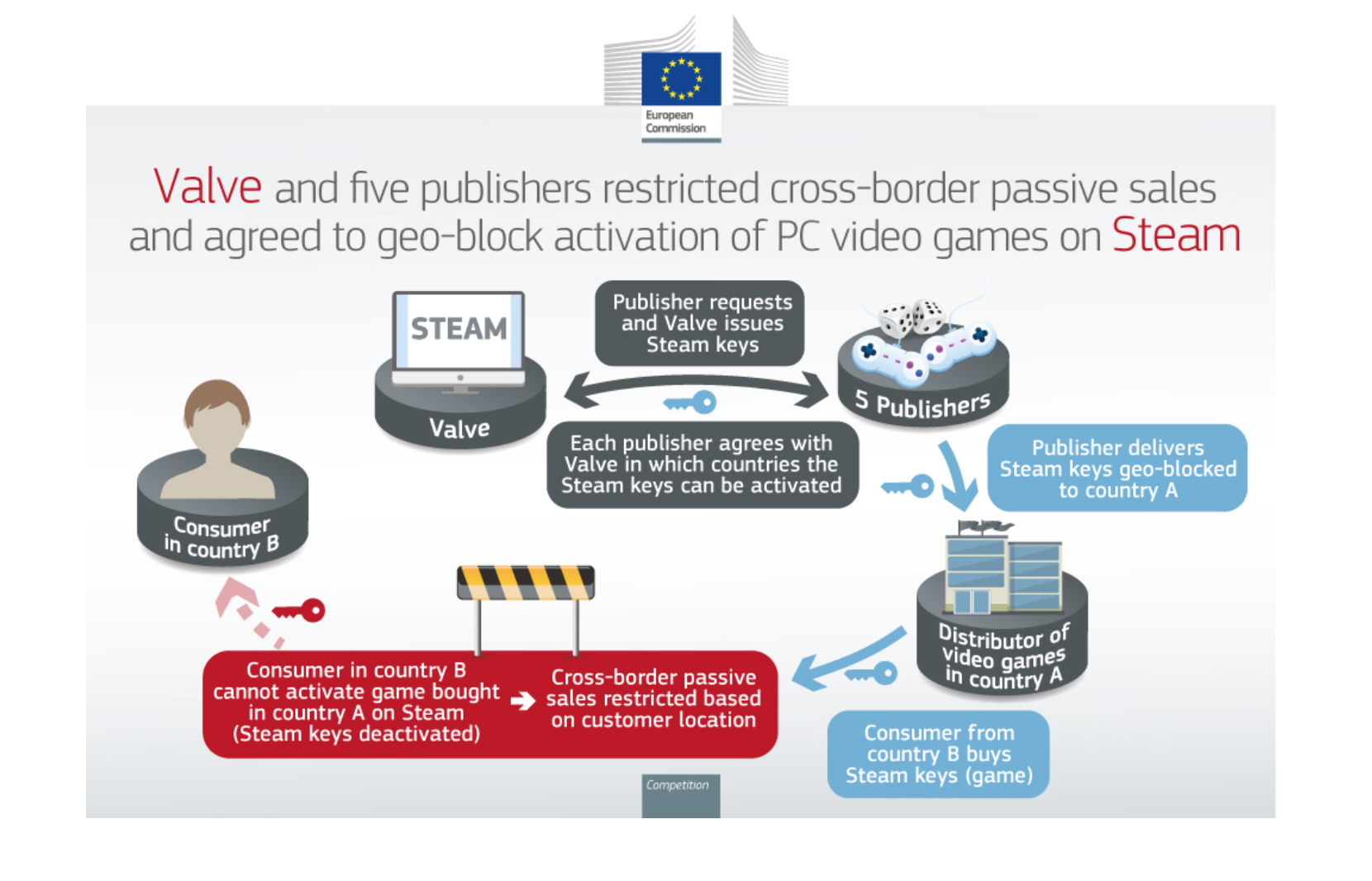 In addition, the geo-blocking stamps out attempts by consumers to purchase a game at discount. For example, a user in Romania might try buying a title from a third-party dealer in France, thinking they received a bargain, only to realize it won’t activate due to their computer’s location.

“Such practices deprive European consumers of the benefits of the EU Digital Single Market and of the opportunity to shop around for the most suitable offer in the EU,” said Commission Executive Vice-President Margrethe Vestager in today’s announcement.

The five other game developers involved in geo-blocking were fined over $7.2 million. All of them cooperated with the commission’s investigation except Valve. The commission didn’t mention what would prevent Valve from engaging in the geo-blocking practices again. But the regulator does note affected consumers can sue the company in court for damages.

“During the seven-year investigation Valve has cooperated fully, providing all requested evidence and information to the Commission. We disagree with these findings, and plan to appeal the decision,” Valve said in a statement.