Twitter is working on a way for you to make money off your tweets.

The company is basically taking a page from Patreon or OnlyFans. For example, if you’re an artist or actor, you can use the Super Follow system to charge willing followers $4.99 per month for access to private tweets containing songs or video trailers. Twitter’s chief design officer, Dantley Davis, said the Super Follow system will enable content creators on the platform to receive funding from their loyal fans. And presumably, Twitter will take a cut of the revenue.

The company posted images of what Super Follow could entail. One image in particular shows content creators will be able to have audio conversations with their paid followers, which sounds similar to the Clubhouse app. Davis also mentioned Twitter is exploring adding a “tipping” function, giving content creators another way to draw funding from their fans. 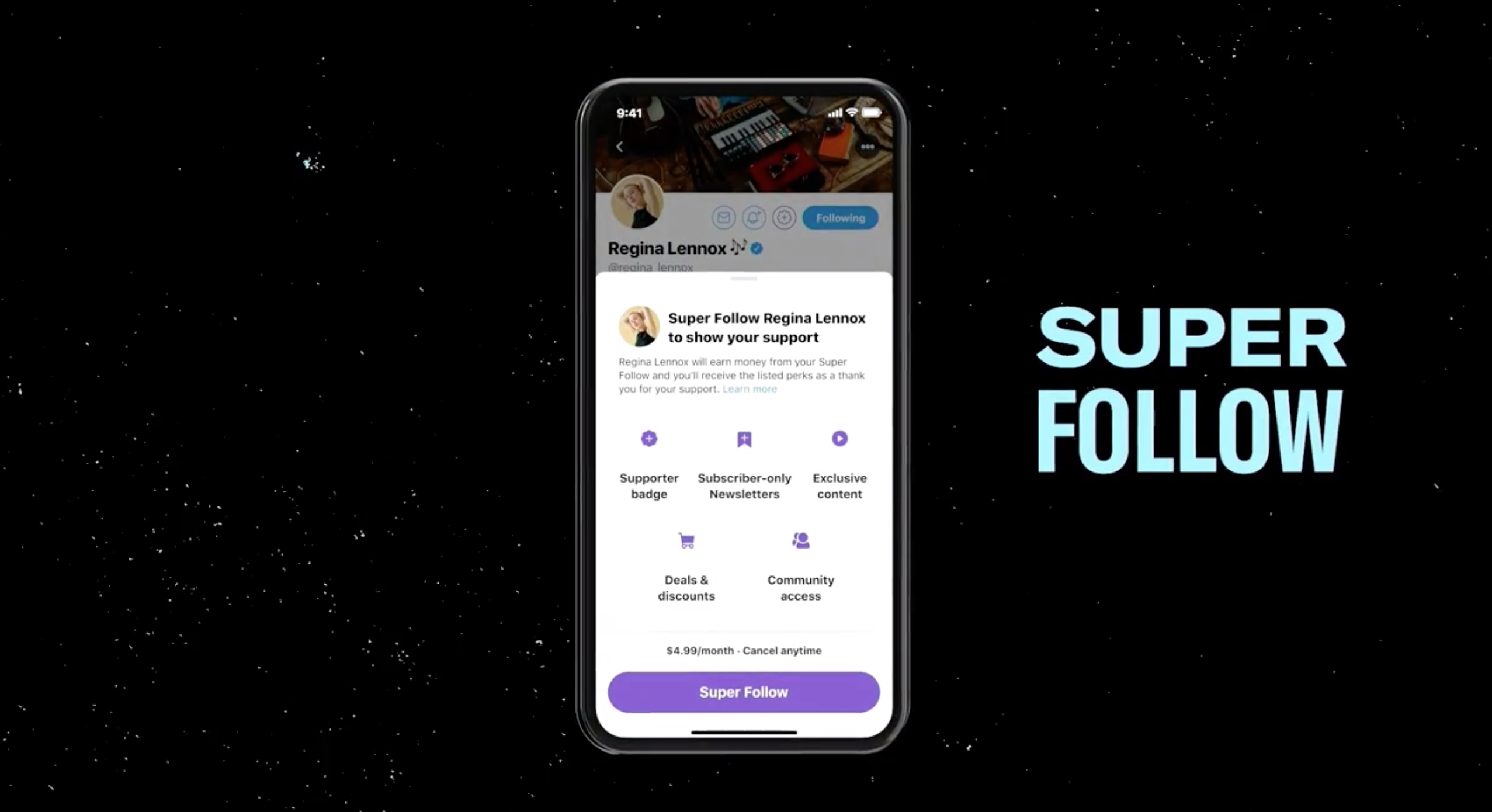 Twitter didn’t say when the Super Follow system will arrive. But it’s part of the company’s effort to generate revenue outside of digital ads through subscription services. Other avenues will include charging users access to Tweetdeck and other analytic programs that can help influencers and businesses gain followers, Twitter executives said during the investors’ event.

Last month, the company acquired newsletter platform Revue. The goal is to use Revue as a way for Twitter’s users to publish free or paid newsletters, which their followers can subscribe to.