Want Nvidia’s new RTX 3060 card? Well, if you’re in the US, your best bet is to enter Newegg’s raffle system.

On Thursday, Nvidia launched the RTX 3060, the most affordable entry in the RTX 3000 series. But to no one’s surprise, the card was incredibly hard to buy. Over on BestBuy.com, the RTX 3060 units apparently sold out in minutes, if not seconds. Internet users say the retailer began selling the product at about 9:15 a.m. PST. However, when we visited the site at 9:19 a.m., the inventory was listed as sold out. 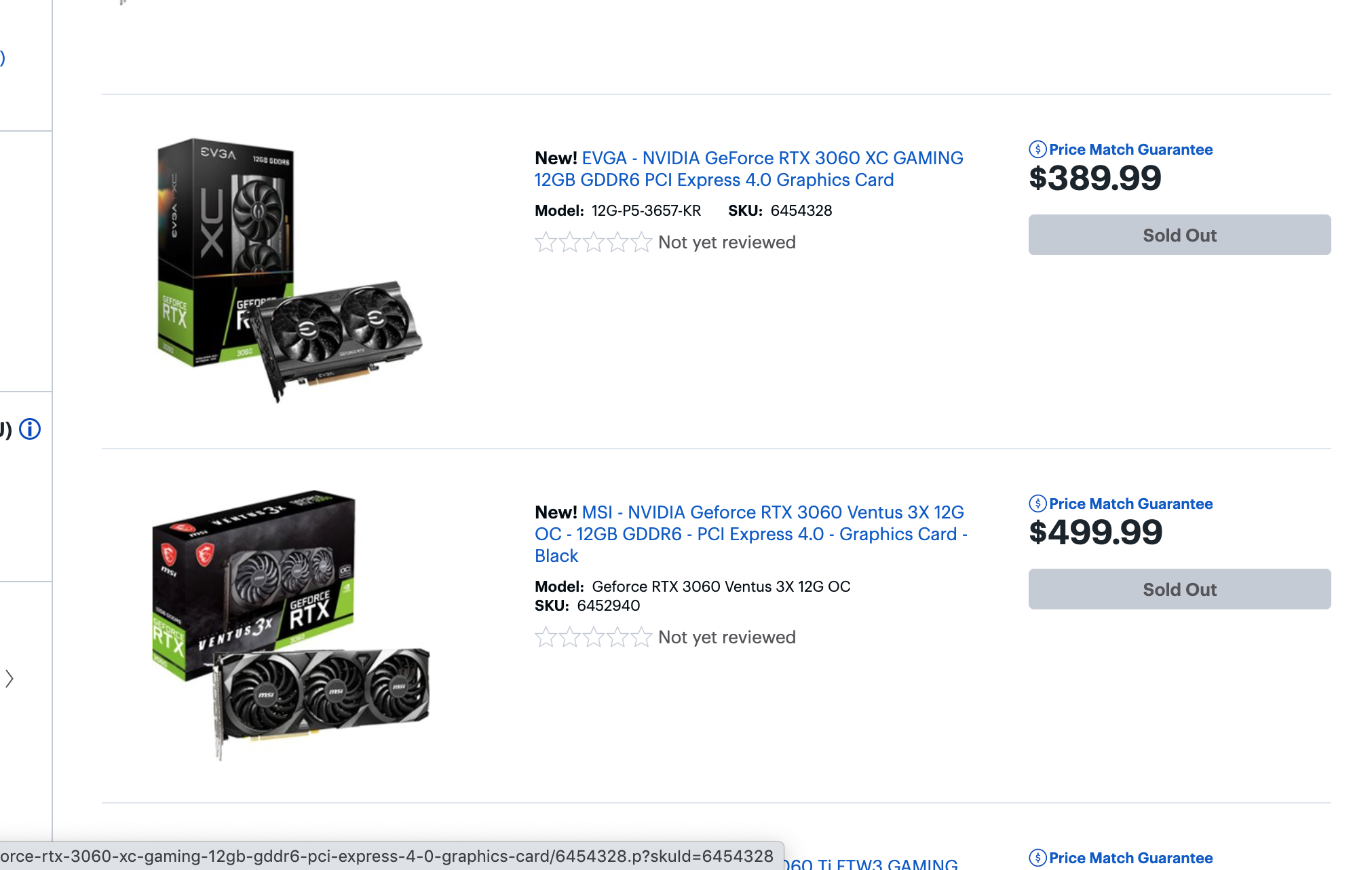 “I clicked add to cart and they (Best Buy) said I had to wait, then it sold out not even a minute after,” one prospective buyer told us.

Graphics card vendor EVGA has also been selling the RTX 3060. However, its website for the sales was apparently hit with a surge in user traffic. It wasn’t until 9:29 a.m. that EVGA’s site for an RTX 3060 model finally loaded for us, but by then, it listed the product as sold out. 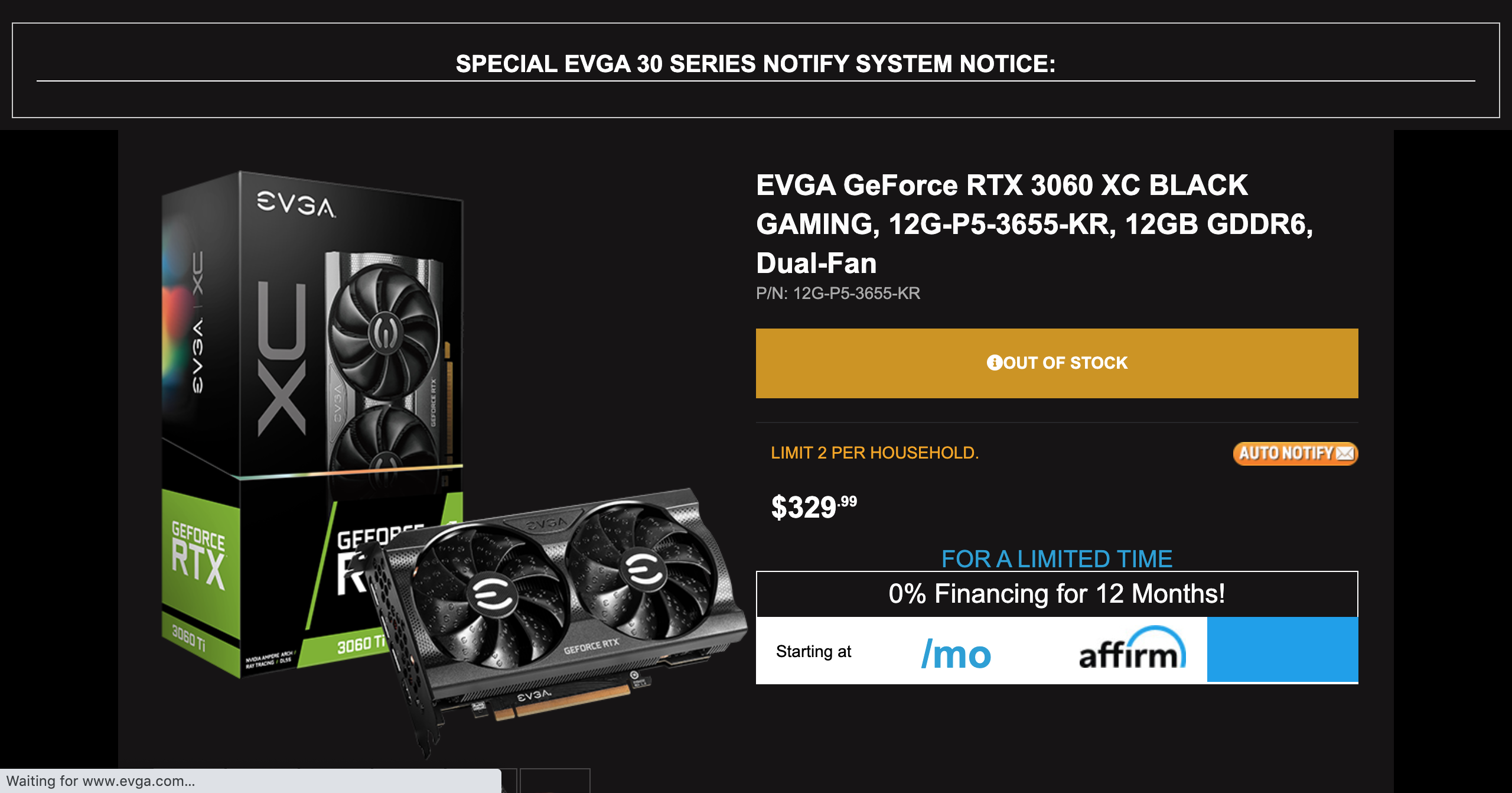 The “auto-notify” button to enter a customer queue to reserve a backorder also failed to work until about 10:08 a.m. PST.

However, Newegg decided to drop the whole first-come, first-served approach to Nvidia’s RTX 3060. Instead, it created a raffle system called “Newegg Shuffle” to distribute the products. Newegg began testing the raffle system last month for in-demand products, including the RTX 3000 series GPUs. The system works like this: Usually between 9 a.m. to 11 a.m. PST Monday to Friday, consumers can enter a lottery for the product they’d like to buy. Newegg will then draw the winners at random, and send out the notification email in the afternoon.

“Winning customers then have a 3.5-hour window to complete their transaction,” the company said in a statement. “Newegg has also taken steps to eliminate users with multiple accounts, as well as ban IP addresses of anyone suspected of using auto-refresh, autoload and crawler software to gain an unfair advantage.” 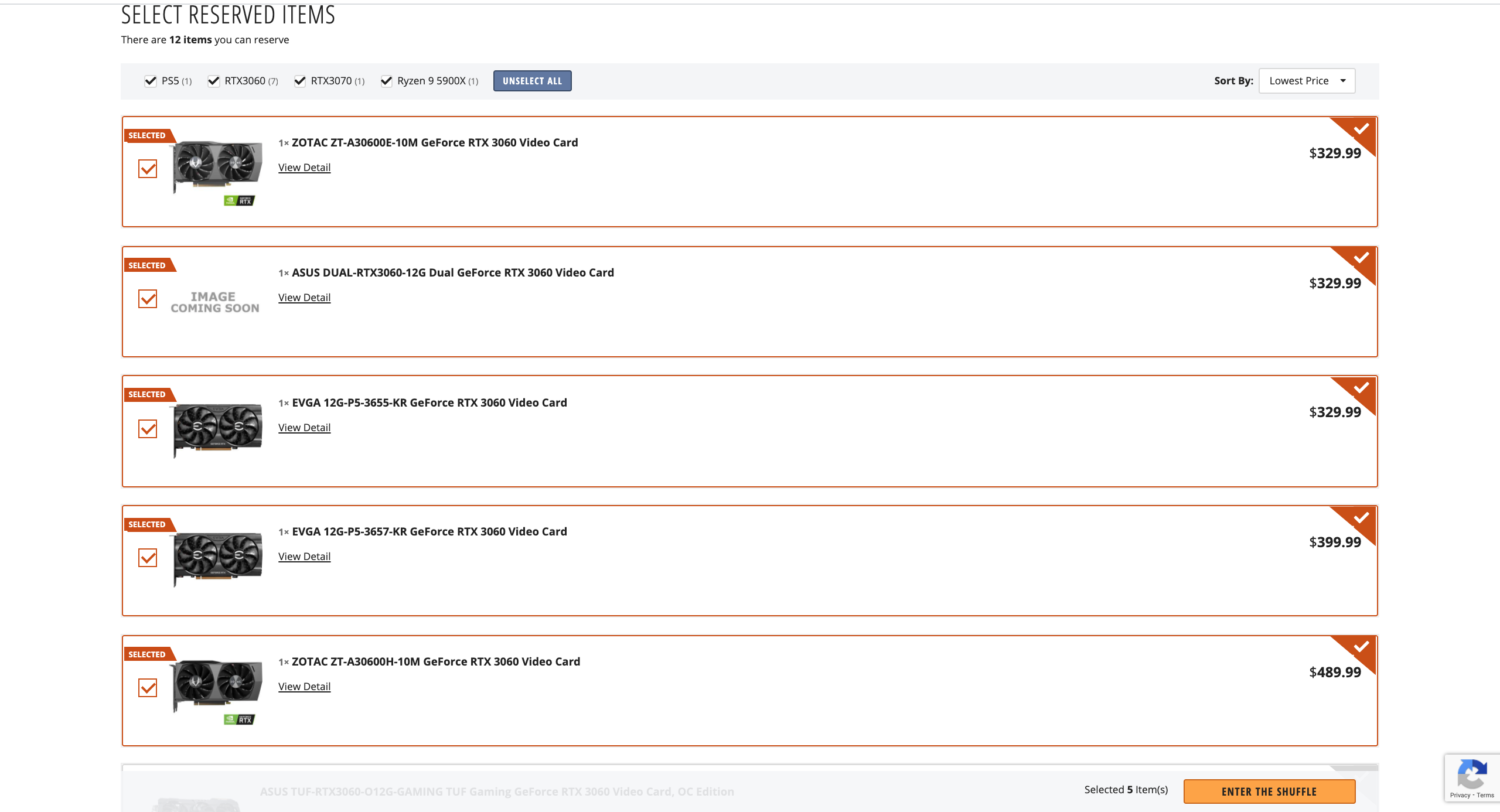 The Newegg Shuffle is currently holding a lottery for seven RTX 3060 cards, which start from $329 to $519. A Newegg spokesperson told us that at least for today, sales for the RTX 3060 units will only occur through the Shuffle system.

In addition to graphics cards, the Shuffle system has also been holding lotteries for the PlayStation 5 and AMD’s Ryzen 5000 CPUs. As for Amazon, we haven’t seen any RTX 3060 units available on the site.