The Samsung Galaxy Tab A 8.0

The need to stay at home during the pandemic has given tablet sales a boost.

Third quarter global tablet shipments were up 43 percent year over year to 44.3 million units, according to research firm Canalys. Before the pandemic, they had been in free fall due as consumers flocked to large screen smartphones. However, the need for remote work and education during COVID-19 revived demand for the products at a time when people are searching for affordable home computing.

“Tablets have come back from the dead as they deliver the perfect balance of mobility and computing power at a wide range of price points during such a crucial time,” said Canalys analyst Victoria Li in a statement.

Shipment numbers were also up in the second quarter when the pandemic led to lockdowns across the globe. During the period, vendors shipped 37.5 million units for a year-over-year increase of 26 percent. According to Canalys, the last two quarters have been the only period of growth for tablet shipments in the last five years

The leader in the market is Apple, which achieved a 33 percent share of tablet shipments during the third quarter thanks to its iPads. However, the second largest tablet vendor, Samsung, saw its year-over-year shipment growth in the period at nearly 80 percent. 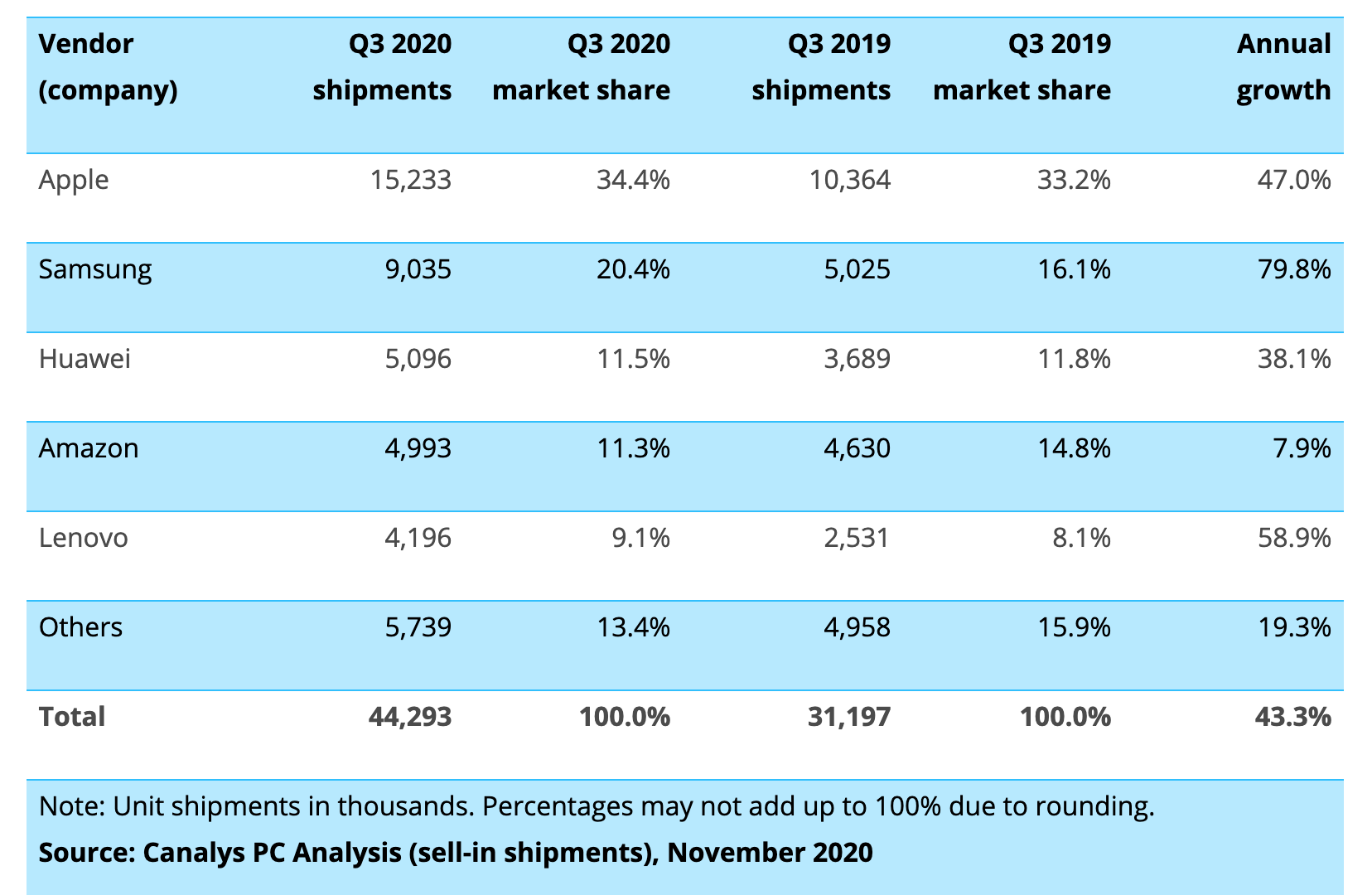 Demand for PCs has also surged during the pandemic. But in Thursday’s report, Canalys called out Chromebooks as a category that’s experiencing surging demand. During the third quarter, shipments for the Google-powered laptops were up a stunning 122 percent year over year.

Still, total Chromebook shipments in the period were only at 9.4 million units, representing a small slice of the overall PC market. However, the demand is expected to remain steady since Chromebooks have grown popular in the education market at a time when COVID-19 is forcing schools to rely on remote teaching. 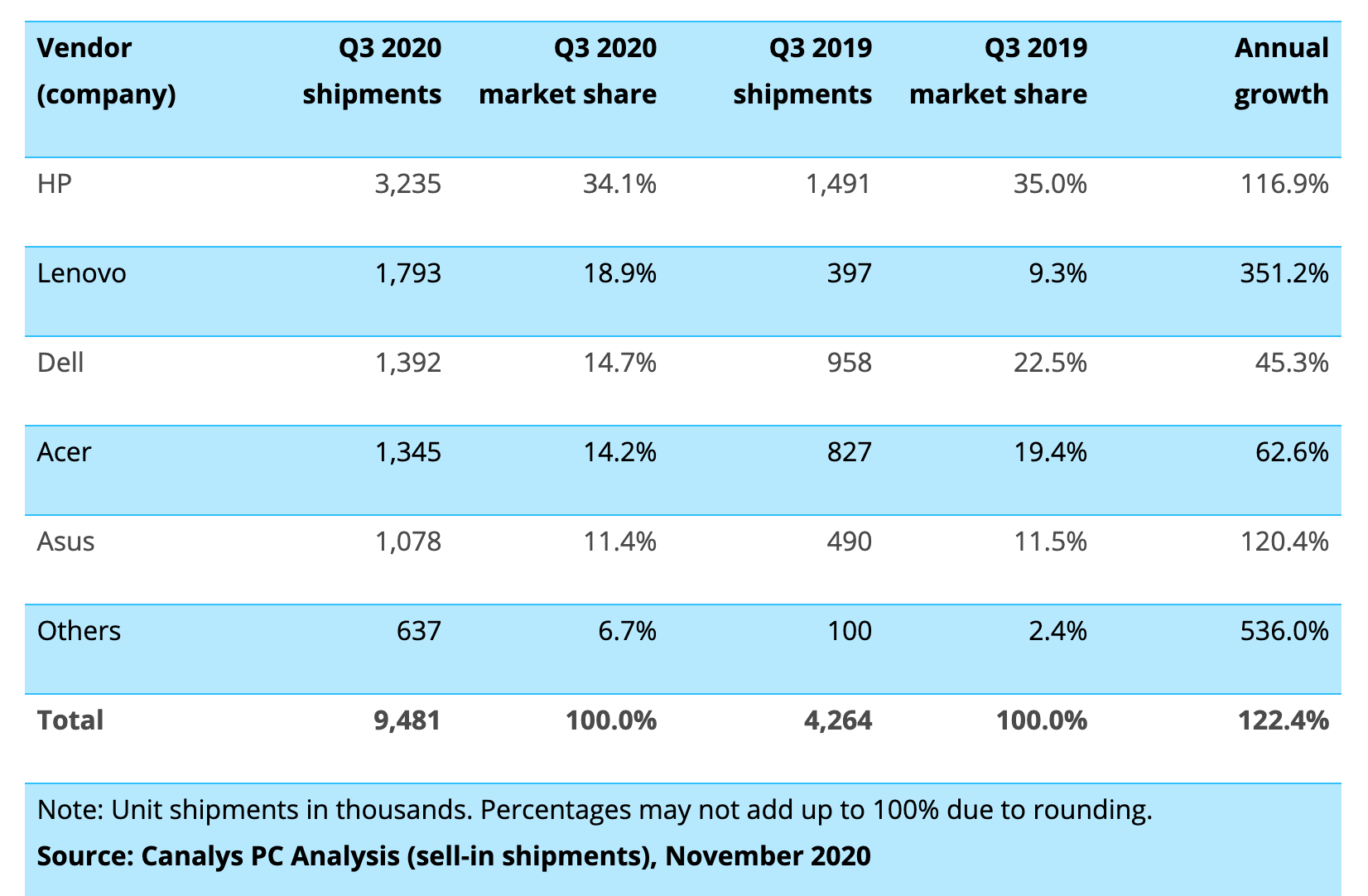 “Furthermore, Chromebooks have played an important part in satisfying consumers’ and SMBs’ needs to get their hands on a basic computing device,” wrote Canalys Analyst Ishan Dutt in the report. “Although production and distribution ramped up, the huge surge in demand led to orders being unfulfilled, and Canalys expects high shipment volumes to continue into the start of 2021.”