The Raspberry Pi offers a very cheap way to get a desktop computer, unless of course, you decide to place it inside this gorgeous solid copper case.

As Tom’s Hardware reports, the Solid Copper Maker Block Case for Raspberry Pi 4 from Desalvo Systems costs an eye-watering $249.95. In return, you not only get a case that’s sure to draw the eye, but it can keep your Pi running cool even at the highest of overclocks. 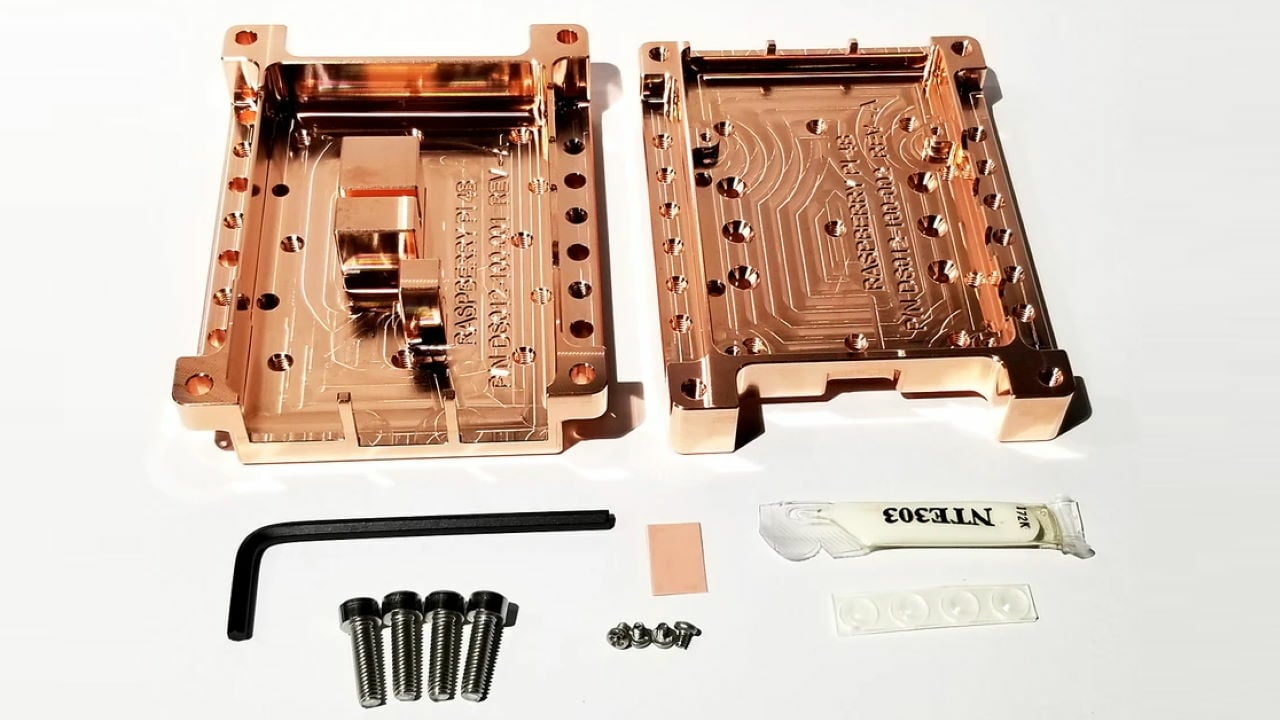 The case is CNC machined from a solid block of copper, and done so with a very high precision to allow all the ports and GPIO connector to remain accessible. Blocks are left in place to act as heatsinks for the system-on-chip, RAM, and PCIe chips, which turns the whole case into a giant copper heatsink. It works based on the graph Desalvo shared, showing that even with the Pi 4 overclocked to 2.1GHz, temperatures hold steady at around 50 degrees Celsius.

If you want to run such a high overclock (the Pi 4 runs at 1.5GHz stock), then perhaps this is the case for you. However, at $249.95 it’s seven-times more expensive than a $35 2GB Raspberry Pi 4, and over three-times more expensive than the most expensive $75 8GB model. Desalvo does offer the same case made out of aluminum, which also looks great and only costs $49.95, but it doesn’t come close to the thermal performance of the copper model.