with CLIPREVIEWED learn the articleSold Out? How to Beat the Rush and Score an Xbox Series X, PS5 From Retailers Online

Are you still trying to find an Xbox Series X or a PlayStation 5? We feel you. Both products have been selling out in minutes due to the intense demand from consumers and scalpers buying up all units. But don’t let the constant “out of stock” notices deter you.

Last week, I wrote about the tips I used to buy an Nvidia RTX 3070 card and AMD Ryzen 5800X CPU. Despite the insane demand, I succeeded in purchasing them online. It then made me wonder: Could the same approach help me buy a next-generation video game console?

The answer is yes. I could’ve bought an Xbox Series X yesterday, even though the product remains largely out of stock. I used a free inventory-tracking service, called HotStock.io, which alerted me about an Xbox Series X restock occurring on Microsoft’s online store.

HotStock.io is pretty straightforward to use: search the product for which you’d like to get alerts. It’ll then monitor the product listings for restocks, and send you notifications via your browser, email, or over the mobile app. In exchange, you have to give them a valid email address, which can then be shared with third-party companies. 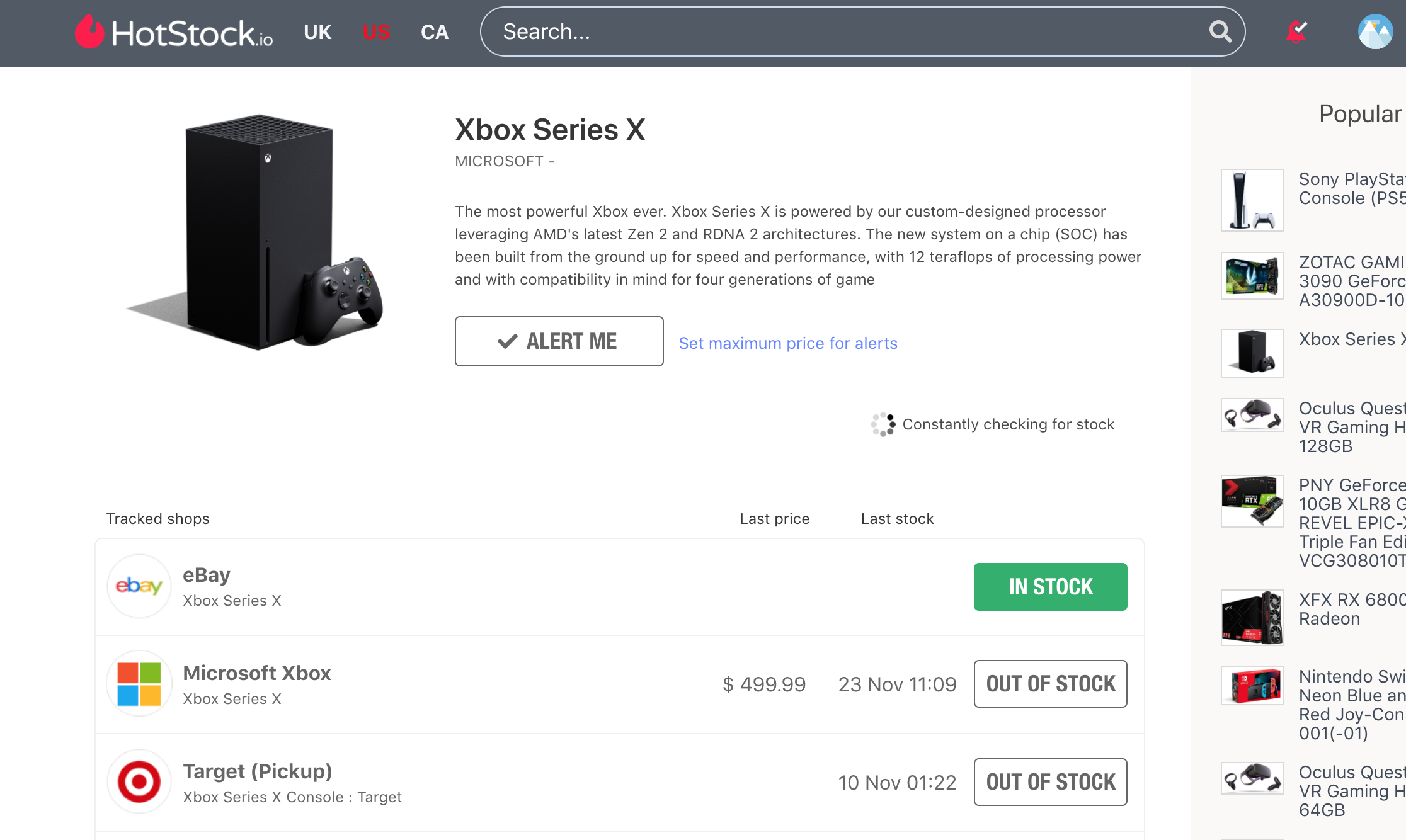 I set an alert for the Xbox Series X on Monday morning, and let it run in a browser tab while I worked. About an hour later I got a notification for a product restock on the Xbox.com site. I tried to buy the product, adding it to my cart. However, I hadn’t used my Microsoft account in ages. So I was forced to update my account details, which slowed down the process, making me miss out on the short sales window. The lesson: make sure you fill out all the account details beforehand.

Fortunately, Microsoft restocked the product again in the morning. It gave me another chance to buy the console, and reach the end of the checkout process. And since the major retailers are continually receiving new product supplies, it’s a good bet more stock will become available throughout the week. 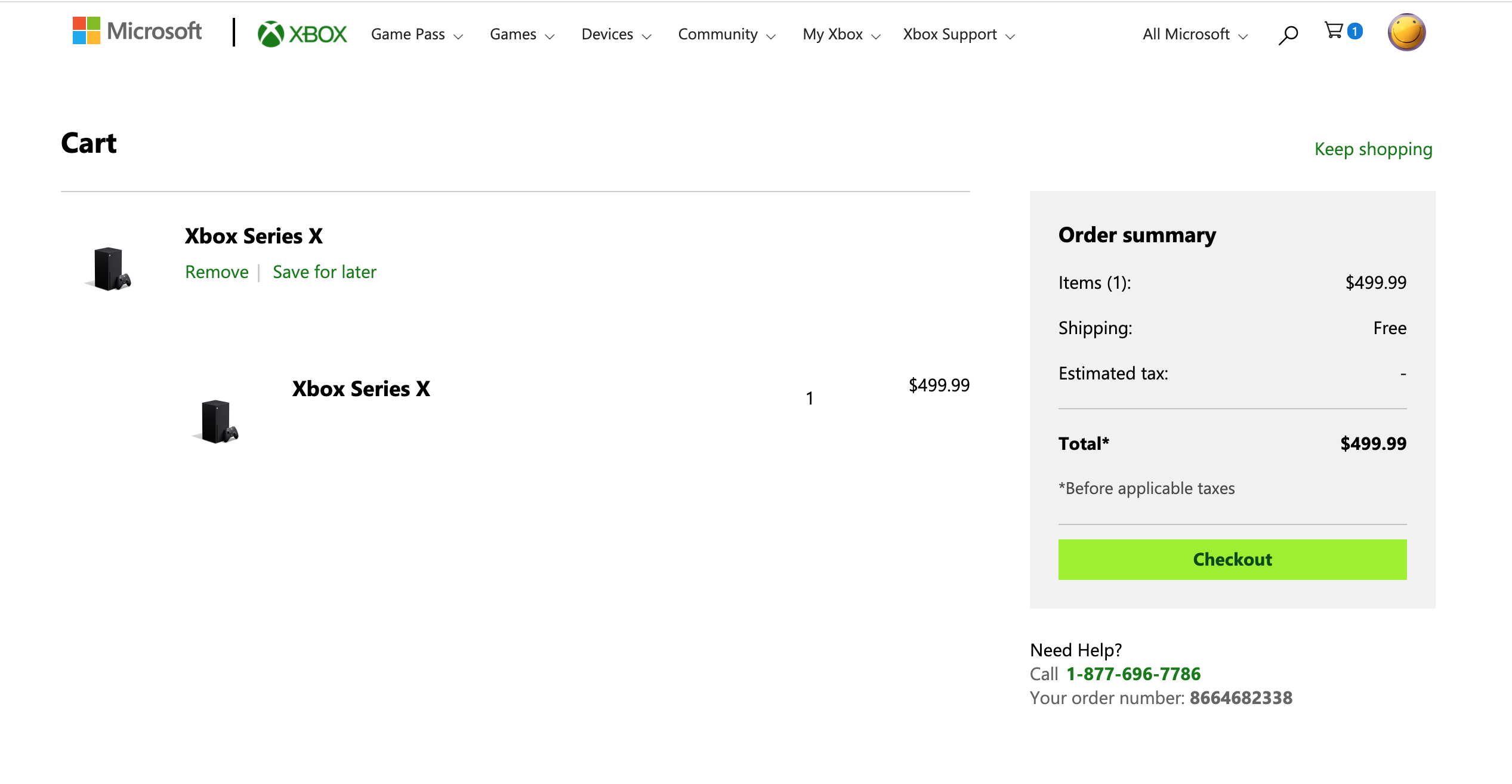 However, the product-tracking services aren’t flawless. For instance, HotStock.io occasionally sent me false alarms about product restocks. The email alerts also didn’t always hit my inbox. I’ve also been using a similar service called Nowinstock.net to track the console availability, but it failed to alert me about Microsoft’s Xbox Series X restock before the units ran out.

Other users have told me they’ve been joining chat rooms devoted to product restocks on Discord to help them buy the products. Users there will routinely post when in-demand items become available at the major retailers. But again, you’ll have to act fast to secure your order.

All these tips can also apply to the PlayStation 5. On Monday night at around 7:45 p.m. PST, both Nowinstock.net and HotStock.io sent me alerts for a PS5 restock on GameStop. 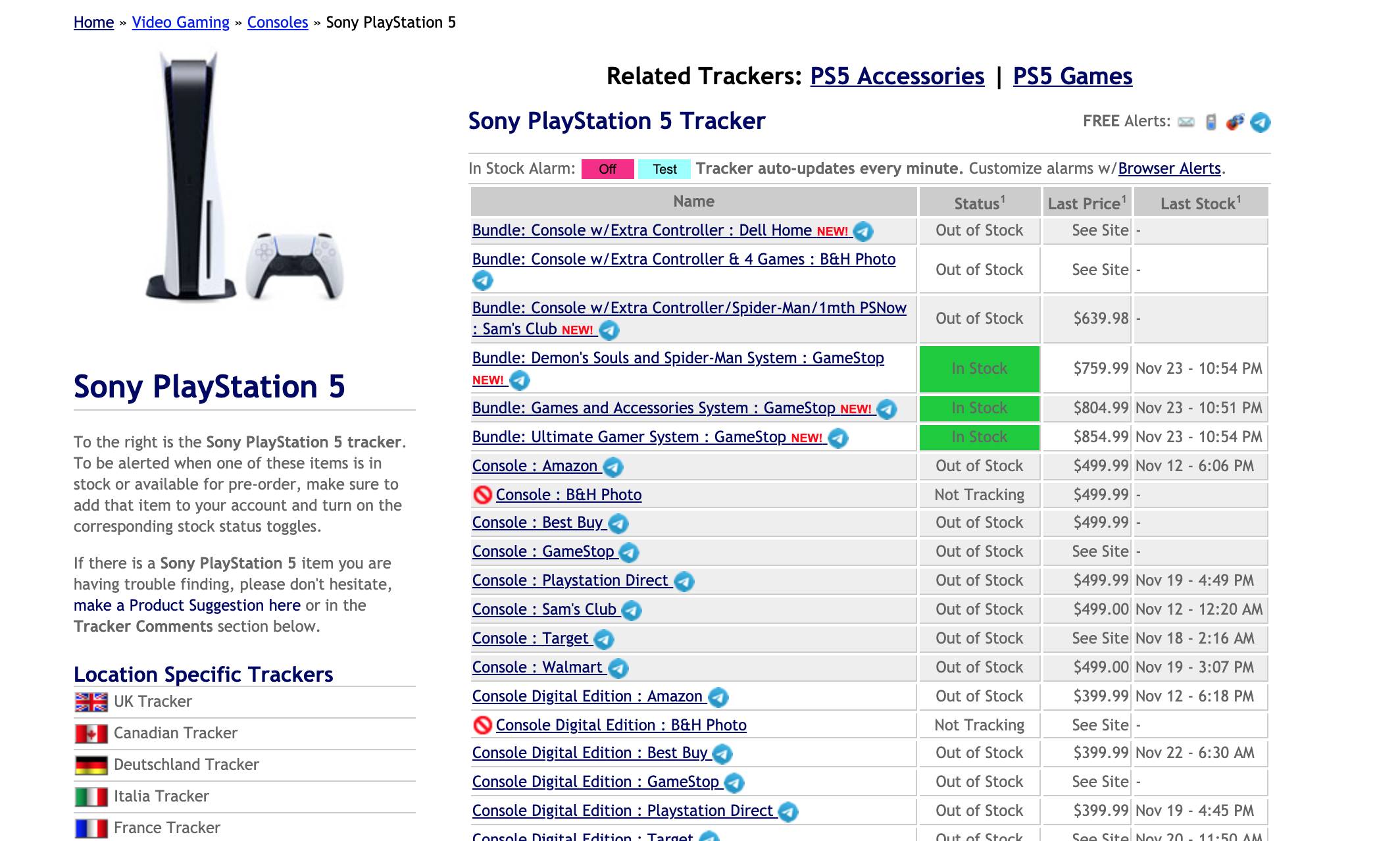 The only problem: GameStop was offering the console as part of expensive bundles between $760 to $850. That might work for some consumers, but it’s definitely a lot more than the standard $499 price. 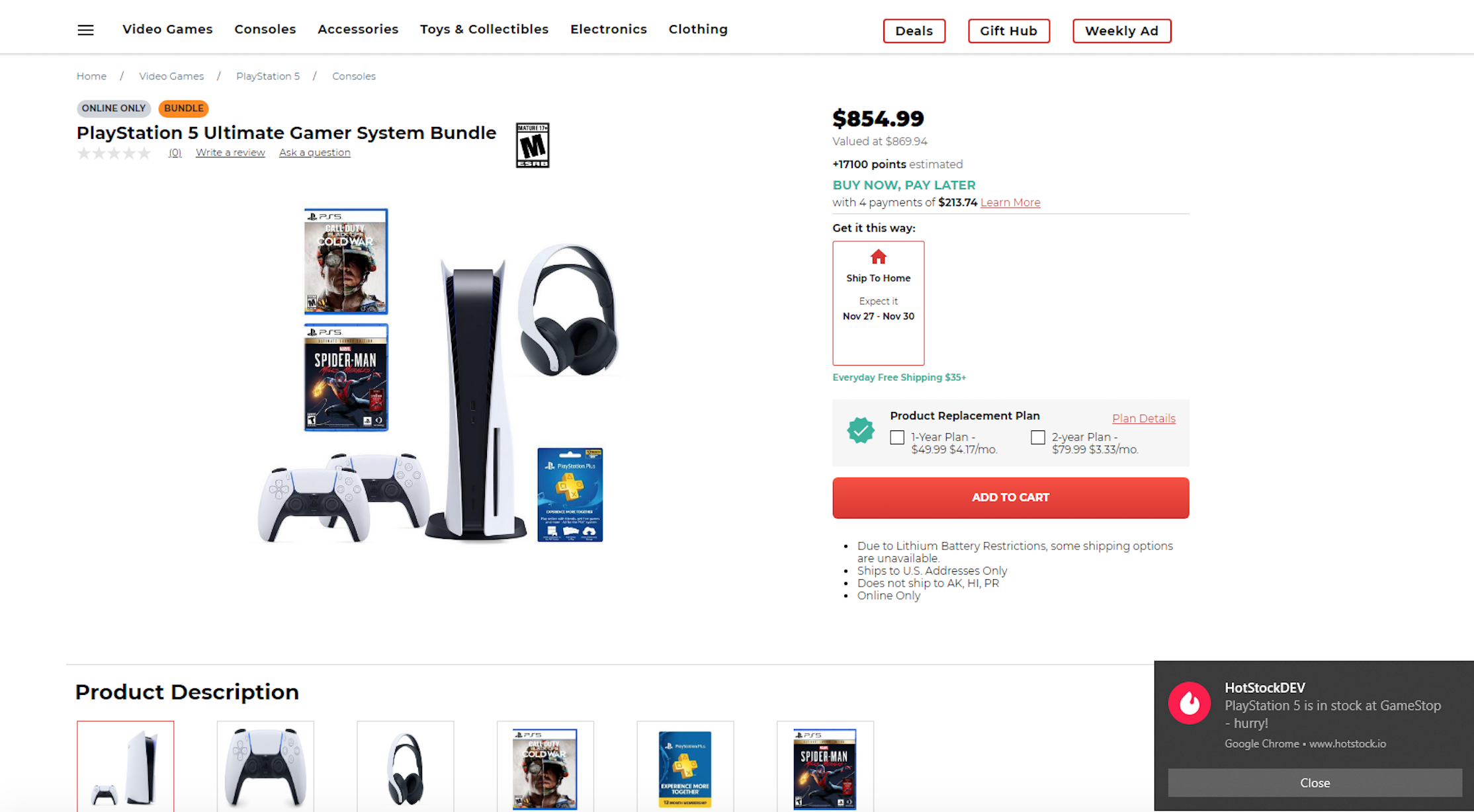 Not helping the situation is how supplies for the PS5 may have nearly dried up. Last week, Sony Interactive Entertainment CEO Jim Ryan told a Russian media outlet: “Everything is sold. Absolutely everything is sold. And everything will be sold in Russia, there’s no doubt about that.”

That said, Best Buy and Walmart plan to sell the PS5 and the Xbox Series X in limited quantities during their Black Friday sales events, so there’s still hope. We’d recommend you keep checking Best Buy’s and Walmart’s listing pages; Walmart is teasing the release of more PS5s at 9 p.m. ET on Wednesday, Nov 25.

If you have other tips, let us know as [email protected]