(Photo by KAL VISUALS on Unsplash)

Apple may have everyone guessing exactly when the next Apple Event will take place, but Siri already knows and is telling anyone who cares to ask.

As MacRumors reports, asking Siri “When is the next Apple Event” results in the virtual assistant stating it’s happening on April 20. Siri’s full response reveals this information shouldn’t have been available just yet, “The special event is on Tuesday, April 20, at Apple Park in Cupertino, CA. You can get all the details on Apple.com.” 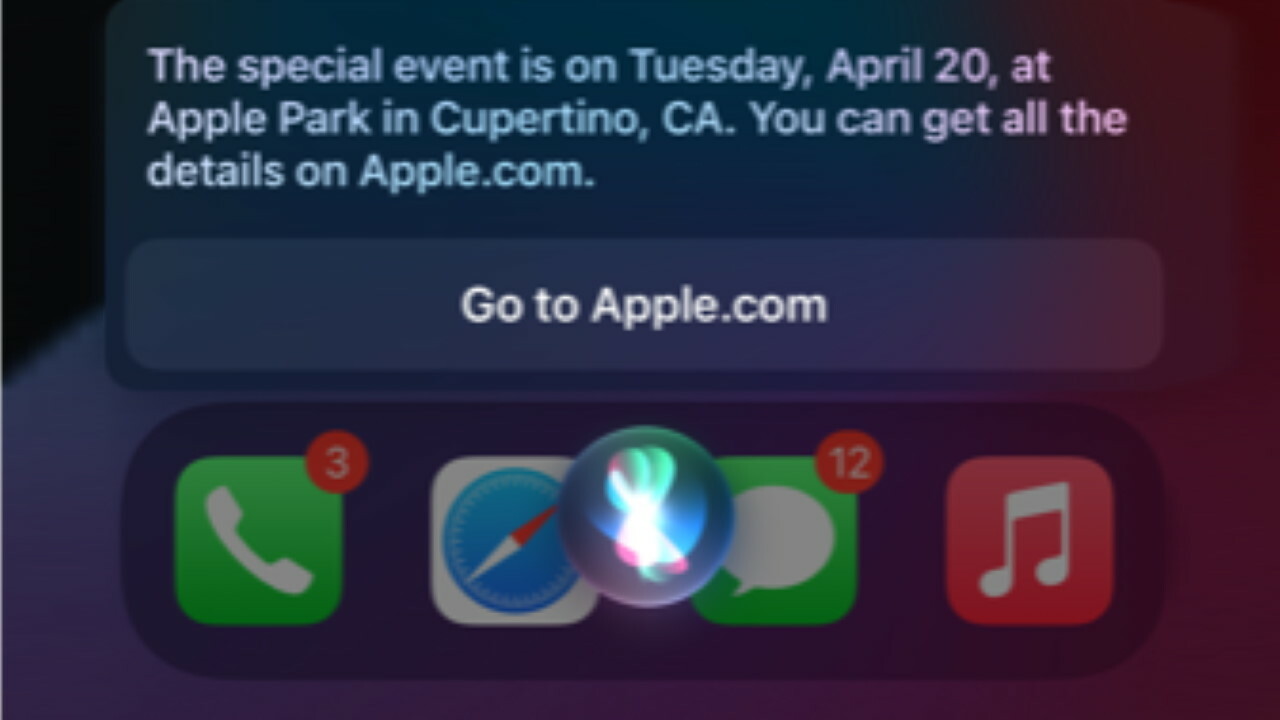 There’s no such detail at the Apple website just yet, but Siri’s early reveal may push Apple to make the details available a little earlier now. And there’s a lot that could be revealed by Apple next week. Top of the list is new iPad Pro models, although the high-end model may not launch for a while due to production problems. Could we also see AirTags finally revealed?

The products Apple ends up talking about (and there are many that could be included) will ultimately come down to component supply. The world is struggling with a shortage of chips, and Apple isn’t immune to this. It will shape what does and doesn’t get released this year.