with CLIPREVIEWED learn the articleScalpers Have Sold 50,000 Nvidia RTX 3000 GPUs Through eBay, StockX

Scalpers have sold close to 50,000 Nvidia RTX 3000 graphics cards on eBay and sneaker site StockX, often at double the normal pricing, according to new analysis.

It’s no secret the RTX 3000 graphics cards are getting resold at insane prices. However, a Chicago-based data engineer named Michael Driscoll has been tracking sales on eBay using a computer script to understand the full scope of the scalping.

On Tuesday, he provided an update on the RTX 3000 sales after previously reporting scalpers had sold 15,224 units on eBay back in early December. The number has since shot up to 39,064 units across all RTX models from the 3060 Ti to 3090. 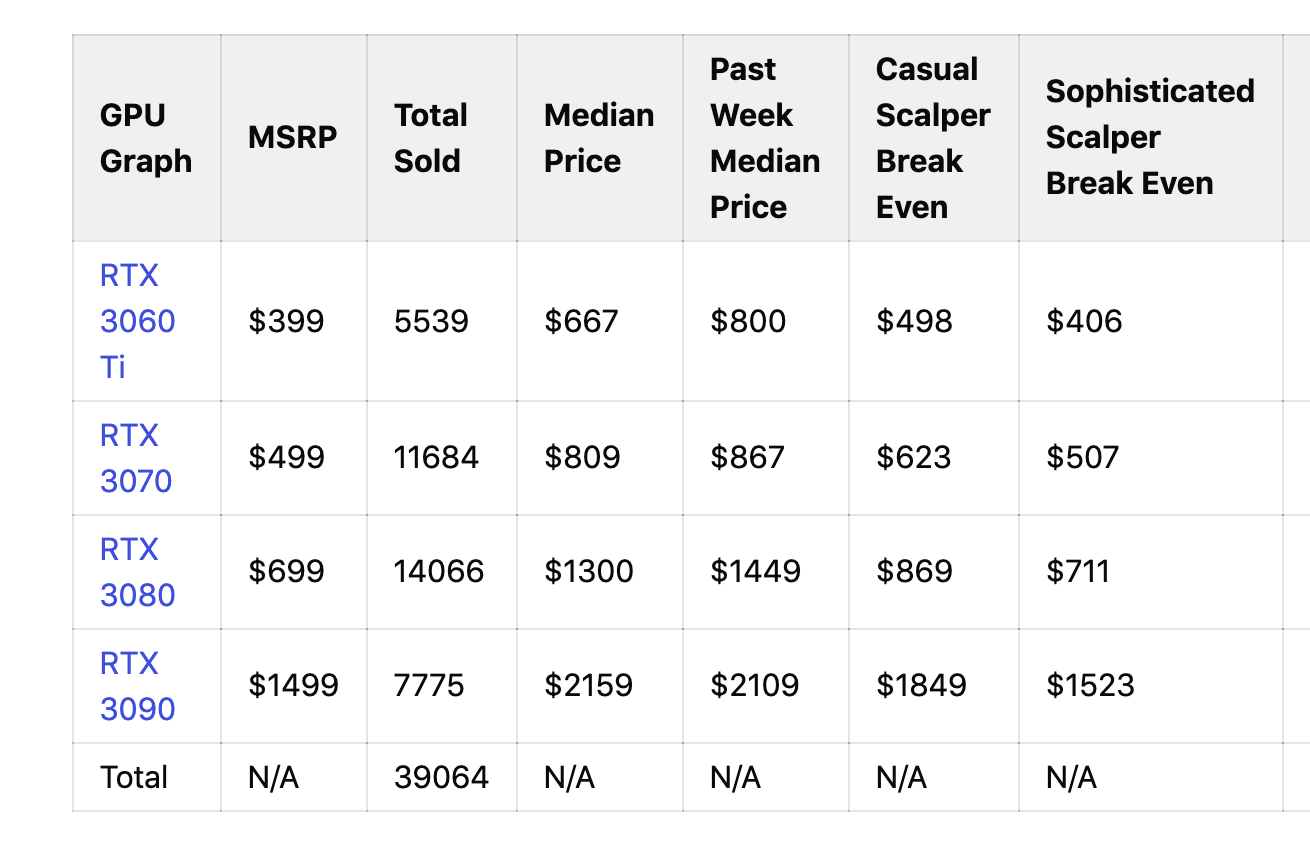 In addition, Driscoll has been tracking the RTX 3000 sales on StockX, a site best known for reselling hard-to-find sneakers from Nike and Adidas. According to his computer script, StockX has helped scalpers sell 10,616 units.

Taken together, 49,680 RTX 3000 GPUs were sold on both sites, raking in $61.5 million in sales. Driscoll estimates $15.2 million was made in profit for the scalpers while another $6.8 million went to eBay and StockX. “In the case of all four RTX 30 series, there was a sudden surge in sales between Christmas and shortly after the new year,” he said. 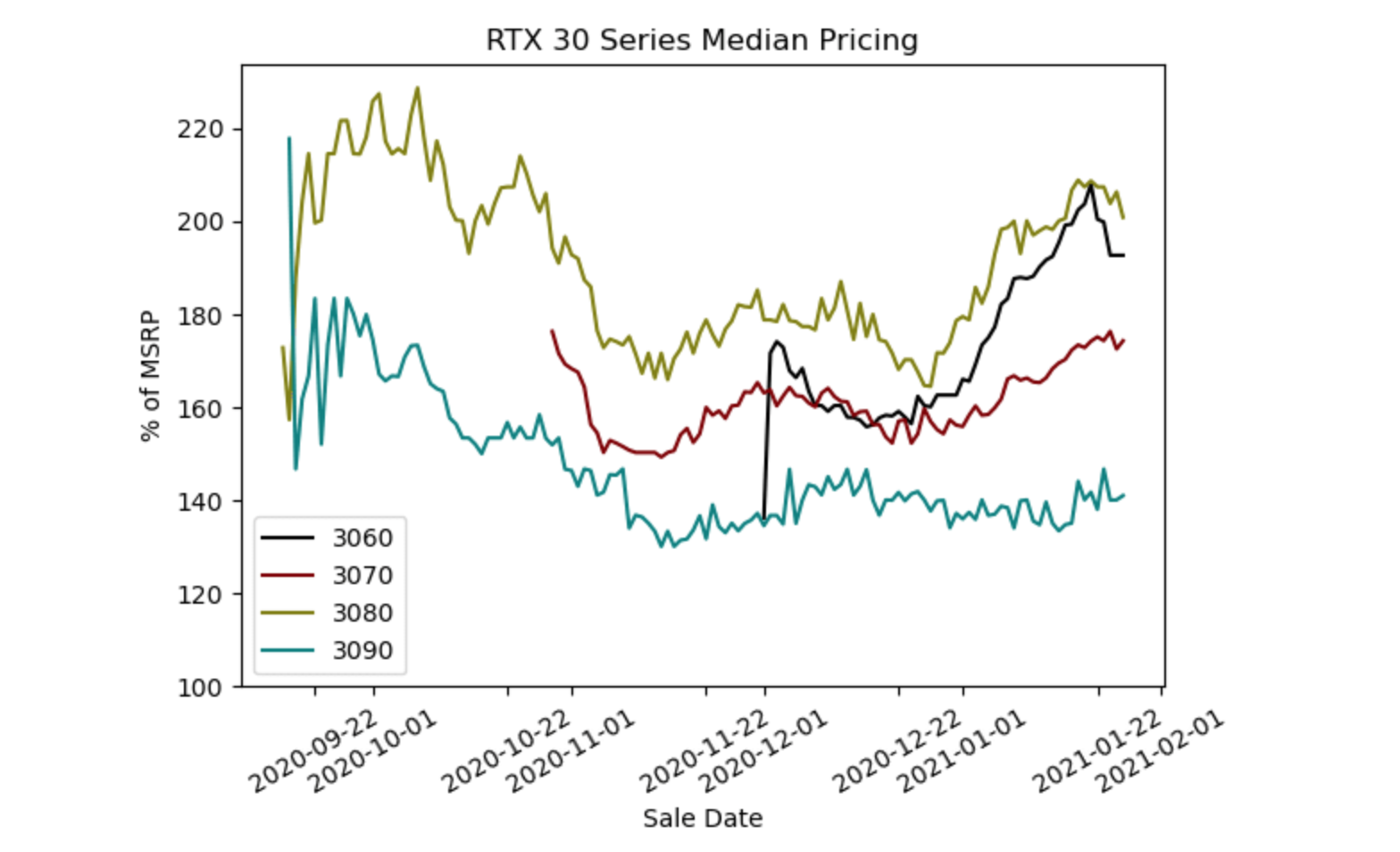 Not helping the matter is a 25% US tariff covering motherboards and GPUs imported from China that went back into effect on Jan. 1. As a result, both GPU vendors, and the scalpers themselves, have raised prices even further.

Unfortunately, the supply situation for the RTX 3000 graphics cards may not improve soon. Nvidia CFO Colette Kress said earlier this month the units “will likely remain lean throughout Q1.”

“Our overall capacity has not been able to keep up with that overall strong demand that we have seen,” she added.

As for Driscoll, he plans on publishing updates this Thursday and Friday on how many Xbox Series X and PlayStation 5 units scalpers have sold on eBay and StockX.