Need a fully immersive gaming experience? Check out Razer’s concept gaming chair, which sports a 60-inch display that curves around your face.

The prototype is called Project Brooklyn, and it’s designed to offer a cockpit-style gaming experience. As you can see, the concept takes the curved gaming display to the max by using a rollable OLED panel to create a 180-degree field of view.

Another feature is the chair’s armrests. They come with a collapsible table on which you can place a keyboard and a mouse. If you prefer to use a gaming controller, you can fold the table back into the armrests.

To create more immersion, the chair also comes with haptic feedback. So expect the seat to vibrate if your game character jumps into water or lands from a long fall. 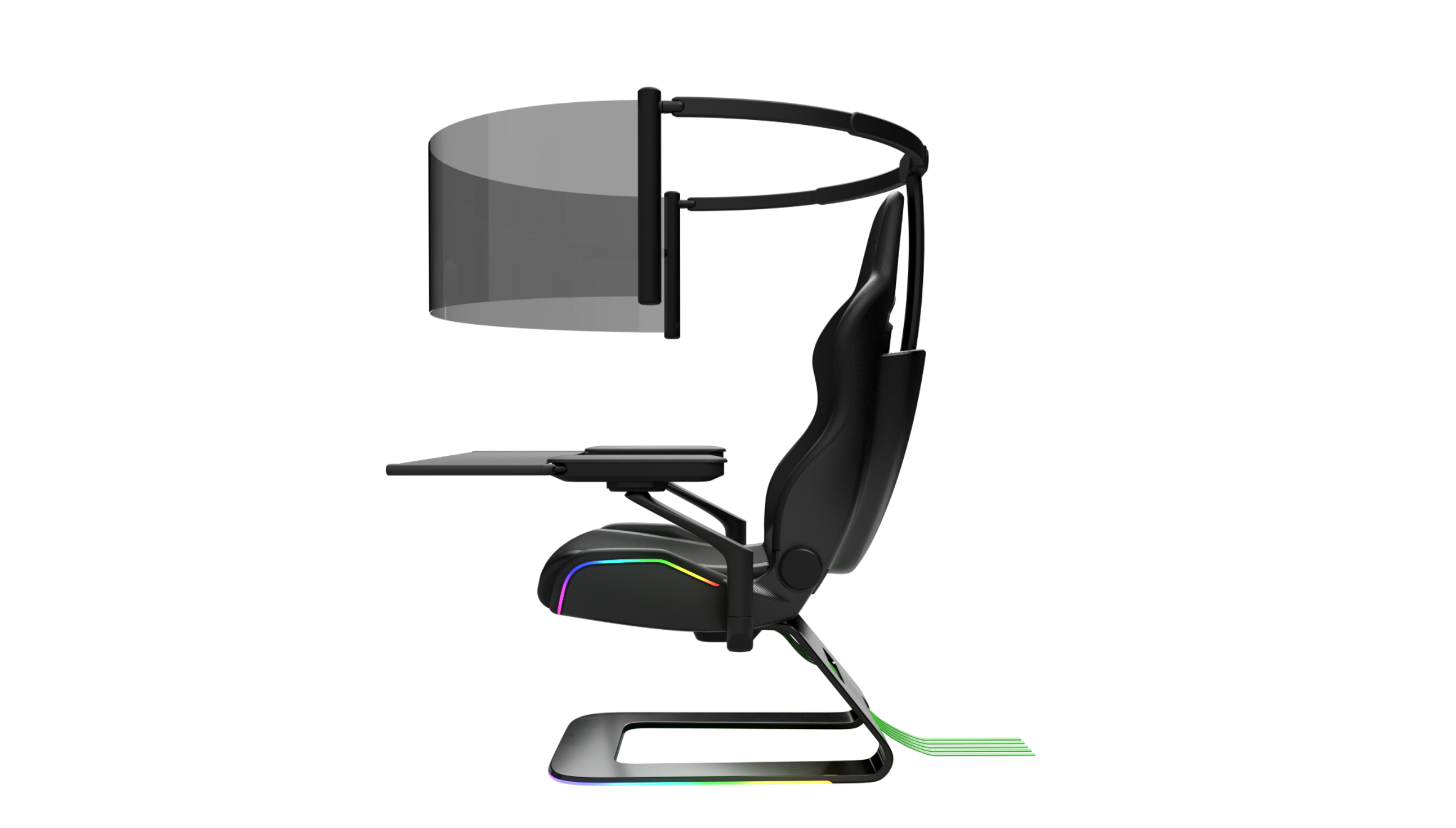 The cords for the display run through the chair’s back, paving the way for easy cabling to your PC. In addition, the seat comes with customizable RGB lighting on the exterior of the leather seat cushions.

The project builds off the company’s first gaming chair, a $499 product called the Razer Iskur, which debuted in October. However, that chair comes with no display.

Razer didn’t say how much Project Brooklyn would cost, but expect it to be insanely expensive. LG’s own rollable display, a 65-inch OLED panel, launched last year for $87,000. For now, Razer said it’ll continue developing the gaming chair as a concept device. The plan is to test it with the top esports player and influencers. So expect Project Brooklyn to pop up on social media.