with CLIPREVIEWED learn the articleNeed a Lift? How About an Amazon Robotaxi?

Amazon is showing off a robot taxi that it hopes will eventually operate in major cities.

The self-driving taxi comes from Zoox, a Silicon Valley startup that Amazon acquired in June for a reported $1.2 billion. On Monday, the startup debuted the actual Zoox vehicle, which runs on an all-electric battery.

As you can see, the taxi isn’t designed like a traditional car. It’s more like a mini-bus that nixes a dedicated driver’s section to make it even smaller than a compact sedan. The vehicle itself measures 3.63 meters (11.9 feet) long and contains room for four passenger seats. 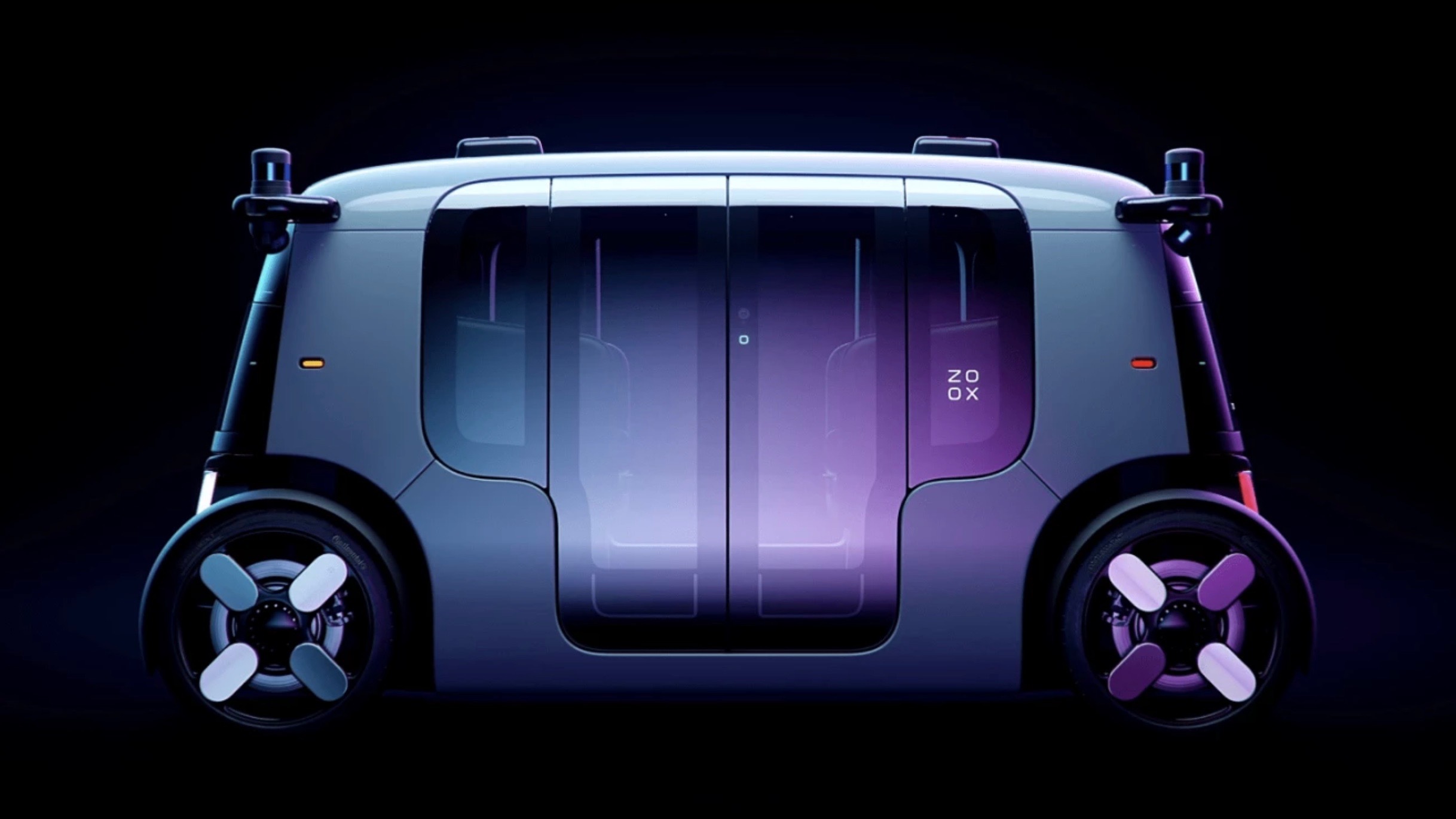 In addition, the vehicle technically has no front or back. Rather, it’s been designed to operate at up to 75mph in either direction for seamless pick-ups and drop-offs. “The vehicle also features a 133 kWh battery, one of the largest available in electric vehicles today, allowing it to operate for up to 16 continuous hours on a single charge,” Zoox said.

On the self-driving front, the Zoox vehicle has been outfitted with sensors that can allow its onboard computer to see over 150 meters away in all directions. The robot car also boasts safety features, including special airbags to protect the passengers. Zoox developed the vehicle to improve transportation in densely packed urban cities. “And as we see the alarming statistics around carbon emissions and traffic accidents, it’s more important than ever that we build a sustainable, safe solution that allows riders to get from point A to point B,” added CEO Aicha Evans in today’s announcement.

When the vehicles might serve actually customers was left unsaid. But Zoox has been testing the robot taxis in Las Vegas, San Francisco, and Foster City, California, where the startup is based.