The titles will be available tomorrow, March 11, mere days after Microsoft completed its acquisition of ZeniMax for $7.5 billion. Xbox Game Pass members will be able to enjoy games from franchises including Doom, Wolfenstein, Dishonored, The Elder Scrolls, and Fallout.

The news improves the appeal of Game Pass, which is a Netflix-like subscription service for video games that starts at $9.99 a month. In the past, some of the games, such as Fallout 4, have appeared on Game Pass only to later leave the service.

Other titles, such as Doom Eternal, The Elder Scrolls V: Skyrim, and Dishonored 2, are already available on Game Pass. So in reality, Microsoft is only adding 12 games. Microsoft says 16 of the Bethesda games can be also played on mobile devices via its Xbox Cloud Gaming streaming service available to Xbox Game Pass Ultimate members. 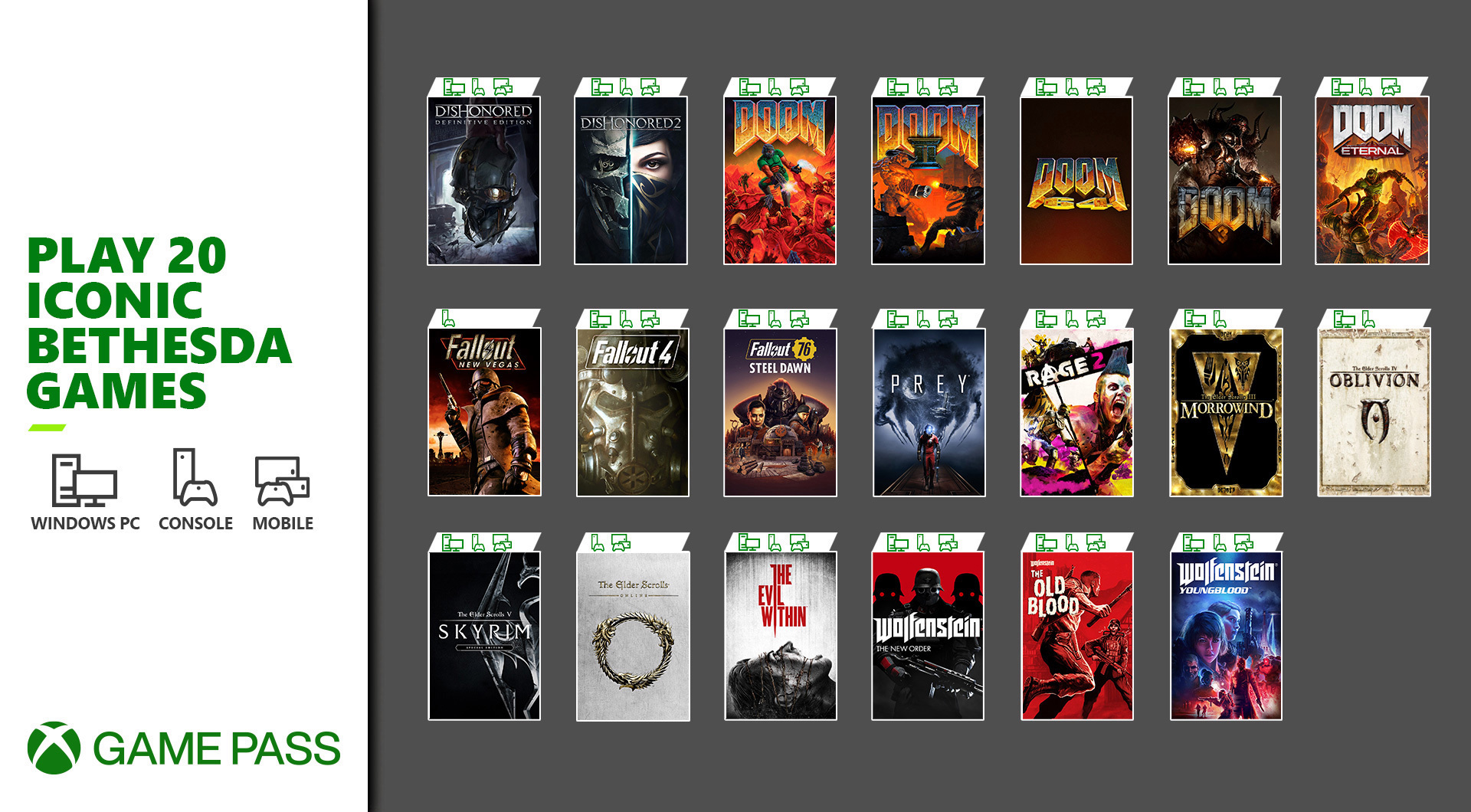 “A handful of these games will also benefit from FPS Boost on Xbox Series X|S, and we’ll have more to share on that soon,” the company added. One of those games is Fallout 4; the FPS Boost means you can play the game at 60 frames per second on Xbox Series X instead of merely at 30fps.

Here’s the full list of the games, and which systems they can be played on. Bold indicates the game is already on Game Pass.