Ahead of CES, Mercedes-Benz is showing off a 56-inch screen it plans on fitting in its cars.

The MBUX Hyperscreen is so large it covers the entire dash of the vehicle from left to right. The same system also ditches the traditional buttons and knobs found inside a car in favor of a touch-screen experience.

Apps, vehicle functions, climate control, navigation, and entertainment have all been consolidated inside the screen, said Sajjad Khan, chief technology officer for the automaker, during today’s announcement.

Although the curved display is packaged as one piece, it contains three separate OLED screen panels, which have been configured to blend together seamlessly under the Gorilla Glass surface.

Mercedes-Benz is hyping up the touch screen as a powerful computing system. But the company also promises it’ll be easy to use through an interface that contains no menu levels. 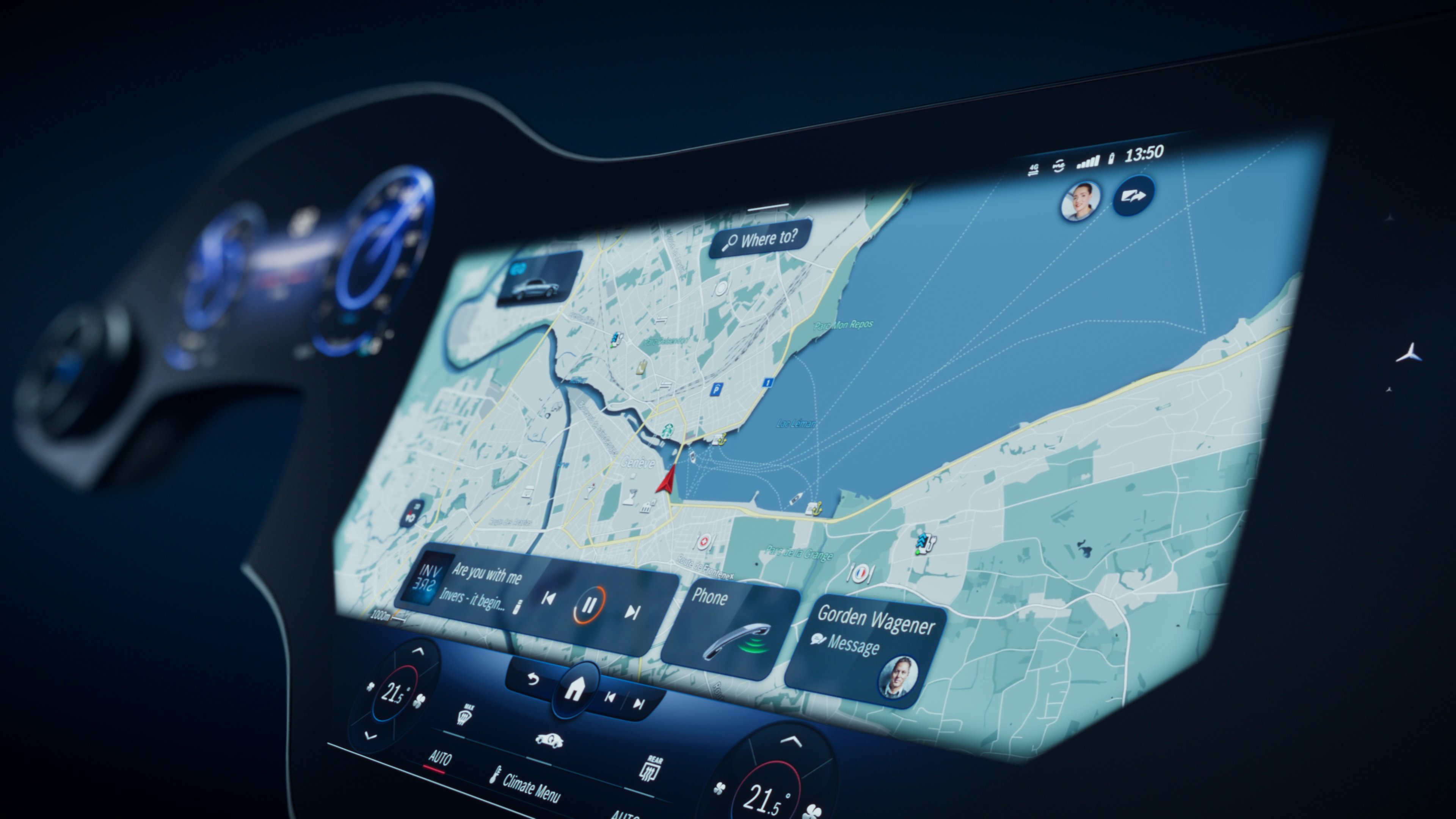 “Thanks to the so-called zero layer, the user does not have to scroll through submenus or give voice commands,” the automaker said. “The most important applications are always offered in a situational and contextual way at the top level in view.”

Essentially, the Hyperscreen is supposedly smart enough to know what you want, thanks to the AI-powered algorithms behind the software. The display also contains 12 actuators capable of providing haptic feedback on the screen. In addition, the company has coated the glassy surface to reduce reflections and make it scratch resistant. In terms of specs, the Hyperscreen uses an eight-core CPU and 24GB of RAM. The system can also load up to seven different driver profiles, so you can customize how you’d like the interface to appear.

The Hyperscreen is the latest advancement to the company’s MBUX infotainment system, which is already available in Mercedes-Benz cars. The automaker plans on installing the Hyperscreen later this year in the all-electric EQS sedan.