Can we trust the apps we download? Worldwide app revenue has reached $581.9 billion in 2020, and that number is expected to rise to $935.2 billion in just three years. Despite the vast number of apps we download—and the money we spend in the process—many (most) of us don’t know the terms and conditions (T&C) to which we’re agreeing.

An Deloitte survey found that 91% of people—and 97% of young people—consent to legal terms and services conditions without reading them. Even worse is that these T&Cs are too long and complex to actually read. 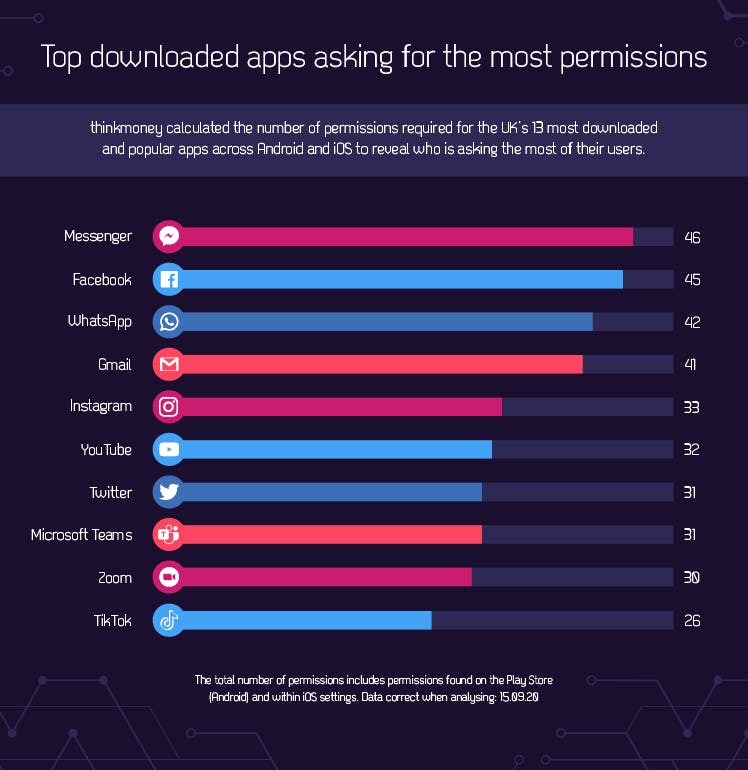 What’s worse is that many of these apps’ T&C have overly complicated language that confuses most people. A recent survey, created to understand how effective privacy policies are, found that Tiktok’s 1 hour, 33 minute privacy policy to be at a reading age level of 17+, despite the app’s signup age of 13 years and up. Part of the problem is that people don’t know what terms such as API, cookies, and third-party data mean.

So why is this a problem? Often buried in those agreements you don’t read are hidden permissions that, say, grant access to your camera, make phone calls, and gather location data. Apps including Facebook, Messenger, Whatsapp, and Instagram, which are all from the same company, ask for the most permissions.

The good new is that there are a few things you can do to stop these apps from taking control of your devices. Apple has has introduced new privacy features in iOS 14, and there are ways to stop Google from tracking you. You can also try one of the many privacy apps that we recommend to keep your data safe.