Intel has unveiled its first discrete GPU for data centers, which is designed to power Android-based cloud gaming.

The low-power chip is simply called the Intel Server GPU, and the company plans on packing it inside a new PCIe graphics card that companies can slot inside their servers. 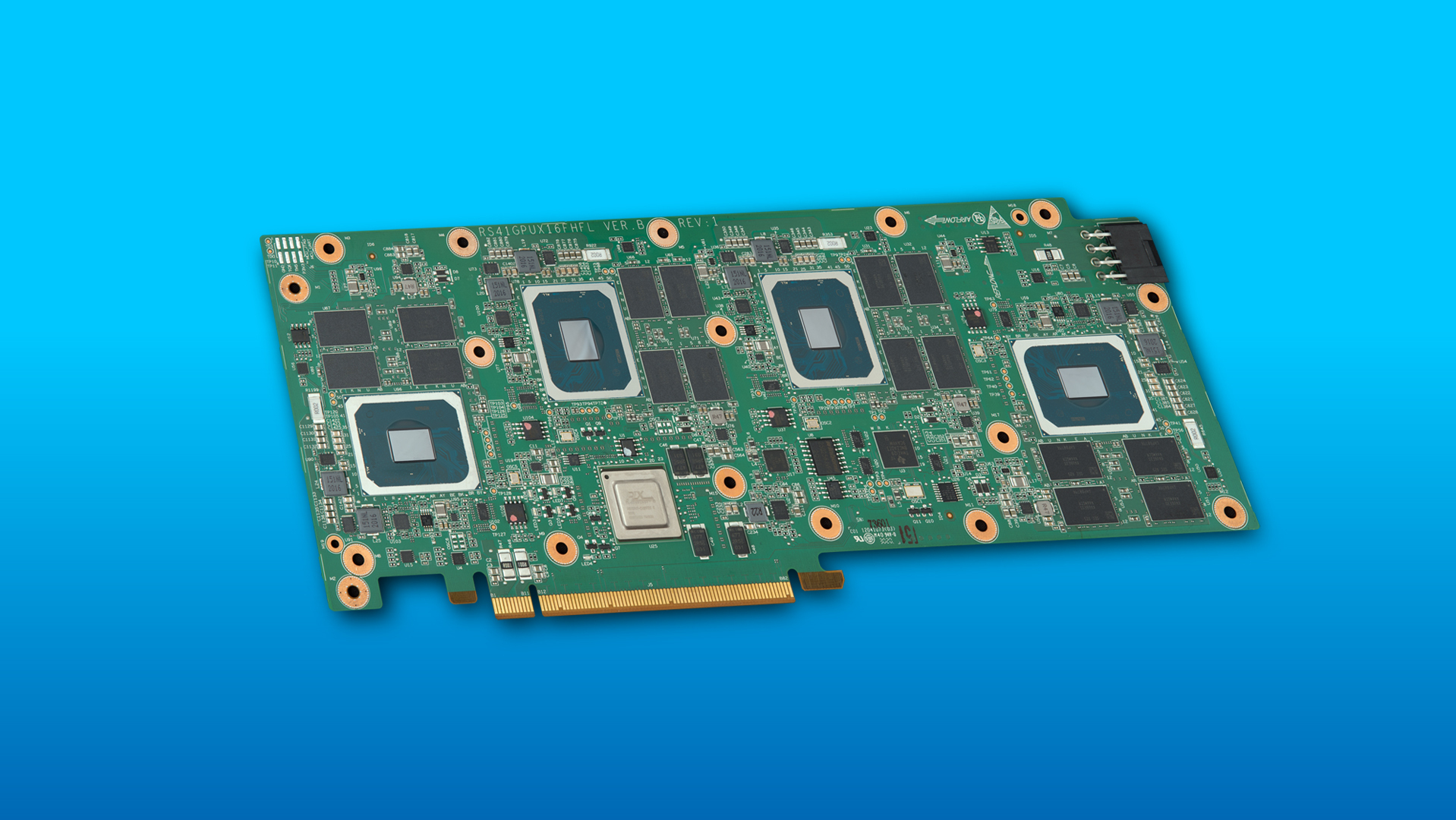 In the meantime, the chipmaker is giving us an enterprise-grade graphics card, although it’s designed for the specific purpose of cloud streaming. In terms of specs, the “XG310” card contains four Intel Server GPUs, 32GB of LPDDR4 RAM, and uses PCIe 3.0. Each GPU also has a base clock speed of 0.9GHz, and a boost clock speed 1.1GHz.

Where the card stands out is how it runs at a low TDP of 150 watts, or less than half of Nvidia’s RTX 3080 card, which has a TDP at 320 watts. According to Intel, the product can help clients consolidate their servers into a smaller footprint while keeping power costs low.

To demo its capabilities, Intel says the XG310 can run 60 simultaneous streams of the mobile game Arena of Valor at 30 frames per second, 720p resolution. Adding another card can double the sessions to 120, still at 30fps, 720p. Intel is targeting four XG310 cards per server.

Still, the product is partly targeting a niche market. In the US, cloud gaming has largely been focused on porting PC and console-based titles—not Android games. But Intel has already found a major client with the product through Tencent, China’s largest internet gaming company.

Intel also says the XG310 card can power video streaming. For now, the company appears to be selling the product through H3C, a Chinese IT provider. The goal is to market the card alongside Intel’s server-focused Xeon chips.