Grab your fedora and whip: All four Indiana Jones movies arrive later this year in 4K Ultra HD. In anticipation of this summer’s 40th anniversary of Raiders of the Lost Ark, Paramount Pictures is releasing the action-adventure franchise for the first time as a 4K box set.

“All four films are remastered from 4K scans of the original negatives with extensive visual effects work done to ensure the most pristine and highest-quality image,” Paramount announced this week. All work has been approved by director Steven Spielberg.

As well as those crisp 4K visuals, Dolby Atmos audio was remixed for the release by original sound designer Ben Burtt, offering a modern take on the classic soundtracks. “All original sound elements were used to achieve the fully immersive Dolby Atmos mixes while staying true to each film’s original creative intent,” according to Lucasfilm.

The anniversary collection also boasts collectible packaging, a booklet featuring behind-the-scenes images, and digital copies of Raiders, Temple of Doom, The Last Crusade, and The Kingdom of the Crystal Skull. Fans who bought the 2012 standard Blu-ray set, however, won’t be too excited about the bonus content—seven hours of previously released videos. 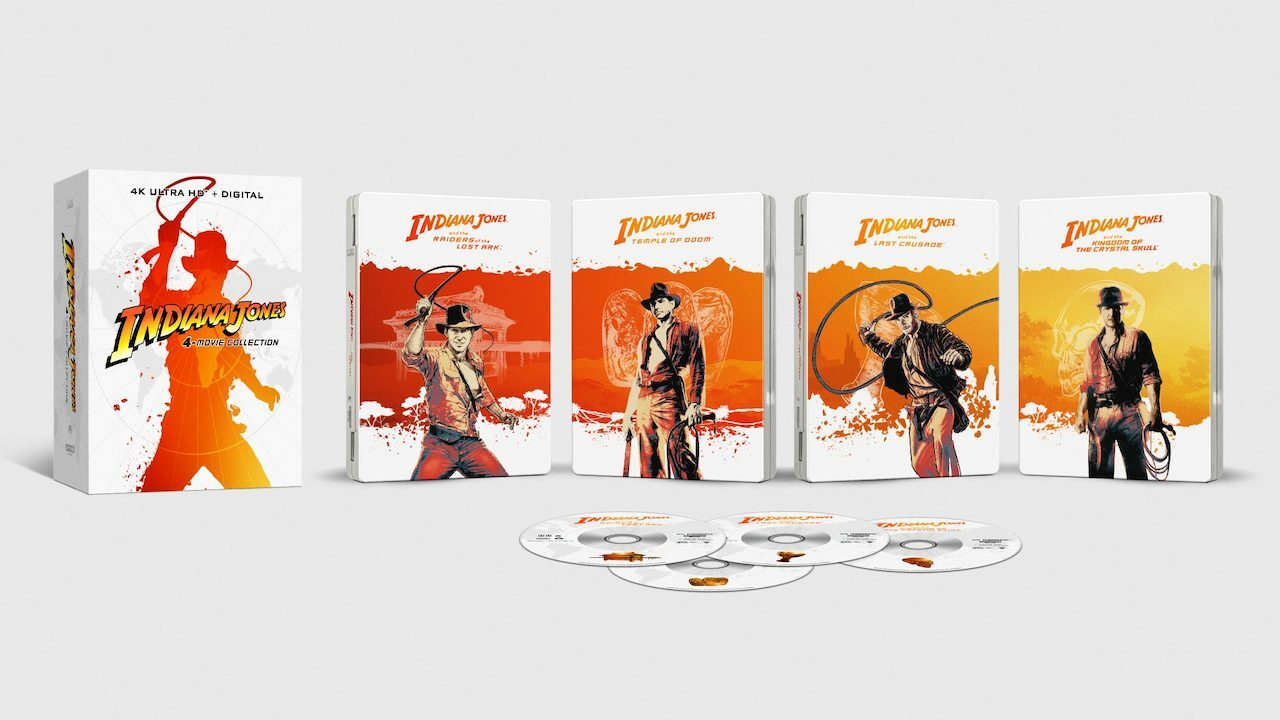 The Indiana Jones 4-Movie Collection arrives in 4K Ultra HD on June 8, 2021, but there is no word on pricing yet. Don’t hold your breath for Paramount and Lucasfilm deciding to release a three-disc set of the original trilogy, saving customers from, as one Twitter user put it, “polluting my collection with the Flaming Pile of Crystal Crap.”

A fifth, currently untitled Indiana Jones project is expected to hit cinemas in July 2022, with Harrison Ford reprising the title role—but this time under the direction of James Mangold (Logan, 3:10 to Yuma, Walk the Line, Girl, Interrupted).