The cameras in modern smartphones evolved beyond shooting grainy, blurred shots a long time ago. In fact, many phones today have built-in sensors that rival that of standalone digital cameras and have almost completely destroyed the market for cameras.

There’s a good reason for that: Nary does a moment in life go by lately without a photo or video to match. In virtually all of those moments, our phones are there for us. They make it easy to take the shot, and smartphone apps for editing pics and footage are legion. But what happens when you want to get that masterpiece of a shot off the small screen for some photo editing on the computer? It’s simple, if you know how. Here’s a quick guide to help you get those precious memories off your phone and onto your hard drive.

The fastest method for transferring a lot of pics to a PC is to attach your smartphone to your computer via the data cable. That’s a Lightning connector for modern iPhones, or the mini-USB or USB-C for others. Plug the other end into the supported port on the PC.

For iPhones connecting to a Windows 10 PC, make sure that the iTunes software is not running on your desktop. When you plug in, your operating system should recognize the handset as a digital camera. More specifically, the computer will see that the phone has a DCIM, or Digital Camera Images folder. It’s the default folder system all digital cameras use to organize pictures.

In Windows, for instance, it will show up as a new drive under the “This PC” section. Click on the drive, open the folder (mine was called “Internal Storage”), and you’ll have access to all your images and videos. If it says the folder is empty, plug it in again with the iPhone unlocked; you may have to click a dialog box saying you trust the PC. I had to plug and re-plug an iPhone XS several times before the DCIM finally showed up.

This method should work even if the software you’d typically use for syncing with a phone—such as iTunes—isn’t running or even installed. Copy all the images to your hard drive (or move them if you need the space on the smartphone). The folders and names used by the phone likely won’t make any sense; sort those all out later.

The same basic moves work on Android. You may have to go into Settings > Bluetooth and Device Connection > USB > File Transfer and toggle it on. Your Android smartphone should appear in Windows Explorer. Open it and again look for the DCIM folder full of images, but it could be in another folder. You may have to search.

Several of the major online backup services offer automated backup of photos and videos on your phone or tablet. For instance, you can go into Microsoft OneDriveMicrosoft OneDrive settings and turn on “Camera Upload” in Settings to auto-upload images and video to your OneDrive account, which you can then access on your PC. 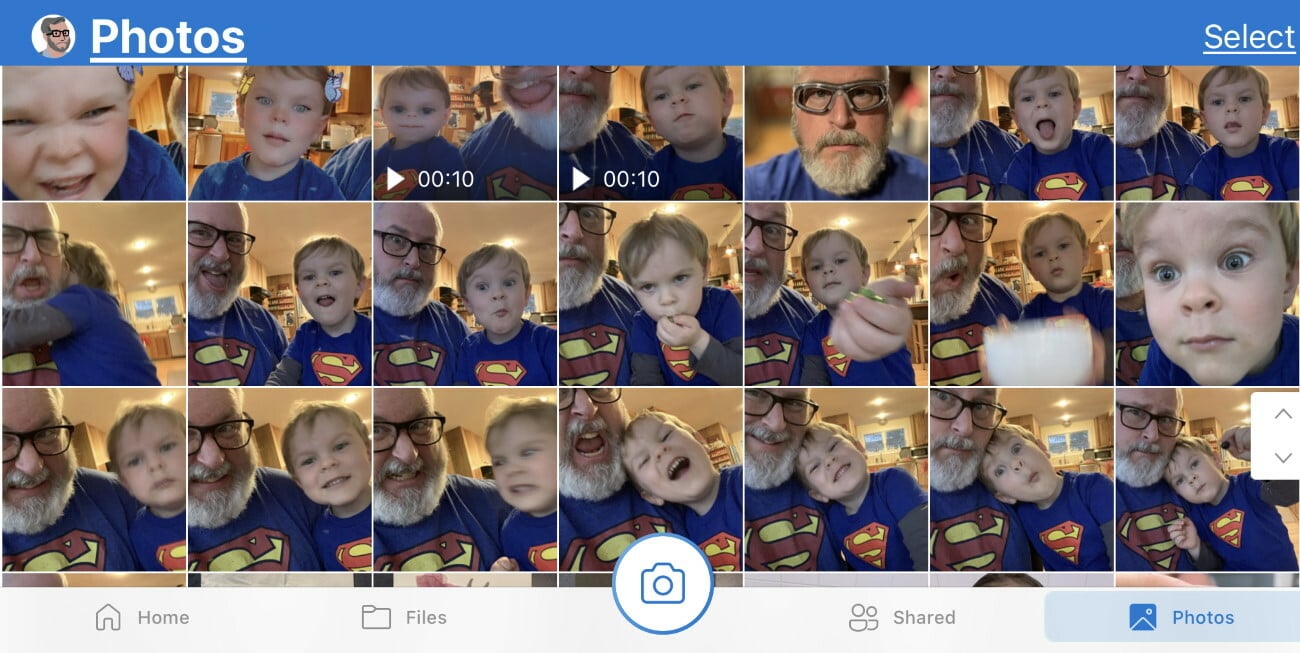 Likewise, an automatic photo upload for DropboxDropbox pulls images instantly and adds them to your Dropbox in the Camera Uploads folder, which you can access on Dropbox.com or your hard drive once it syncs. Storage limits depend on your account tier.

At the moment, Google PhotosGoogle Photos is the ultimate backup app for your photos. And will be until June 1, 2021, when it kills off unlimited photo and video uploads. Nothing you upload before June 1 will count against your free 15GB storage limit on Google, so if you have a trove of photos you’ve been meaning to digitize, get a move on. Backed-up images are accessible via the web and can be downloaded to your PC as needed. 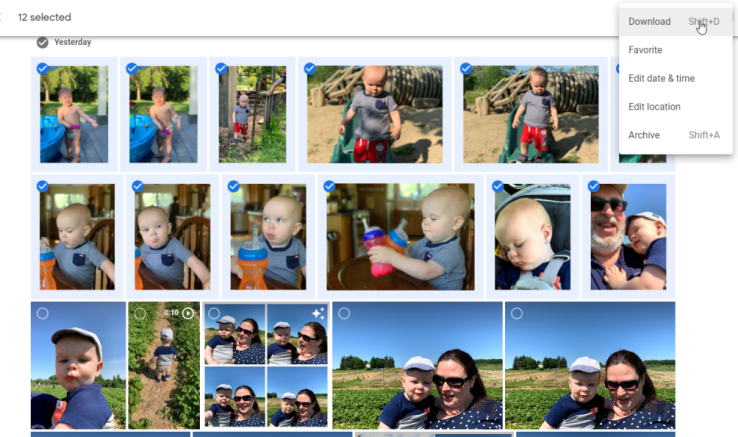 Amazon offers unlimited image backup via Amazon PhotosAmazon Photos, plus 5GB for videos, assuming you have an Amazon Prime account. It does so with the hope that you’ll use the images to buy personalized prints and stuff like photo cards, photobooks, blankets, mugs, mousepads, and more. Adding 100GB of storage costs $1.99 per month. Once you have images stored on Amazon Photos, its easy to share or download them.

All of the above are available for iOS or Android. Apple’s iCloud is iPhone-only, of course, and provides 5GB of photo and video storage for free via the iCloud Photo Library. For more, you have to pay $0.99 per month for 50GB up to $9.99 per month for a 2TB. iCloud makes your images and videos available across all your iOS and macOS devices, as well as the web.

Memory slots on a smartphone go in and out of style. That’s mostly because they’re very useful. When not available, customers complain so manufacturers bring them back. The cloud makes their absence less of an issue, but if you have a card slot, it’s a fast way to get your pictures off a smartphone. You’ll simply need a reader for your computer.

Memory cards are never an option on the iPhone, but there are a few Android devices with microSD card slots. That includes the Samsung Galaxy S20 (but not the new S21). 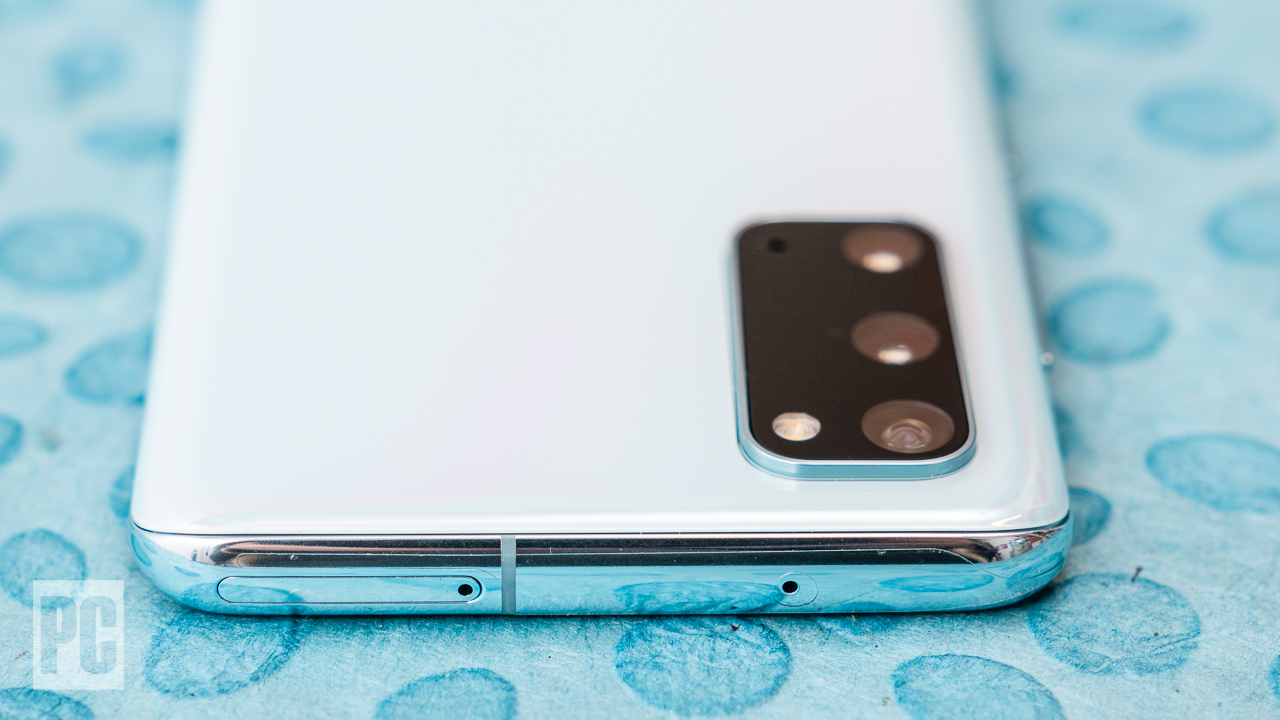 Even if you’ve got a card reader on your computer, you may need to purchase a microSD-to-SD card adapter so your computer can accommodate a minuscule microSD card. Once connected to your computer, the card functions like a flash drive; browse, drag, and drop your smartphone photos onto your PC and never lose a bit of image quality. You can buy USB-based adapters for SD/microSD for next to nothing.

If you desperately want to use an SD or microSD card reader on your iPhone or iPad, there are several third-party readers with a Lightning plug. They typically also have a USB-A 3.0 plug to easily connect the card reader to the PC for file transfers. Many can be found on Amazon from companies with suspicious sounding names, but at least one brand you’ve actually heard of (SanDisk) has an option. It may require a special app to see the storage on the reader.

Ignore Apple’s own $29 Lightning-to-SD Card Camera Reader. While it looks like it should be external storage, it’s not. You can only use it for viewing pictures you have on an SD card on your iOS device. You can’t copy from iOS to the SD card.

The ability to directly share or transfer images and videos over a wireless connection is limited by the mobile operating systems, especially on iOS, but there are some exceptions.

The first is AirDrop, which allows instant connections to other iOS or macOS devices in the vicinity. Make sure Wi-Fi and Bluetooth are turned on, and that recipient devices are set up to receive your AirDrops (Settings > General > AirDrop). Then, in the share menu, select AirDrop and fellow Apple users should pop up in the menu; tap to send. 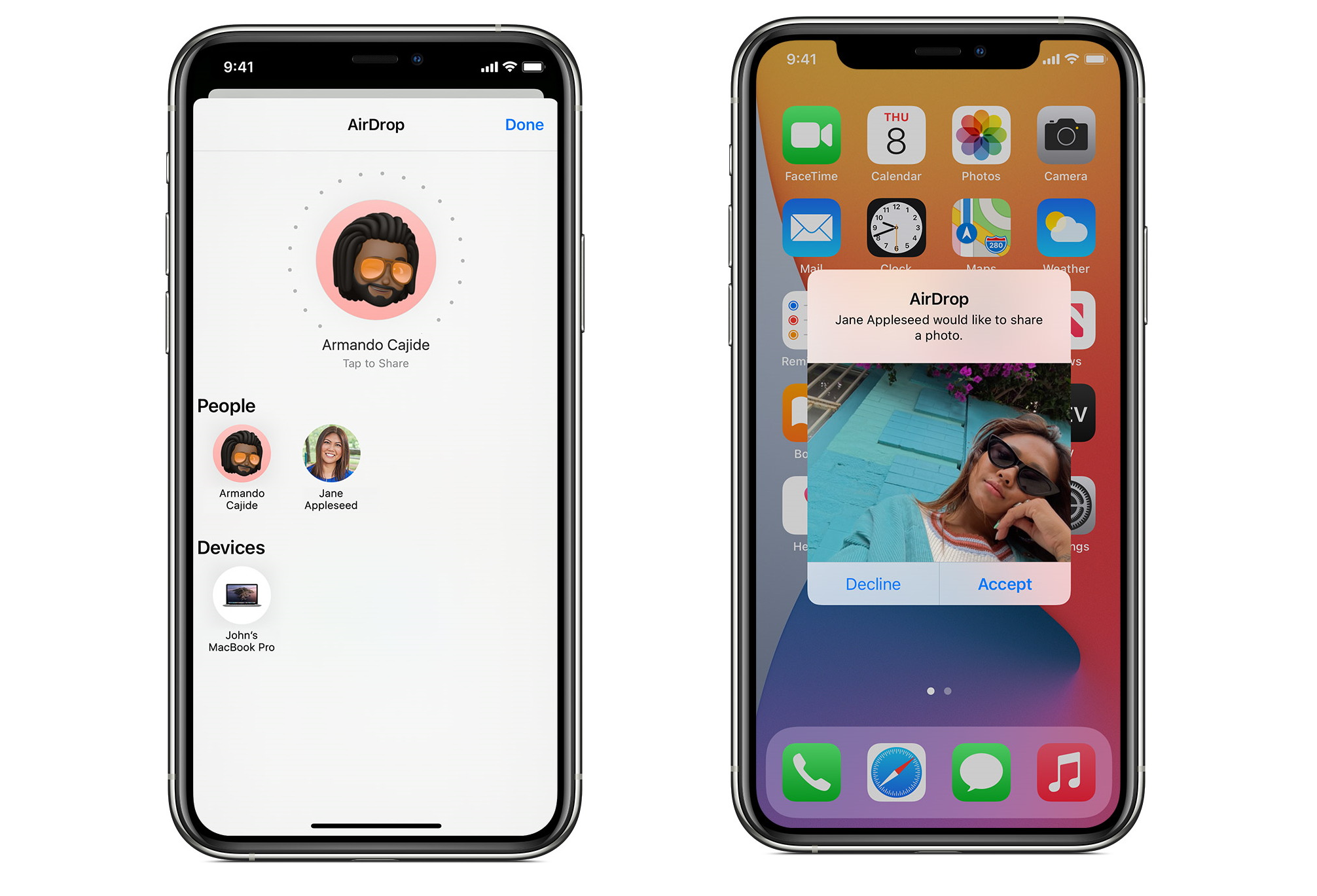 Unfortunately, AirDrop doesn’t help you get images to your Windows PC. Apps that claim to help include Photo Transfer App from Bitwise and Simple Transfer on iPhone. iMazing for Windows and Mac will also help grab photos via USB or Wi-Fi. AnyTrans from iMobie handles all iOS data from the PC as well, and also offers AnyDroid for Android devices. Wondershare MobileTrans for Windows and Mac works with both iOS and Android.

A free app like Send Anywhere sends images and videos, well, anywhere. It’s somewhat secure—when you send files, you get a six-digit key the recipient must enter to receive them. But so do Dropbox and OneDrive, and they handle a lot more than a few files at a time.

Maybe the easiest way to get images off your smartphone comes last, but only because it’s the most likely to lower the quality of the image. Sharing your smartphones images to social media sites like Facebook, Twitter, and Instagram is a given with modern phones. Just go into your Photo Gallery or Stream, click the share button, and pick a service.

You can also share it directly to other people (and yourself) via a text message or email. The latter is about as old-school as it gets to send an image from the phone to the PC. Just be careful that you send the image at the best quality possible, if that’s what you want. Some services have limits on file size for pictures, and may even resize the images for you.

For instance, the iOS Mail app would prefer to resize your image to make the file smaller and faster to send. When you click the Send button, you get a menu indicating the total size of attachment(s), and offering to reduce the size to a small, medium, or large. The phone will re-scale multiple photos attached to the same message. Keep it at “Actual Size” for the best quality; just know it will take forever to upload and send. That’s the price you pay for quality.