It’s hard to trust big tech and social media when they know everything about you and what you do online. But are the alt-tech startups that have popped up in recent years any better? Could they bring about the online privacy we desperately need, or are they just as (or even more) dangerous than their mainstream counterparts?

To compare the social media platforms fairly, CyberNews graded each service’s policies for first-party data collection, third-party data sharing, user choice, control, access, data retention, and security. These policies were then rated on a simple scale of Good, OK, and Bad, then the results were compared to determine which platform handles your data better. 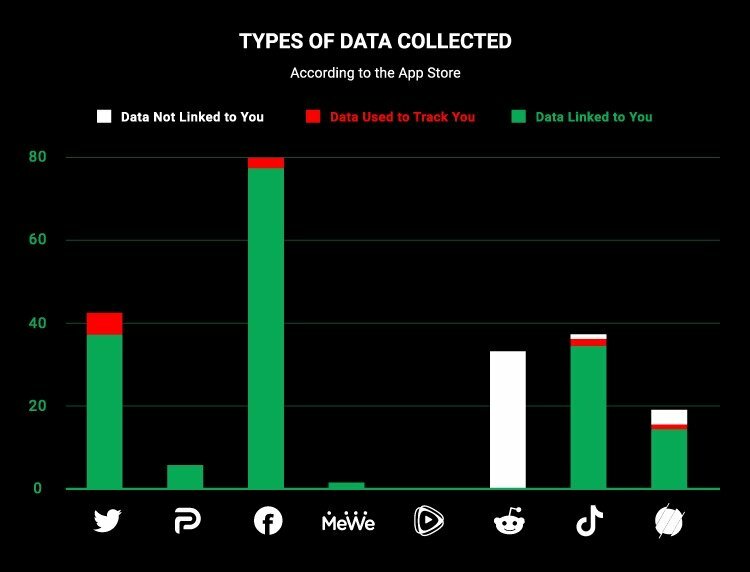 The big takeaways were that Twitter, YouTube, and Reddit are deemed to have better data collection policies than their competition. Only MeWe managed to outscore its more popular alternative, Facebook, by refusing to sell ads on the platform. Meanwhile, TikTok and Triller were found to be equally bad.

CyberNews also found that mainstream services collect more data than their counterparts, with Facebook leading the pack. As a result, their policy statements are longer and may take more time to read. On average, mainstream platform policies average 6,605 words in length and take 50 minutes to read, whereas alt options’ policies average just 4,420 words and would take only 34 minutes to read. 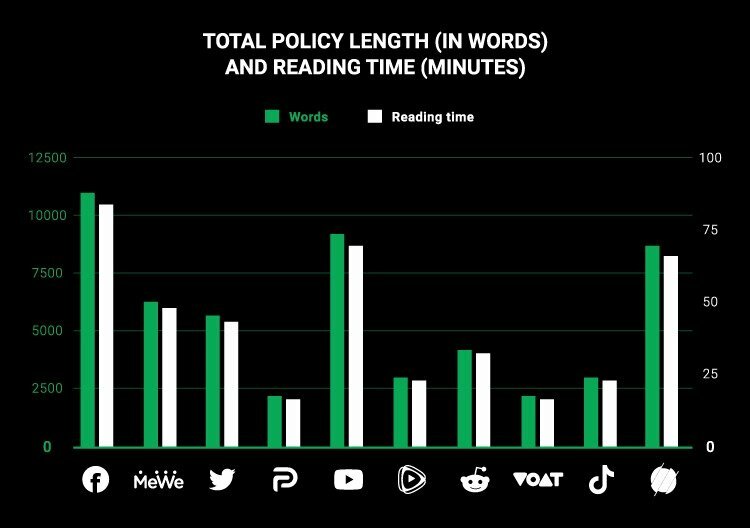 This likely has more to do with established companies having stabilized monetization and ad-selling schemes (and therefore, more policies to explain) than with the alternatives being safer. After all, Parler required users to submit a picture of their government-issued ID to unlock all features, and Triller outsources all messaging functionality to a third-party service.

We know that mainstream social media platforms such as Facebook and YouTube have data collection issues, but the results from CyberNews’ analysis seems to indicate they may have overall better (and safer) policies on average than the competition.