Sony is expanding its mirrorless lens system today with three new primes, all of which are part of the midrange G series. The FE 24mm F2.8 G, FE 40mm F2.5 G, and FE 50mm F2.5 G share a lot in common in physical design and in concept. 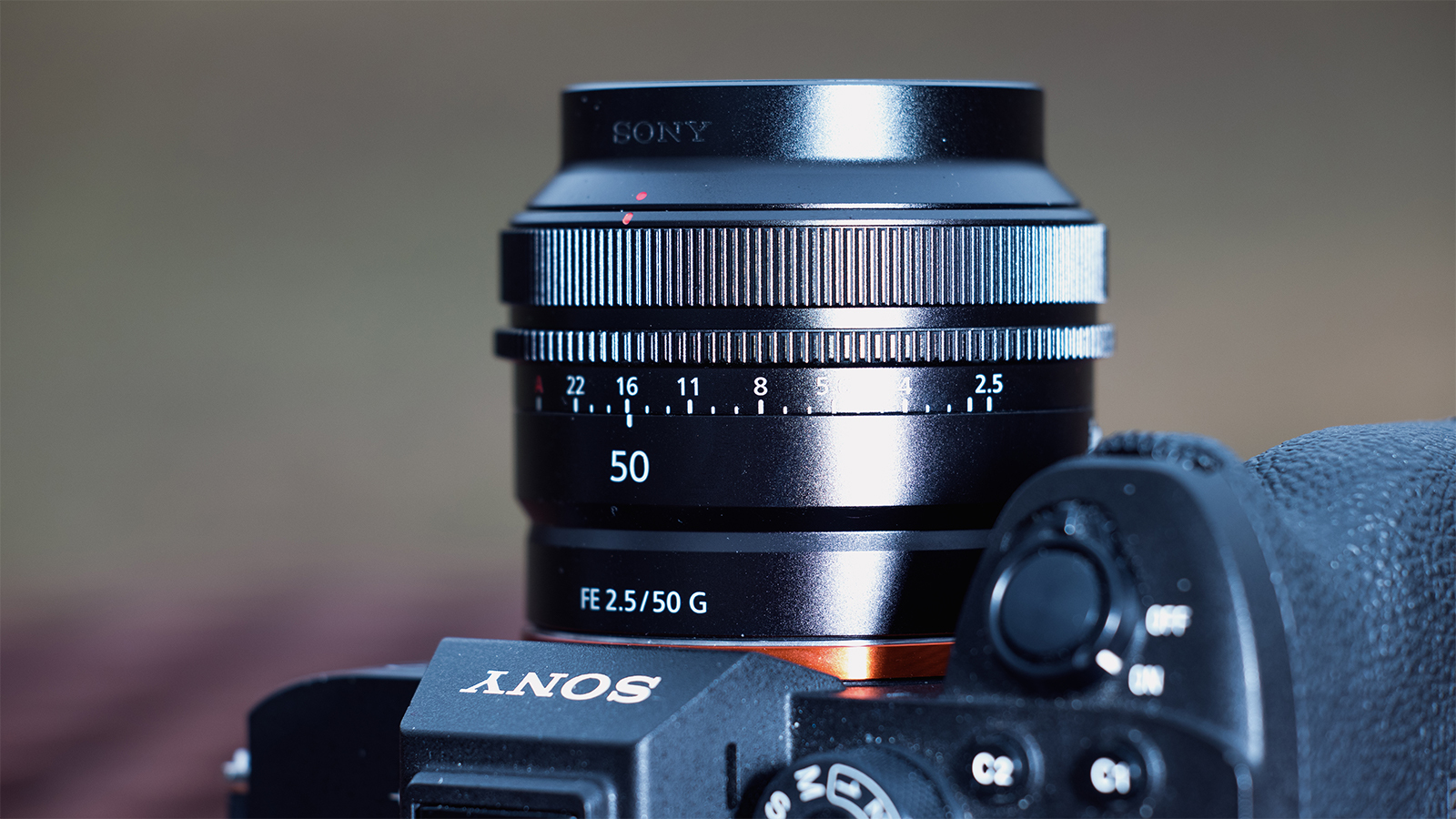 Each is quite small, just 1.7 by 2.7 inches and just about 6.1 ounces in the hand. Despite this, Sony squeezed manual focus and aperture control rings into the slim aluminum barrel, along with a function button.

They’re the latest in a growing number of lenses that put more emphasis on minimizing size than delivering the widest possible aperture. Lenses have trended larger in recent years, and while there’s no arguing with the photos you get from big glass like the Sigma 35mm F1.2, you don’t always want to haul a big lens around. 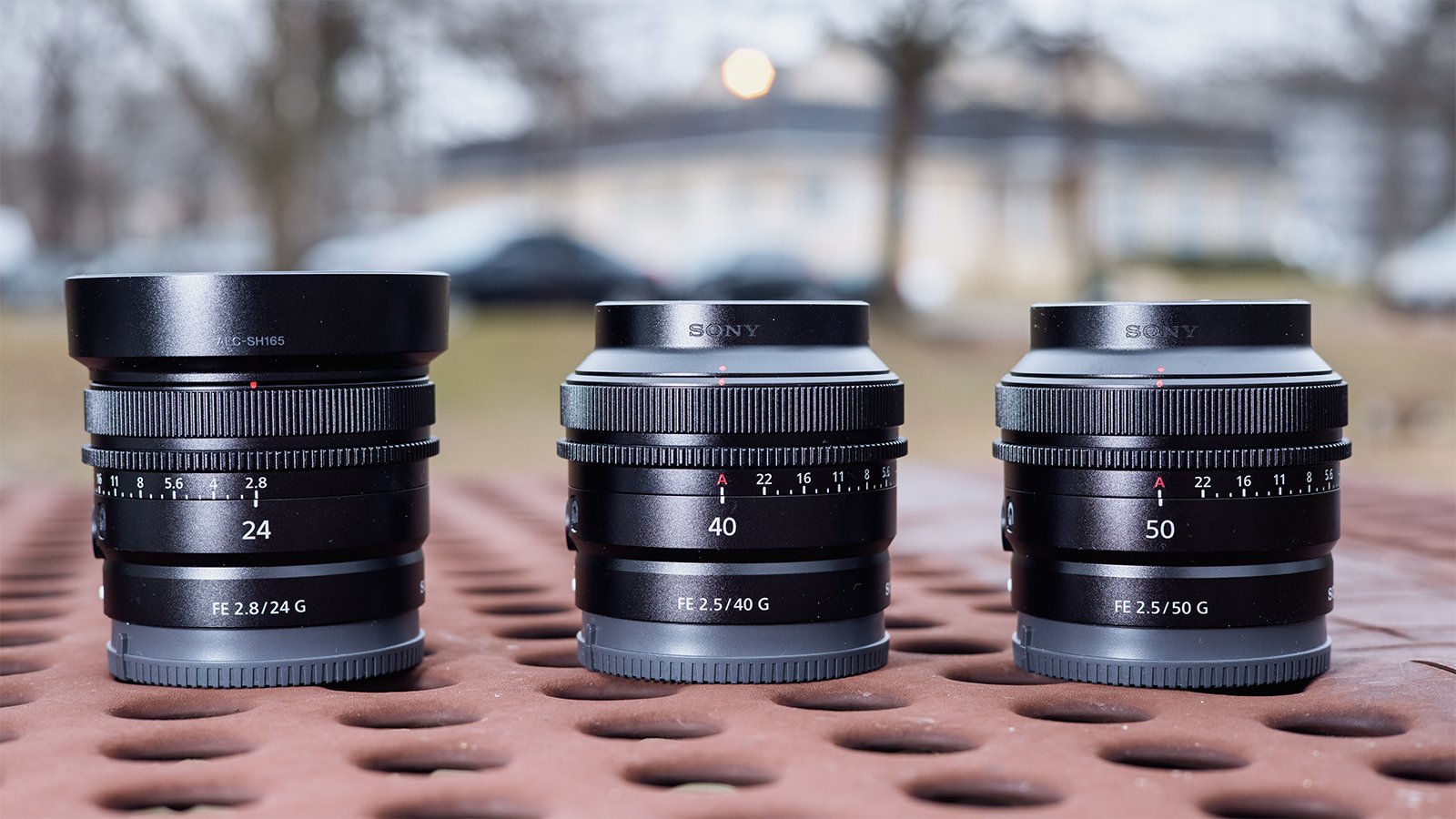 The three lenses side by side

They’re not the only light lenses around. But they are made a bit better than some others. As part of Sony’s G series, they are built to better standards than budget options like the featherweight Rokinon 24mm F2.8 AF, which is available for $209.

Sony’s lenses cost more, $599 a piece, but are of a higher caliber all around. They incorporate dust and splash protection, quick, quiet autofocus, and optics that hold up to high-res image sensors.

They’re much closer to the Sigma I series, both in concept and execution. Sigma has delivered its own take on matte black aluminum lenses. It hasn’t put as much emphasis on absolute tininess, going for slightly larger F2 optics with its 35mm and 65mm DG DN Contemporary lenses. 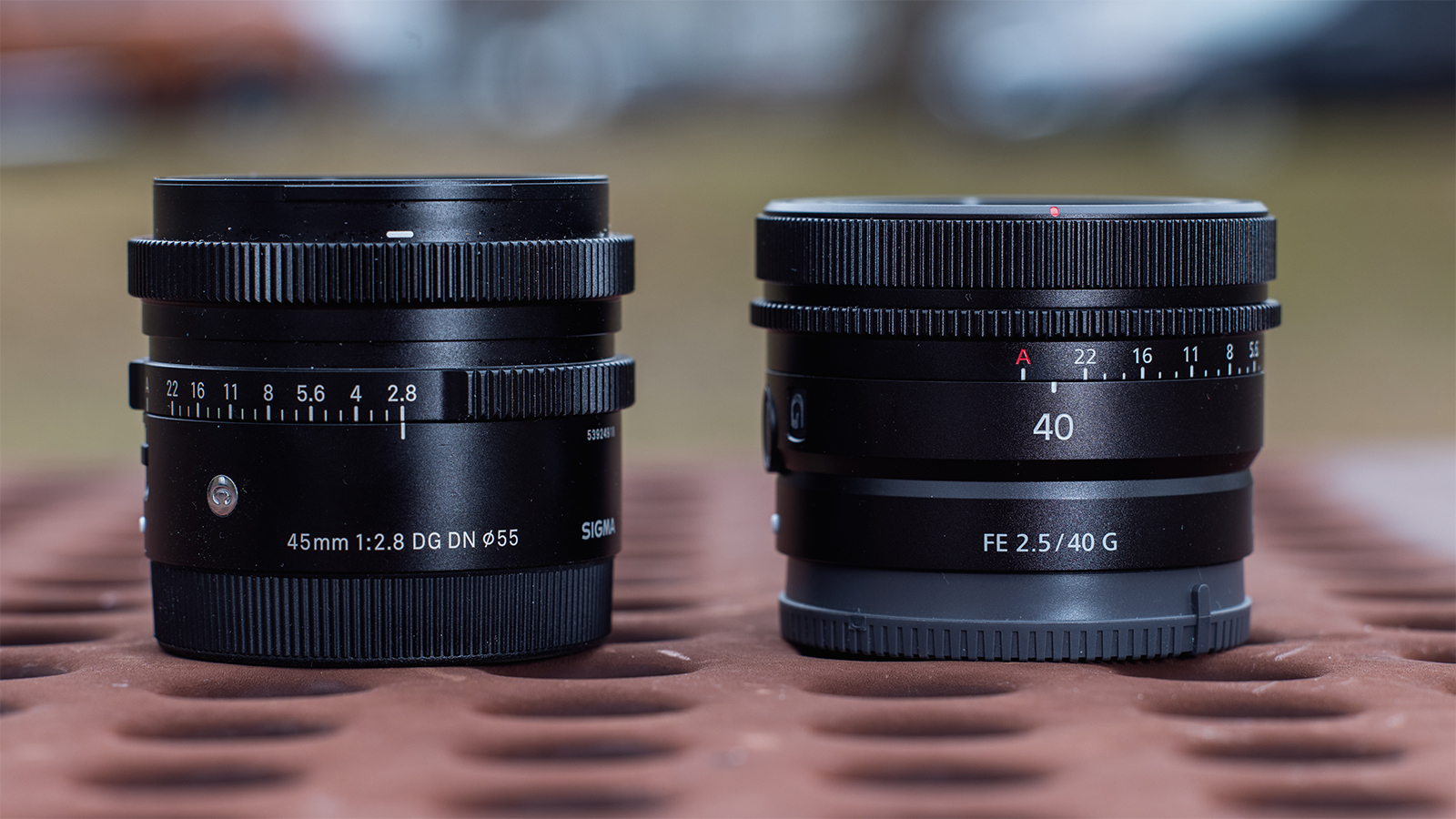 There are some trade-offs in handling, though. Sigma I lenses leave a little bit more room between the aperture and focus rings, even in its tiniest 45mm F2.8 Contemporary. It’s really only a concern if you’re using manual focus, but it’s a little too easy to nudge the focus ring when setting the f-stop. You can opt to set the aperture via the camera if you prefer—just set the ring to its A position.

Still, the small size is absolutely appealing, especially if you’re using the svelte a7C or one of an APS-C model, like the a6400. Even if you’ve got a full-size mirrorless, like the a7R IV that I paired them with, any of the compact G lenses make for an appealing kit for hikes and weekend trips. Close focus is another strong point. Just how close up you can get varies from lens to lens, but each allows you to lean in to snap a shot. You’ll get plenty of background blur when you do. An F2.5 lens may not have the same appeal for bokeh fiends as an F1.4 or F1.8, but there’s still plenty of room for subject isolation. 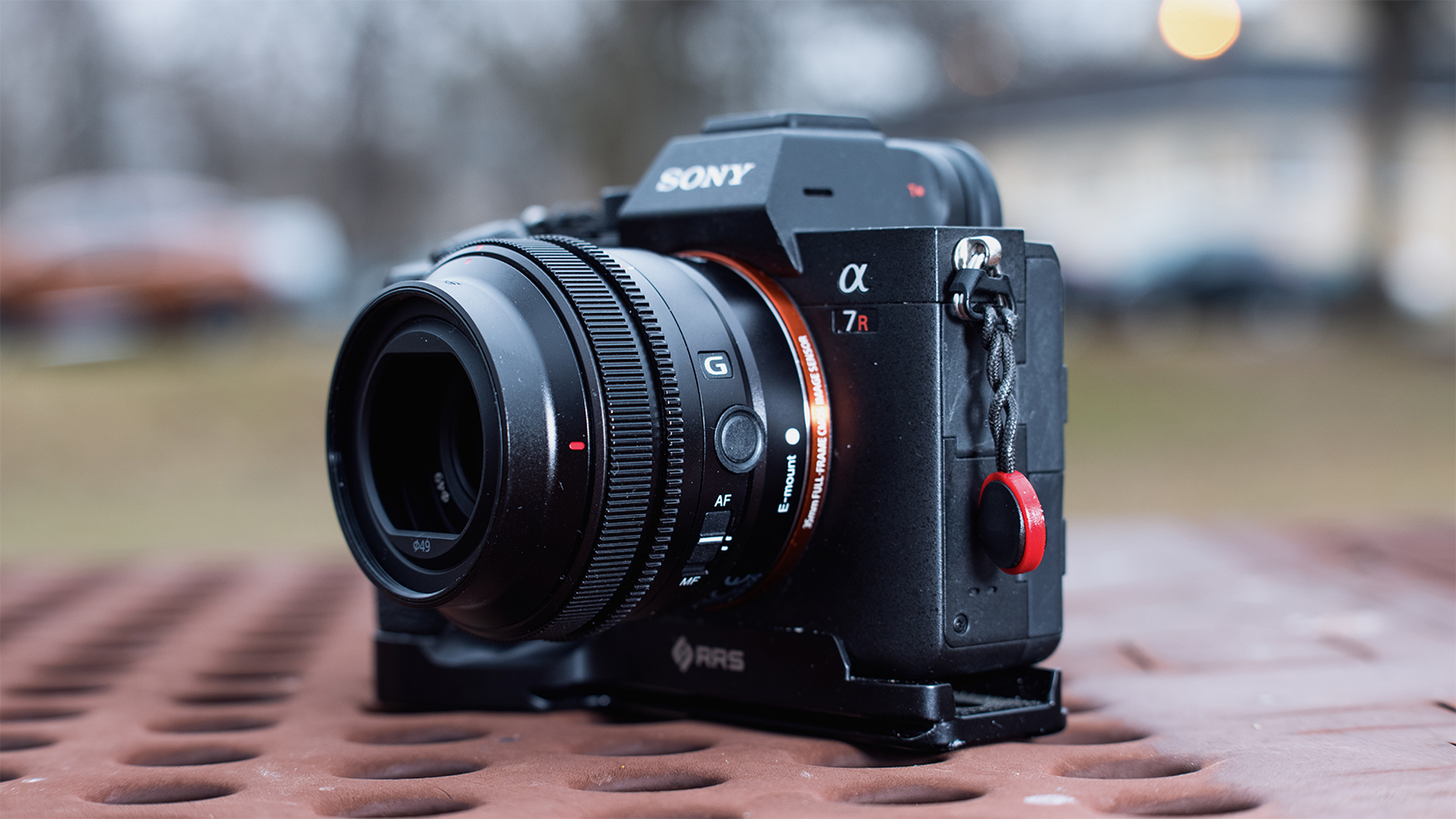 We’ve just published reviews of the FE 40mm F2.5 G and FE 50mm F2.5 G, and the FE 24mm F2.8 G will follow later this week. Our first impressions are quite positive, and both the FE 40mm and FE 50mm earned Editors’ Choice marks. Between these new entries from Sony and the Sigma I series, there’s simply never been a better time to be a photographer in love with small, quality primes. Check back soon for reviews of all three compact G primes.