A public trial of Google’s Stadia cloud gaming service is coming to iPhone and iPad devices. But you won’t download a Stadia app on your iPhone. Instead, Stadia will run via an iOS progressive Web application (PWA) that uses the mobile browser.

“This will be the first phase of our iOS progressive Web application,” Google said in today’s announcement. “As we test performance and add more features, your feedback will help us improve the Stadia experience for everyone. You can expect this feature to begin rolling out several weeks from now.”

Google is offering the trial over a progressive Web app in order to comply with Apple’s strict rules for cloud gaming on iOS, which demand the companies submit and publish each offered game as an individual title on the App Store.

The good news is the rule only applies to iOS native apps—not Web-based apps. So expect other companies, including Microsoft and Amazon, to join Google in bringing their cloud streaming services to iOS via PWAs. Today, Nvidia also announced it was bringing its cloud gaming platform, GeForce Now, to iOS via the Safari browser.

In Google’s case, the company had been teasing iOS support for months now, when the service is already available on Android and via the Chrome desktop browser. Google declined to elaborate on the public trial, but expect it to pop up through the Experiments tab found in the settings menu of the Stadia app. 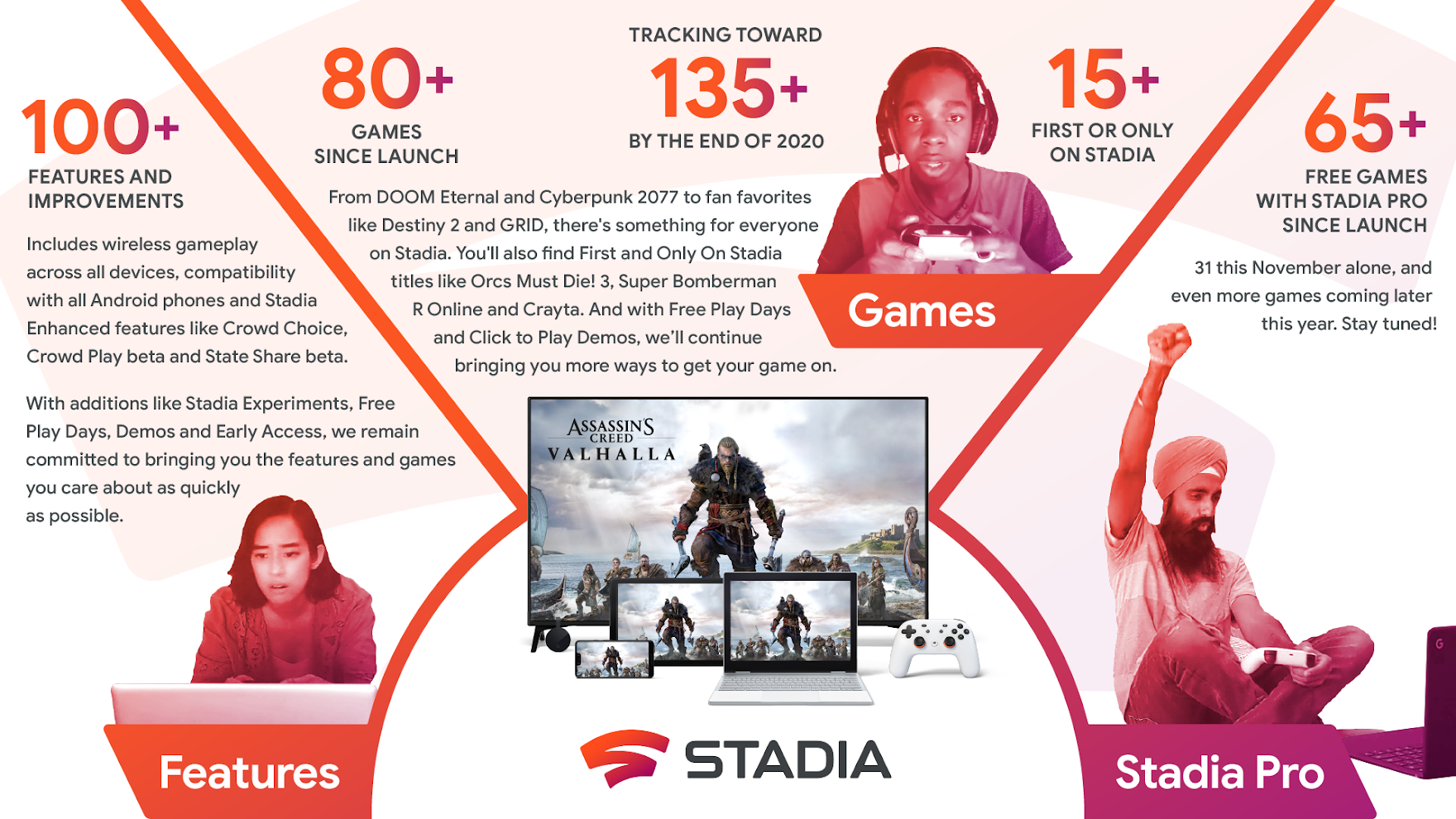 Google announced the iOS trial today as Stadia, a $9.99-a-month service, marks its one-year anniversary. Since the initial release, the company has added 80-plus games while also making another 100 improvements to the platform. The upcoming RPG, Cyberpunk 2077, will also be available on Stadia when the game launches on Dec. 10.