‘Tis the season for giving, and Facebook is flexing its philanthropic muscles with a new charitable campaign.

Monday marked the start of Facebook’s Season of Giving appeal to encourage people to contribute “however they can,” COO Sheryl Sandberg wrote in a blog announcement.

Whether that’s by starting a fundraiser of your own, donating to an existing one, or simply spreading the word about someone else’s good turn. This year alone, Facebook and Instagram users raised more than $100 million for COVID-19 causes and $65 million to support racial justice. And that was before the holiday spirit kicked in.

“Fundraising is only one way to give back this holiday season,” according to Sandberg, who tipped the new Community Help feature Drives “that makes it easier to collect food, clothes, and other necessities for people in need.” US users can look for the latest addition, rolling out slowly across the country.

Shopping Black-owned businesses just got a lot easier, too, with The Facebook #BuyBlack Friday Gift Guide. No money? No problem. Donate blood by connecting with your local blood bank on the social network. Or give the gift of your time by inviting family and friends to a virtual holiday party in Messenger Rooms or movie night using Watch Together. 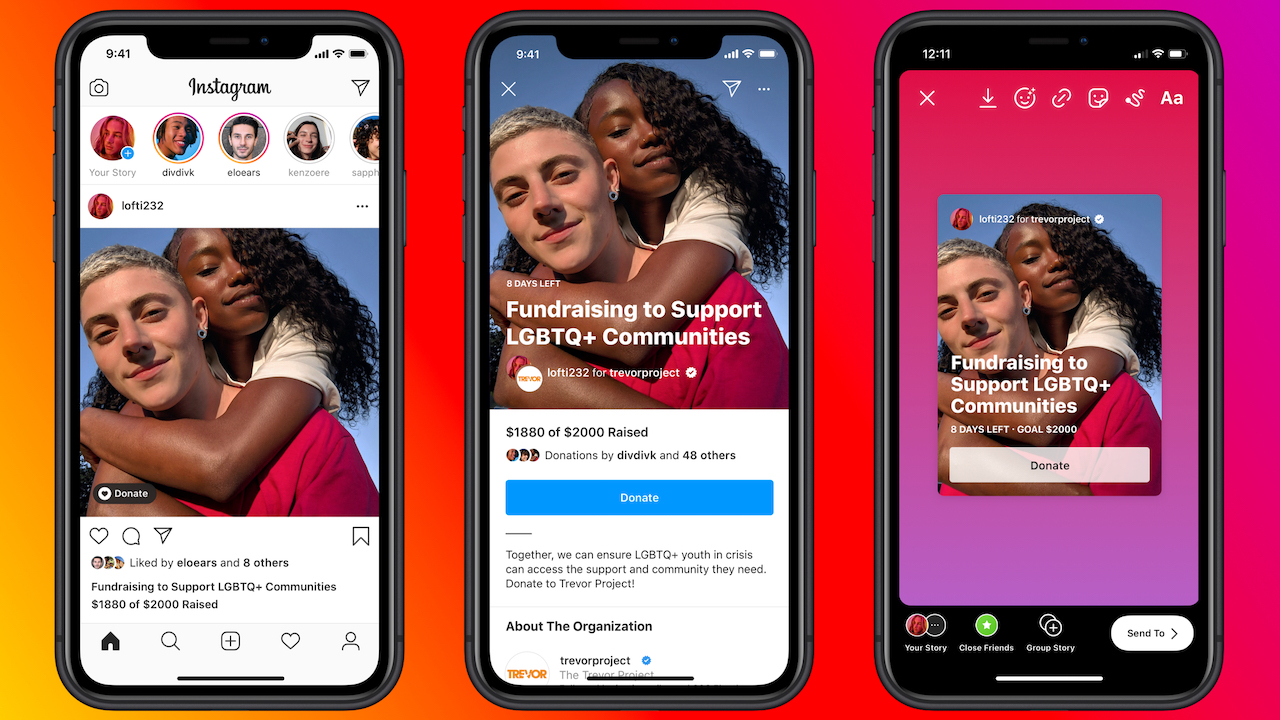 Not sure where to start? GivingTuesday is a great jumping off point: On Dec. 1, join the global movement to support communities near and far. This year, Facebook will match up to $7 million in eligible donations to US nonprofits made on the platform.

You don’t need to make a contribution to enjoy the fruits of Facebook’s labor (though any amount if greatly appreciated). Everyone’s invited to watch Peace Through Music: A Global Event For Social Justice, streaming exclusively on Facebook Live. Tune in from 3 p.m. ET on Tuesday, Dec. 1 for the star-studded fundraiser, featuring performances and appearances by Aloe Blacc, Billie Eilish, Becky G, Carlos Santana and Cindy Blackman Santana, Killer Mike, Ringo Starr, Skip Marley, and more.

If altruism is more your thing, check out a special episode of Mike Rowe’s web series Returning The Favor with Dawod Thomas, founder of Baltimore-based nonprofit My Father’s Plan, which helps inner city youth through financial literacy and community activism and outreach.

“Throughout the Season of Giving we will be celebrating people who are giving in inspiring ways to show how everyone has something to give—whether it’s time, talent, or a simple act of kindness,” Sandberg wrote. “A little goes a long way and anything you can give will make a difference to someone.”