Yesterday, Facebook took out a full-page newspaper ad in The New York Times, The Washington Post, and The Wall Street Journal complaining about Apple. Today, the social network has posted a second, full-page ad to complain some more.

As The Verge reports, the second ad appeared in the same three newspapers as yesterday, only this one carries the headline “Apple vs. the free internet.” While yesterday’s focus was on how iOS privacy changes next year will “devastate” small businesses, today Facebook is highlighting how the free internet is under threat because of these changes.

The ad begins by saying, “Apple plans to roll out a forced software update that will change the internet as we know it—for the worse. Take your favorite cooking sites or sports blogs. Most are free because they show advertisements. Apple’s change will limit their ability to run personalized ads.”

Facebook suggests that more of us will end up paying subscription charges to access content because of Apple’s actions, and that “the average small business advertiser stands to see a cut of over 60% in their sales for every dollar they spend.” 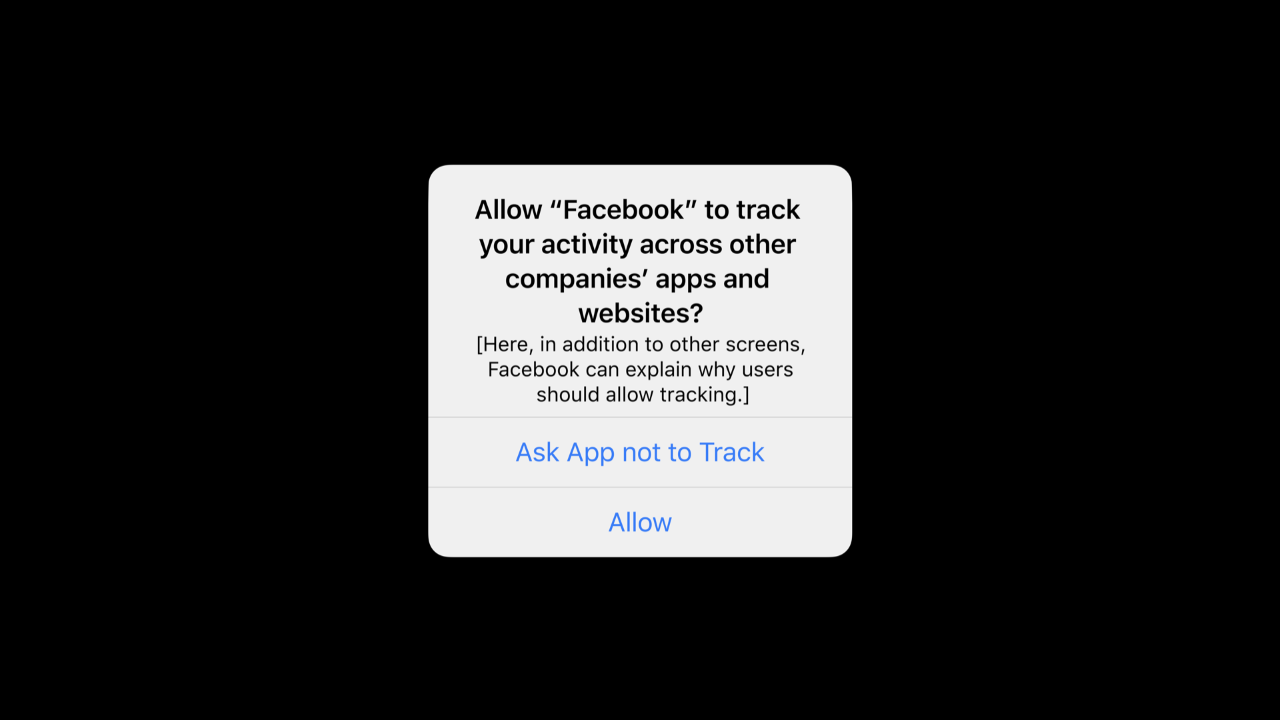 Apple released a statement following the appearance of these ads, which says, “We believe that this is a simple matter of standing up for our users. Users should know when their data is being collected and shared across other apps and websites — and they should have the choice to allow that or not. App Tracking Transparency in iOS 14 does not require Facebook to change its approach to tracking users and creating targeted advertising, it simply requires they give users a choice.”

That choice takes the form of a pop-up appearing asking for users to give their permission (or not) for tracking to occur. You can see what the message will look like above. It’s this choice and the implications of it that has Facebook so upset.