with CLIPREVIEWED learn the articleFacebook Cracks Down on Groups Safety

Facebook is cracking down on Groups that break company rules. Changes like improved recommendations and restricted reach are rolling out globally over the coming months, in an effort to keep folks safe online.

“It’s important to us that people can discover and engage safely with Facebook groups so that they can connect with others around shared interests and life experiences,” Tom Alison, vice president of engineering at Facebook, wrote in a blog announcement. “That’s why we’ve taken action to curb the spread of harmful content, like hate speech and misinformation, and made it harder for certain groups to operate or be discovered.”

With great power comes great responsibility—particularly when amplifying certain parties on the internet. Facebook toes a fine line between dangerous and non-threatening groups that cover the same topics. “The tension we navigate isn’t between our business interests and removing low-quality groups,” Alison said. “It’s about taking action on potentially harmful groups while still ensuring that community leaders can grow their groups that follow the rules and bring people value.” 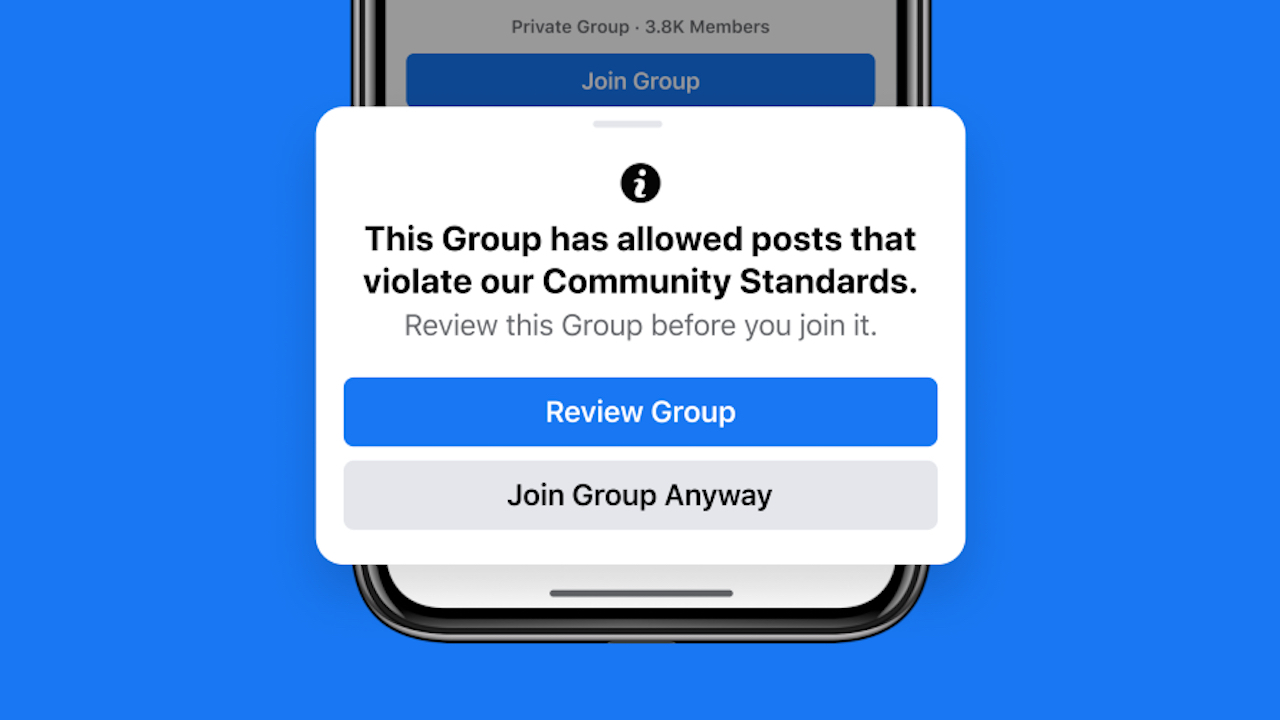 The social network already removes civic, political, and health groups from US recommendations, as well as newly created collectives and those that repeatedly share misinformation. Moving forward, any group that violates company rules will be pushed down the list, making it more difficult to simply stumble upon. Facebook took a similar approach to posts on the News Feed.

“We believe that groups and members that violate our rules should have reduced privileges and reach,” the blog said. Each offense earns a more severe punishment, until they are kicked off the platform. “And when necessary in cases of severe harm,” Alison explained, “we will outright remove groups and people without these steps in between.”

Thinking of joining a new digital posse? Facebook will let you know if you’re about to enroll in a group that has Community Standards violations, and plans to limit invite notifications and reduce content distribution. The social network will also require admins and moderators to temporarily approve all posts for any group with a substantial number of rule-breaking members or followers who were part of previously removed groups. Repeat offenders will be blocked from posting or commenting for a period in any group.

“These measures are intended to help slow down the reach of those looking to use our platform for harmful purposes and build on existing restrictions we’ve put in place over the last year,” according to Alison. “There is always more to do to keep Facebook Groups safe, and we will continue to build and invest to make sure people can rely on these places for connection and support.”