with CLIPREVIEWED learn the articleEverything You Need to Know

Rumors about a new, more powerful Nintendo Switch abound. Of course, they’ve been making the rounds for the last two years, and the company hasn’t announced anything yet. But a recent report suggesting Nvidia will stop producing the Tegra X1 chips that power the Switch makes a strong case for the Nintendo launching a Switch follow-up soon—possibly later this year.

That leaves us with a lot of speculation, but not a lot of confirmation. Let’s break down the latest from the Switch rumor mill, and our educated guesses and analysis based on Nintendo’s hardware history.

So, Nintendo will probably call this new Switch the “New Nintendo Switch,” which is more in line with its naming conventions for the last decade and a half. The upcoming system probably won’t be “Super Nintendo Switch,” because “Super” implies a significant, generational jump (like the NES to the Super NES). And that “Nintendo Switch Pro” name that’s been making the rounds? It’s pure speculation.

Will the New Switch Replace the Current Switch?

Based on Nintendo’s history, it’s unlikely that the new Switch will completely supersede the current Switch. Expect the new one to be a somewhat soft upgrade, with more power for more demanding games. It will be a “better” Switch, but regular Switch games will keep coming out for at least a few years after the system’s launch.

The new Switch won’t be quite as soft an upgrade as Microsoft and Sony’s half-steps during the last console generation: the Xbox One X and PlayStation 4 Pro. Certain games will feature graphical and performance benefits when played on the new Switch, even if they’re compatible with the current Switch. These enhancements would likely arrive on a game-by-game basis, since each one would require programming to leverage the new Switch’s additional powers or features.

Nintendo loves doing this with handhelds. The move from Game Boy to Game Boy Color was a solid step up, but the two systems (at least, the slimmer Game Boy Pocket and the GBC) stood side by side for a while. The GBC played every GB game without issue, and used cartridges that were nearly identical to the Game Boy’s (but didn’t work with the Game Boy). Nintendo made a similar move with the New Nintendo 3DS, which provided a power boost over the regular 3DS. It had a few, exclusive games that the 3DS couldn’t run, but was otherwise identical to its predecessor.

So, judging by Nintendo’s history, the new Switch won’t be a Switch 2. But it will eventually replace the current Switch.

Will the New Switch Keep the Same Hybrid Design? 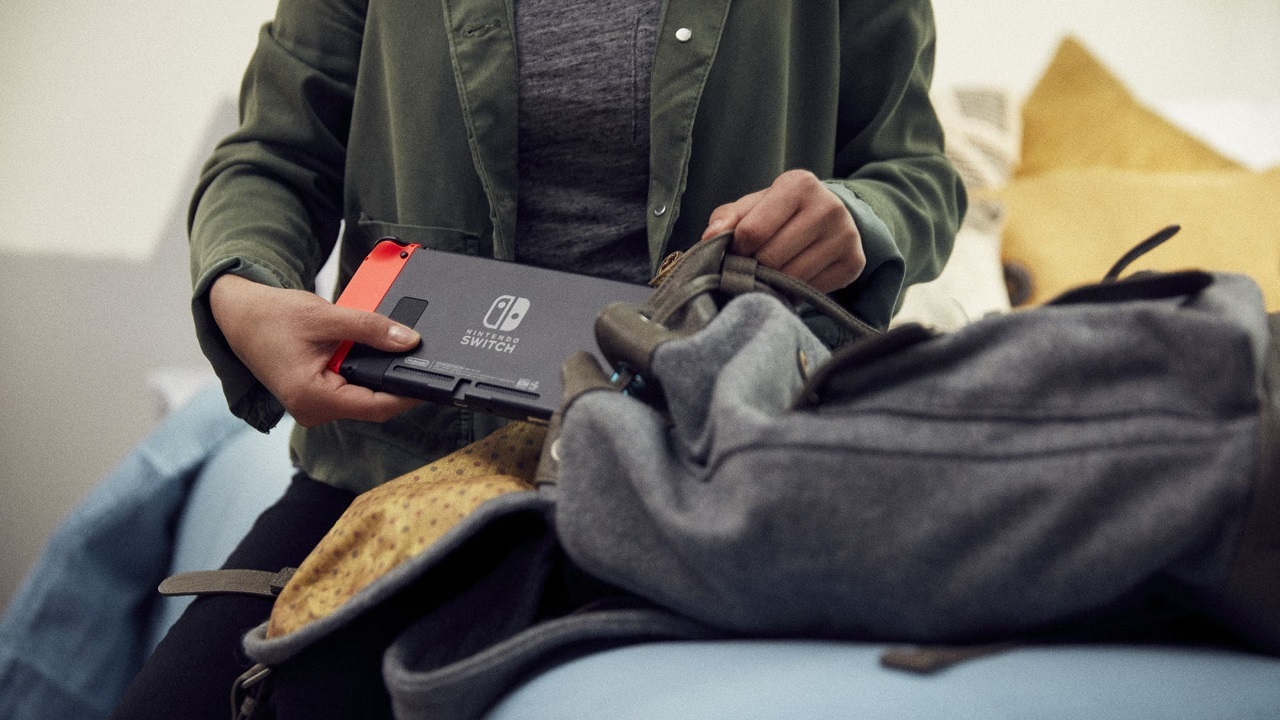 The Switch is an amazing device, a game console that can work at home in a dock or on the go with the Joy-Cons attached to its sides. Nintendo won’t deviate from that successful formula. The new Switch will probably have a similar tablet-and-Joy-Cons design, perhaps with tweaked Joy-Cons and a 7-inch (and possibly OLED, according to another recent report) screen.

According to a Bloomberg report, the Switch Pro’s chipset will let the system output 4K graphics. This doesn’t mean games will run at 4K. For Nintendo to keep a tablet form factor, a new Switch will have limited room for processing and thermal considerations. Bloomberg states that the new Switch’s chipset will leverage Nvidia’s Deep Learning Super Sampling (DLSS) tech to handle 4K visuals. That will be very impressive if true, considering how Nvidia’s DLSS is currently limited to PC graphics cards, and getting a GPU that will fit on a tablet-sized Switch that supports it would be an impressive feat.

In short, the new Switch won’t compete with the Xbox Series X or PlayStation 5 in terms of raw power. With that in mind, don’t hold your breath for native 4K games. Still, the visuals would be a significant upgrade over the current Switch’s docked, 1080p output. The Switch’s screen will likely remain 720p to preserve battery life in handheld mode.

And the new Switch won’t have ray tracing. Let’s be serious.

What’s Under the New Switch’s Hood?

One of the aforementioned Nvidia reports states that the company is discontinuing its Tegra X1+ system-on-a-chip (SoC). The X1+ is a slightly upgraded version of the Tegra X1 that the Nintendo Switch uses, which makes this news one of the biggest hints that Nintendo is working on a new Switch. That leaves the question of what will power this new Switch, and we already have two likely answers.

The Bloomberg report that claims the new Switch will use Nvidia’s DLSS to upconvert games to 4K is certainly possible, but that would meant a pretty drastic redesign, overhaul, and upgrade from the Tegra X1+. DLSS is available on Nvidia’s GeForce RTX GPUs, PC graphics processors that tend to use much more power (and cost significantly more) than SoCs like the Tegra X1+. For a new Switch to incorporate DLSS, it would need a GPU comparable with at least a GeForce 2060 graphics card. It’s certainly possible, but we’re very curious to see how such an upgrade would affect the new Switch’s price, battery life, and thermal profile.

Nvidia doesn’t technically have a new “Tegra” SoC, but it does have the Xavier, which appears to be a strong follow-up. It has an octa-core ARM CPU that’s significantly faster than the Tegra X1’s two, quad-core CPU clusters. It also contains a 512-core, CUDA GPU that has far more power than the current Switch’s 256-core GPU. Xavier is an absolute beast next to the Tegra X1, and would deliver a huge performance boost for the new Switch.

Xavier might be a bit too powerful, and therefore too expensive, to work in a new Switch that doesn’t represent a full console-generation jump, though. For that, Nvidia also offers the Jetson TX2, a chipset that’s much closer to the Tegra X1+ in specs, but would still give the new Switch a power increase. It has a quad-core ARM Cortex-A57 CPU cluster like the Tegra X1, a dual-core Denver CPU cluster, and a 256-core GPU that’s Pascal-based rather than Maxwell-based. Jetson TX2 would certainly be an upgrade, but not nearly the power jump that Xavier represents. 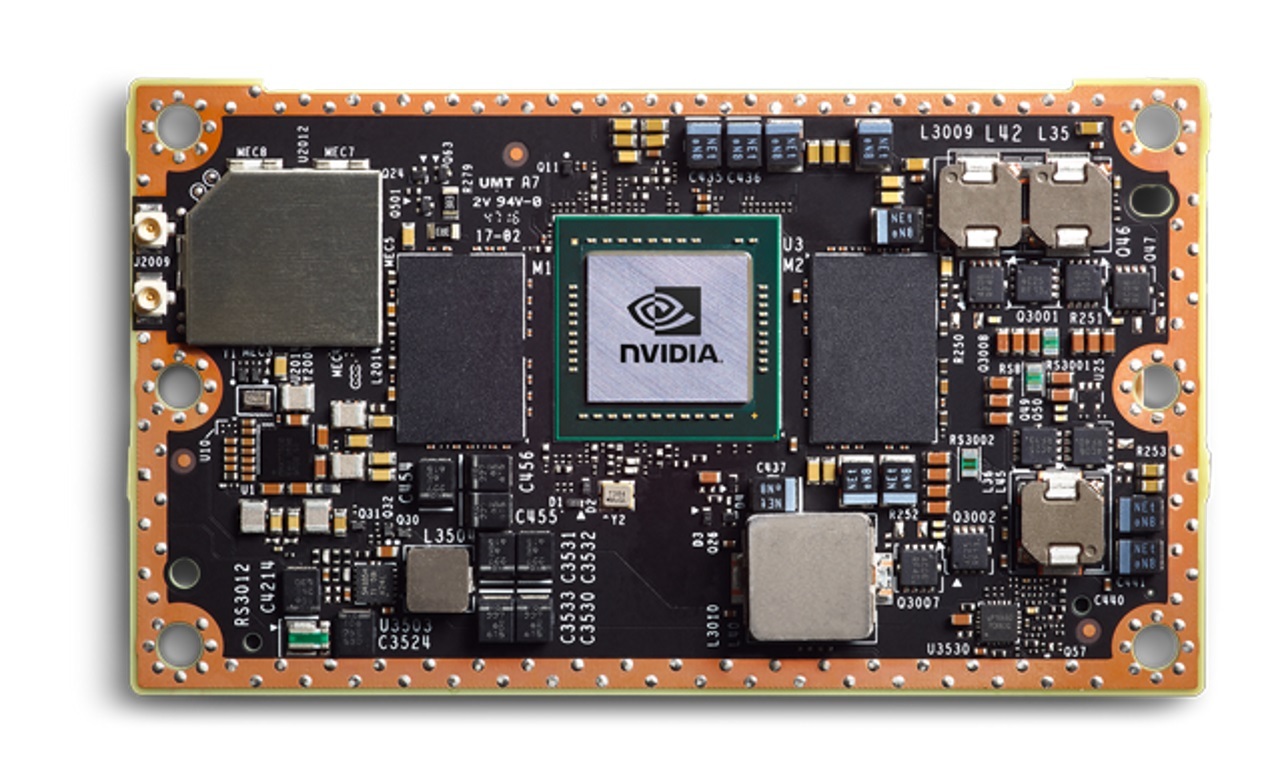 Of course, these are just the processors Nvidia currently offers “out of the box,” and it’s just as likely Nintendo is having Nvidia develop an SoC (or discrete CPU/GPU combination) to suit its needs. The question is which platform said chip will be most comparable to, the SoC Tegra follow-ups or a GeForce 2060?

What Will the New Switch Cost?

Nintendo has made clear that it doesn’t want to directly compete with Microsoft or Sony in power or price. The company learned a hard lesson with the 3DS’ $250 launch price, which it cut to $180 only months later. This is also why we favor the Jetson TX2 over the Xavier for the system’s new SoC; Nintendo will try to keep costs down.

Bloomberg states that the new Switch will cost $50-$100 more than the current Switch. If that’s true, expect to pay $350-$400 for the upgraded console.

Of course, this is all speculation until Nintendo confirms details about a new Switch. What do you want to see in it? Discuss in the comments below.