After years of invasive data collection, it’s become clear—people want to take back their privacy, even if many think that’s no longer possible. But part of the problem comes back to us for not doing the work, as demonstrated by Security.org in a recent survey that included a trick.

It specifically targeted smartphone users as a group “responsible for managing their privacy online.” In particular, that means you should know what’s involved in the end-user licensing agreements (EULA)s, terms of service (TOS), and privacy policies of the apps and sites you use. The typical approach is spelled out above—37% of us skim any docs placed in front of us to use an app or service, and 35% don’t read them at all. Only 11% say they read the entire document thoroughly before signing on…and what choice do you really have if you need to use the app or service, anyway?

The trick comes from the fact that even in a survey about protecting yourself, Security.org worked in the following phrase: “We may reserve the right to claim naming rights of your firstborn child at a time chosen by ourselves.” And look what happened. 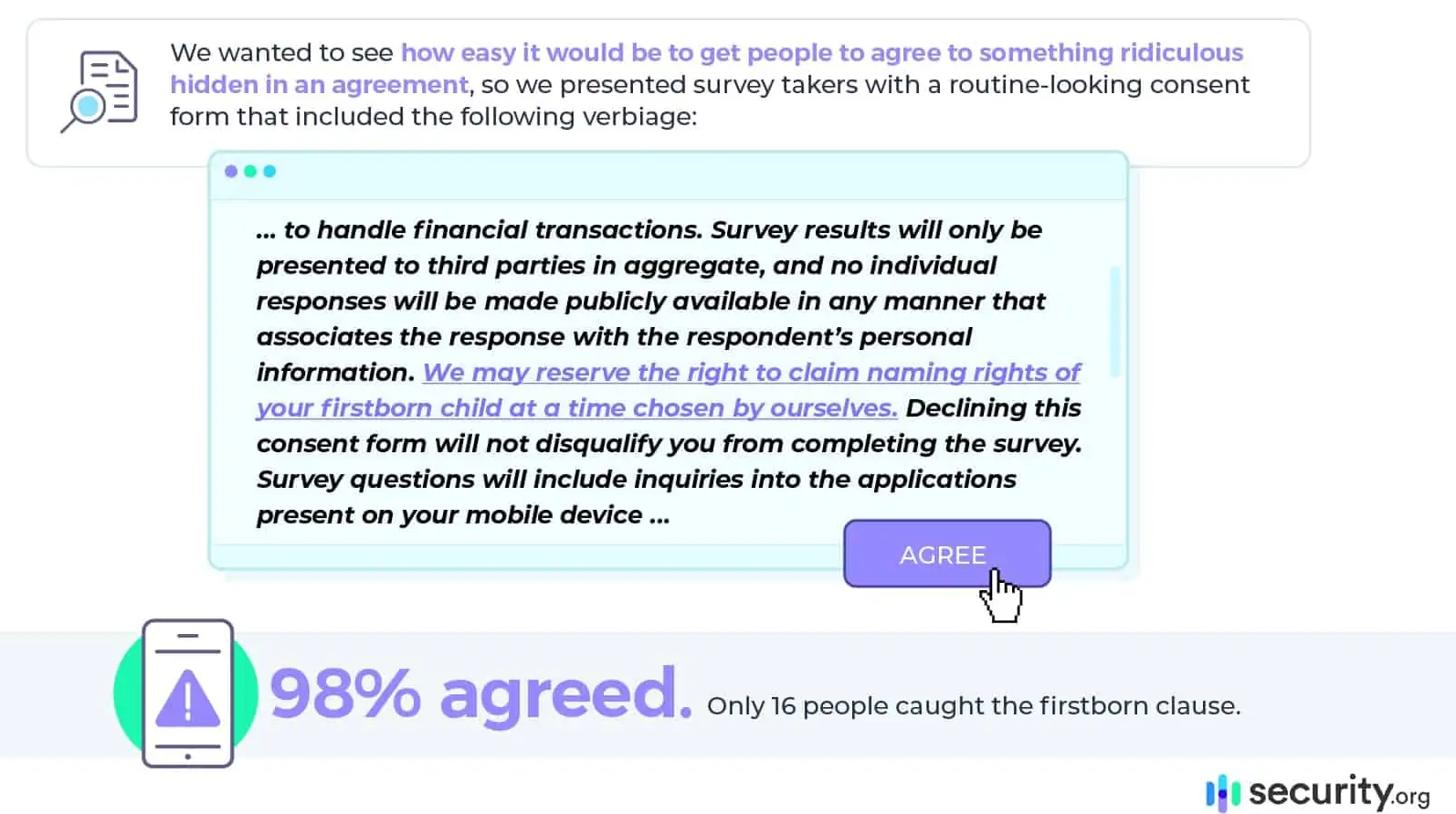 Only 16 people of over 1,000 respondents caught it, although the survey said they could continue on even if they declined the bogus terms of service. Even the 11% who claimed they read these things thoroughly still signed on to let their first born get renamed—that’s 100% of the people who agreed to take the consent form.

The report goes on to document the reasons people give for not reading policies: 55% say they’re too long, 20% can’t understand them, 10% trust the company, and another 10% just don’t care.

Thankfully, 77% said they’d support some form of legislation that prevented companies from selling collected personal data. If only 77% of our congress-critters were part of that group.

Read the full report at Security.org for more details, including a look at the final score that Americans get for the digital privacy knowledge. (Spoiler: The final grade is an F.)