with CLIPREVIEWED learn the articleEpic Adds Video Chat to Fortnite

Epic has decided to offer Fortnite players the ability to video chat with their friends while they play the game, and it has tapped Houseparty to help make the new feature available.

Video chat will be available to players on PC, PS4, and PS5, but because it relies on the Houseparty app, you’ll also need an Android or iOS device on which to run it. Once installed and linked to your Epic Games account, Houseparty can find any friends who are online for a chat while you play. The most difficult thing to achieve? Getting your face in frame on camera and keeping it there while your focus is on Fortnite. 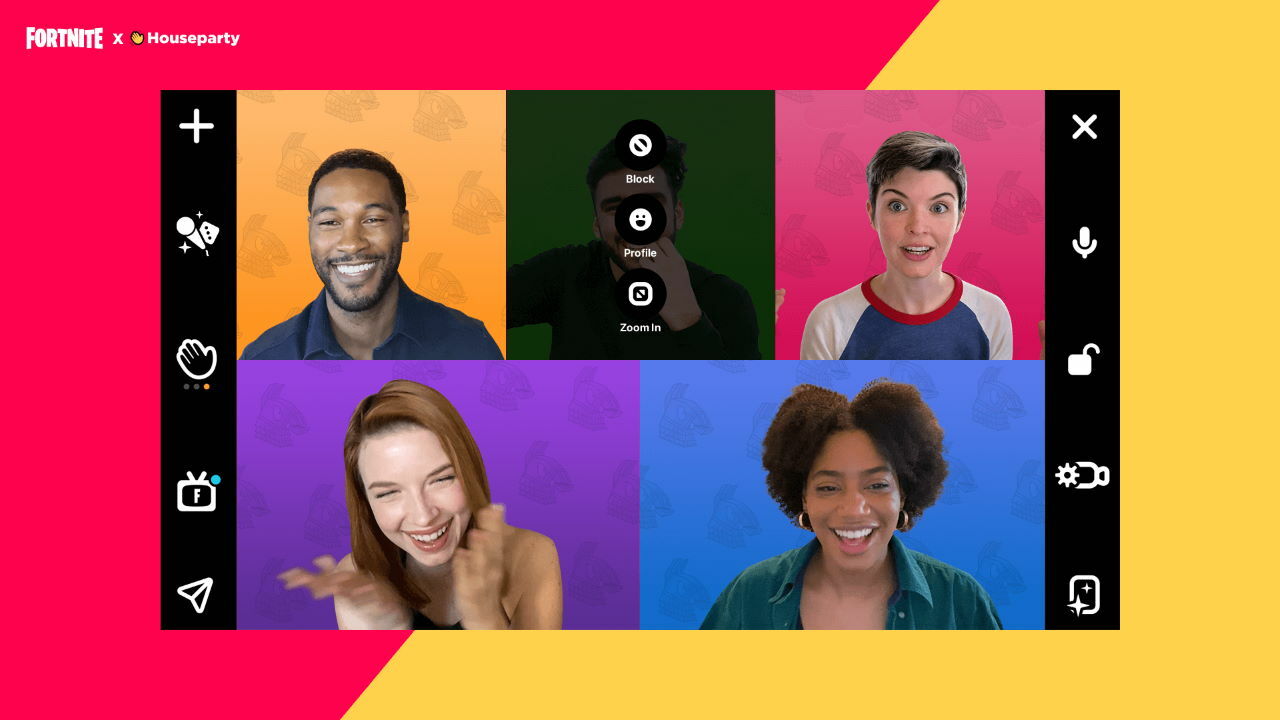 Epic has taken safety into consideration when using video chat, which is why the view will be cropped to only show a player’s face. There’s also a Fortnite-themed virtual background provided to ensure nothing else in the background can be seen, and parents have the ability to disable access to Houseparty using Fortnite’s parental controls. Who is allowed to join your video chat is also limited to your Houseparty friends and the friends of anyone in your Houseparty room. Blocking will be available as an option during chats.

As an added bonus, and a way of enticing Fortnite players to sign-up for video chat, Epic is offering a Rainbow Fog Wrap for weapons which unlocks when Epic and Houseparty accounts get linked. However, Epic realizes the Wrap won’t be unlocked for players on other platforms, so there’s another way to get it: “Between November 20 (12:00 AM ET) and November 26 (11:59 PM ET) if you play five matches of Fortnite with friends, you’ll receive the wrap by December 4, 2020.”

For now, Epic has no plans to roll out video chat beyond PC and PlayStation, but the door is open for it to be announced on other platforms. The more popular it becomes, the more likely Epic is to offer it to more players.