The biggest PC game of the year, Cyberpunk 2077, officially launches today—and it’s already smashed the record for reaching the most concurrent players in a single-player game.

According to Steam, over 1.05 million people were playing the game at the same time earlier today. The next best record for a pure single-player title belongs to Fallout 4, which achieved a peak of 472,962 concurrent players five years ago.

As IGN points out, the PC version of Cyberpunk 2077 is also available from GOG.com and the Epic Games Store. So the actual number of concurrent players for the game is likely higher.

If you factor in multiplayer games, Cyberpunk 2077 comes in fourth for reaching the highest number of concurrent players, according to Steamdb.info. PlayerUnknown’s Battlegrounds remains the top dog, hitting a peak of 3.2 million players three years ago, followed by Counter-Strike: Global Offensive at 1.3 million and Dota 2 at 1.29 million. 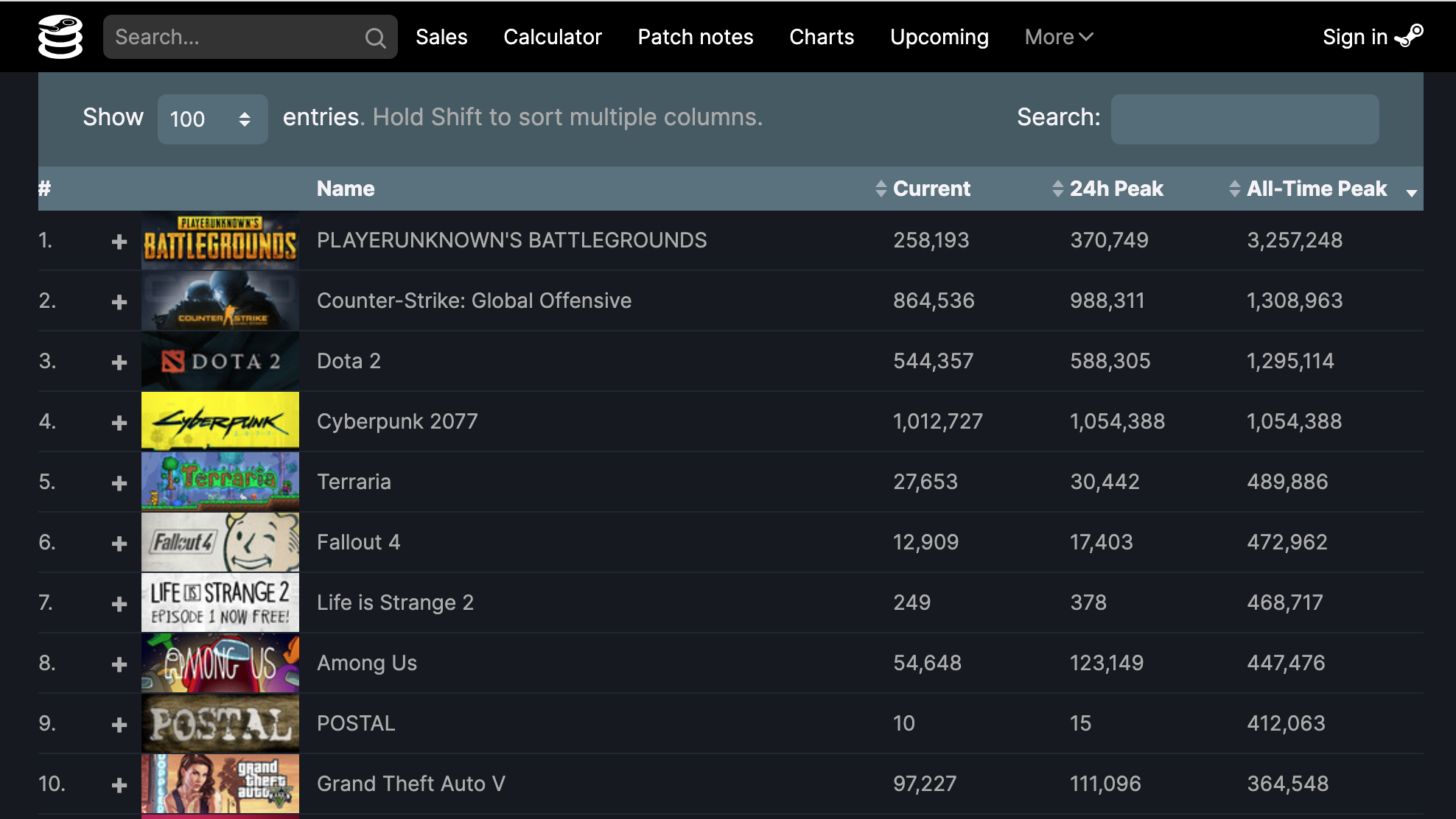 Clearly, the single-player genre still has its fans. During today’s launch, Cyberpunk 2077 developer CD Projekt Red shared that the game also received 8 million pre-orders, which is likely similar to the demand Red Dead Redemption 2 saw back in 2018.

In addition, 59 percent of the pre-orders for Cyberpunk 2077 were for the PC version with the rest going to the console editions.

Unfortunately, the gameplay experience for Cyberpunk 2077 has been far from smooth, especially if you’re on Xbox One or PlayStation 4. Game reviewers and consumers have been reporting low frame rates and blurry textures on characters. However, CD Projekt Red is indicating patches and updates are inbound.