with CLIPREVIEWED learn the articleCOVID Who? Mobile World Congress Still Scheduled for June in Barcelona

Hoffman says that next week’s MWC Shanghai will be a proof point for running a tech trade show in 2021, although the COVID situation in China and the national composition of the Shanghai attendees are radically different from what they will be at MWC in Barcelona.

Ambitiously, Hoffman says he intends to turn the entire city of Barcelona, population 1.6 million, into a “bubble” by requiring negative virus tests among attendees, according to MWL. Vaccination would not be required to attend.

“Our view is it would be great if the world was vaccinated, but we can’t rely on that in 2021 so instead we’re relying on testing upfront to ensure our bubble isn’t just the Fira Gran Via but the whole of Barcelona,” he said.

The main MWC show is traditionally in late February or early March; this year, the dates of the Barcelona show and the Shanghai show were swapped.

China vs. Spain: A Tale of Two Trade Shows 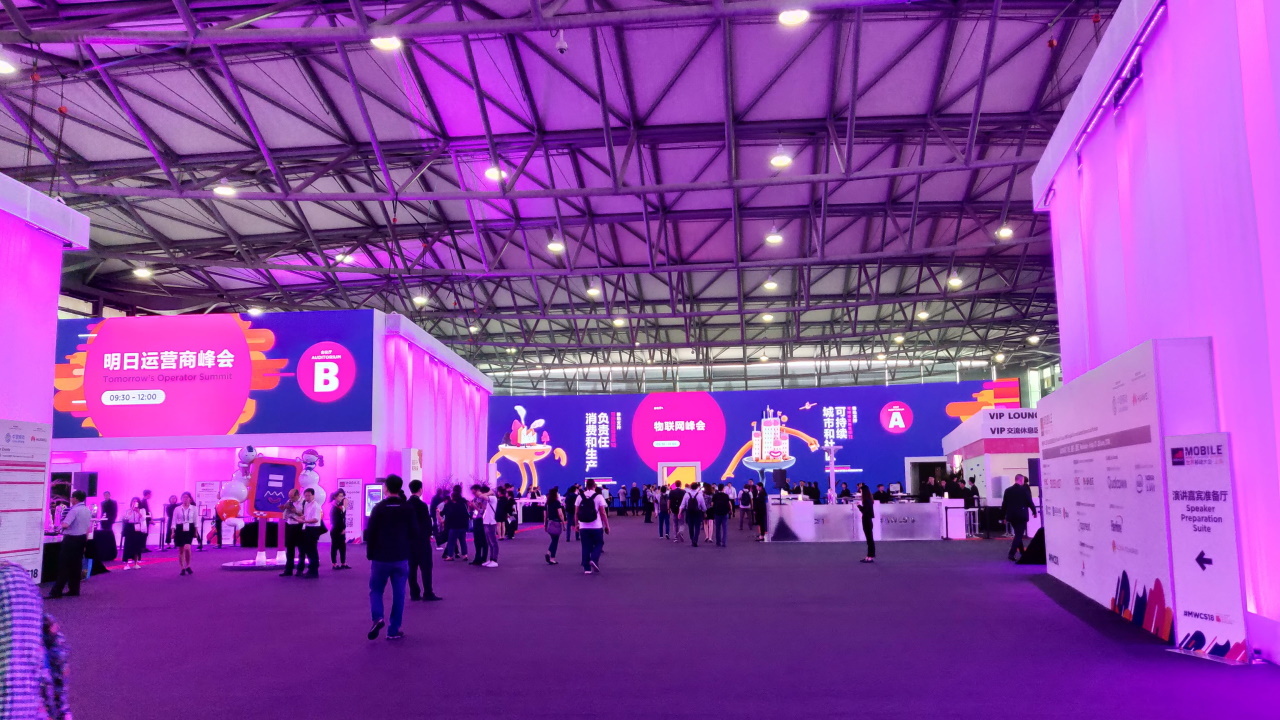 I love MWC more than most people. I’ve attended nearly every event since 2005, and I have a longer relationship with Barcelona going back to 2001. I had my honeymoon there, my daughter learned to walk there, and I wrote the GSMA’s official travel guide in 2013. That affection and passion, along with bad information from US leaders at the time, led me to deploy the worst possible take last year when the show was cancelled. I’ve learned my lesson since.

Using MWC Shanghai as a proof point for MWC in Spain risks conflating two places with very, very different COVID situations. According to the WHO, China had 28 new COVID cases last week while Spain had 62,383. The Spanish MWC is also far more dependent on international travelers. According to the GSMA, only 9% of the attendees at MWC Shanghai 2019 came from outside the Asia-Pacific region, where COVID is generally well-controlled. Eighty percent came from China, Hong Kong, or Taiwan.

That’s not the case with MWC in Spain. At MWC 2019 in Spain, only 32% of attendees came from Spain itself. The next two biggest drivers were the US and the UK, and Spain currently has travel restrictions on both countries. Skift says UK visitors may be allowed to return with vaccination passports, but it doesn’t say anything about US folks.

Hoffman’s strategy of using negative PCR testing, rather than immune status or local control of the virus, has already shown itself to be disastrous in the case of the much smaller Abundance 360 conference, held in California in late January. According to the New York Times, that 80-person conference relied on repeated testing and resulted in at least 24 new infections. 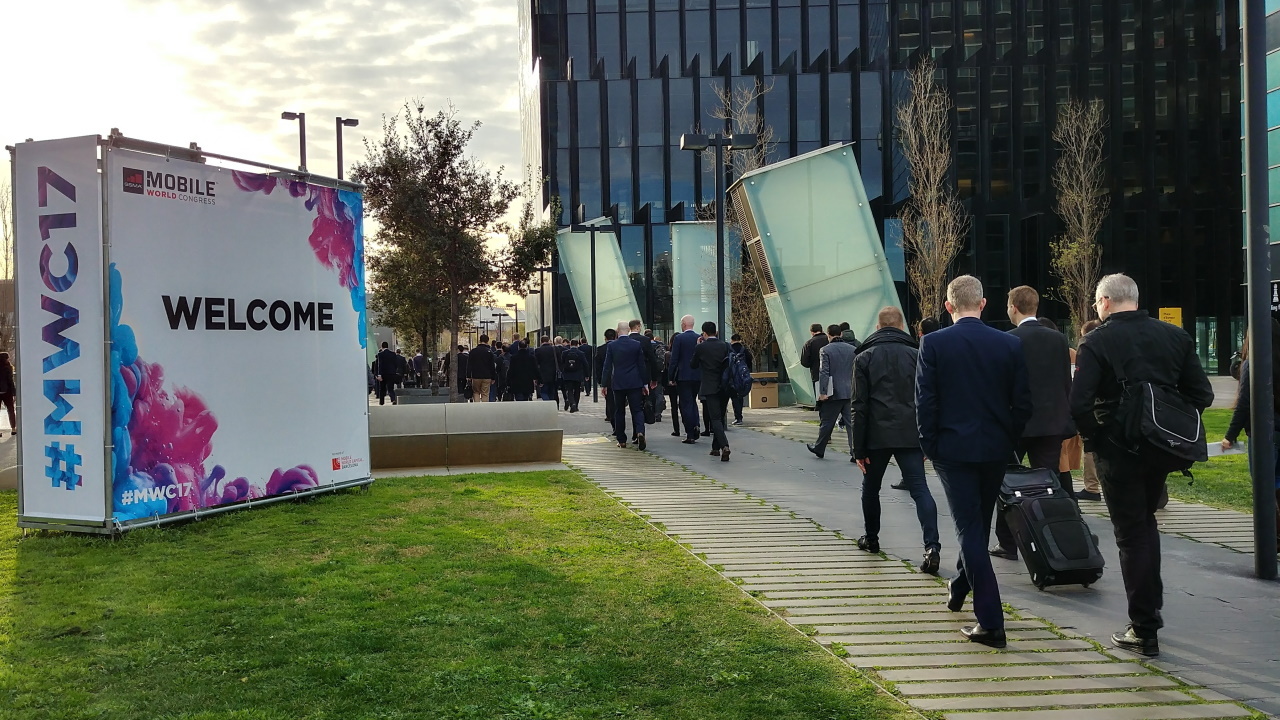 MWC generally has two main components: one for networking and deal making, and one for retailing and product announcements. When it was held in February, it was first anchored by Microsoft’s Windows Mobile releases and then, post-iPhone, by Samsung’s Galaxy events and LG’s G-series. Moving the show to late June poses an interesting problem for the press and public, as the summer typically isn’t a big time for product announcements and rollouts. (A lot of people are on vacation, especially in Europe.)

On the other hand, COVID has dramatically changed how and when products are rolled out, with schedules altered and virtual events preeminent. To take Samsung as an example, the Galaxy S20 FE release in September/October was unusual, and the S21’s announcement in January was at least a month earlier than expected.

All of this may be a bluff.

Barcelona is desperate for MWC, and for trade fairs in general, to return. MWC 2020 was anticipated to have a 497 million euro economic impact on the city and generate more than 14,000 part-time jobs. The GSMA is also desperate for the show to return, as much of the organization’s annual budget comes from stand rentals at the show.

A virtual show wouldn’t help Barcelona’s economy, and virtual shows also haven’t had the industry impact that in-person shows have. The world’s biggest technology trade show, CES, went all-virtual in January. Besides starving Las Vegas hotels and restaurants of business, CES saw a dramatic drop in exhibitors—from around 4,500 in 2020 to 1,943 in 2021—and led to a decline in press coverage, from more than 200,000 stories produced in 2020 to around 165,000 in 2021. More than that, though, I can say as an attendee that virtual trade shows just aren’t compelling. They’re awkward productions, where you dip in and out of things occasionally and never really focus on what’s going on, because you’re home.

The in-person tradeshow experience is very different. You’re immersed in a topic, able to quickly and dynamically make connections and attend ad-hoc meetings in a way you just don’t when you’re at home, making dinner and fielding all the usual requests from your usual work. With tech shows like MWC and CES, hands-on time with new products is also critical, something that might not happen at a show Hoffman described to MWL as “touchless.”

Several trade fairs are currently scheduled in Spain for just before MWC. Enric Sierra, columnist for local daily La Vanguardia, calls out Alimentaria as the great test for MWC; that one is running in Barcelona from May 17-20. Other observers have said to keep an eye on the FITUR trade show, which will supposedly be held in May in Madrid, and the ISE show, which will supposedly be held in June in Barcelona.

MWC 2020 was cancelled two weeks before the show. That may yet happen.