with CLIPREVIEWED learn the articleBlizzard Launches Battle.net 2.0 With Major Layout and Navigation Upgrade

Battle.net is Blizzard Entertainment’s answer to providing online games, a social network, digital distribution, and digital rights management from a single app. It’s been around since 1996, but today the service received a huge update and finally made it to version 2.0.

A beta of Battle.net v2.0 has been underway for a while, but today all users in North America get to see the revamp, which consists of a major upgrade to the navigation and layout of the service, which should be clear from the screenshots. 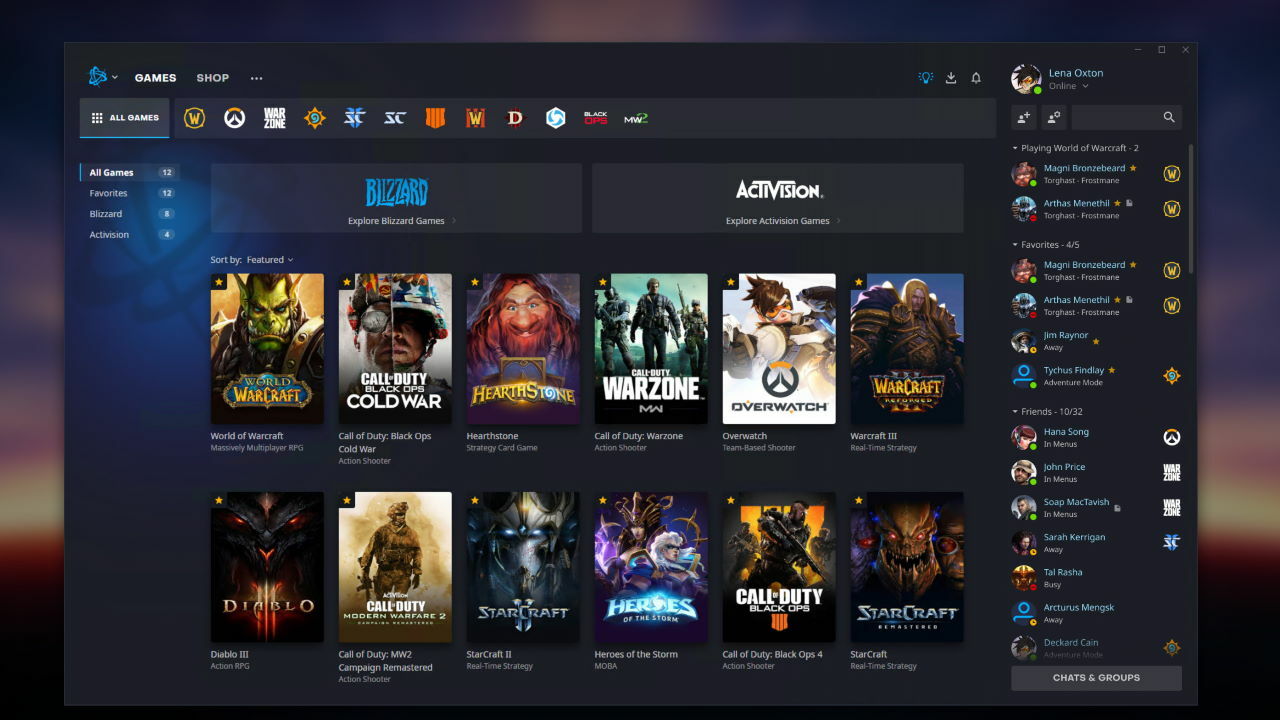 Version 2.0 presents a much more expansive layout for news and game content including a full-page view. It’s now possible to favorite specific games and arrange them for easy access, and a new, consolidated notifications hub makes it easier to view all your messages and see the status of different downloads. You’ll also find the social pane has changed considerably, in a bid to offer a better view of your friends and what activities they are doing for each game being played.

Blizzard also took the time to implement some major accessibility improvements, which allows most of the interface to be navigated just with a keyboard, but also offers better screen reader support and color contrast options.

For now, only Battle.net users in North America will experience the upgrade, but Blizzard said the move to v2.0 will happen for other regions of the world in the coming weeks. Further improvements and design tweaks are expected as more players use it in anger and bugs are discovered and fixed.