No surprise here. AMD’s latest graphics card, the Radeon RX 6900 XT, went on sale today only to sell out in minutes, leaving consumers—once again—disappointed in the limited supplies.

The sales were expected to kick off at 6 a.m. PST. And so we were among the PC users who woke up early to try and secure the product on day one. Unfortunately, Newegg sold out of the $999 card almost instantaneously.

Like everyone, we were searching the retailer’s website for a live product listing of the 6900 XT. It was only by 6:02 a.m. that we finally found one, thanks to a user on social media. But by then, the product was listed as out of stock. 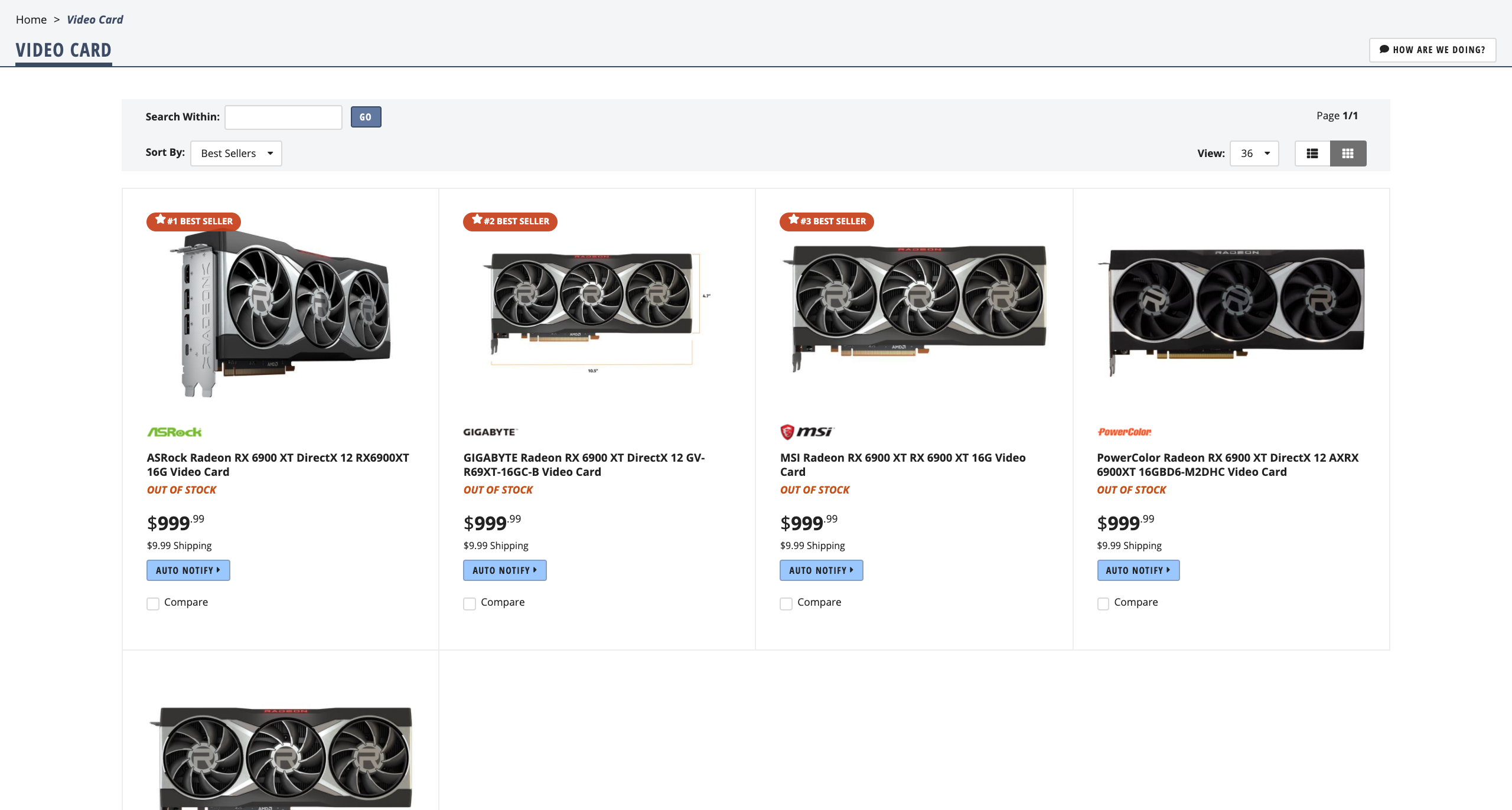 By 6:05 a.m., we found Newegg’s main page for all five of the 6900 XT cards on sale. But again, we were too late. The retailer’s stock had completely run out.

Our next stop was AMD’s online store. That’s when we finally had some luck. After refreshing the company’s website several times, we noticed at 6:23 a.m. that AMD had finally begun selling its own stock of the 6900 XT.

From there, we faced an uphill battle. As we tried to add the product to cart and reach the checkout process, we repeatedly encountered “503 Service Temporarily Unavailable” errors, likely due to the flood of visitors also trying to buy the card.

We kept refreshing the page, but the errors followed us when we tried to input our credit card information. It was only by 6:29 a.m. that we were able to finally reach the last page of the checkout process. 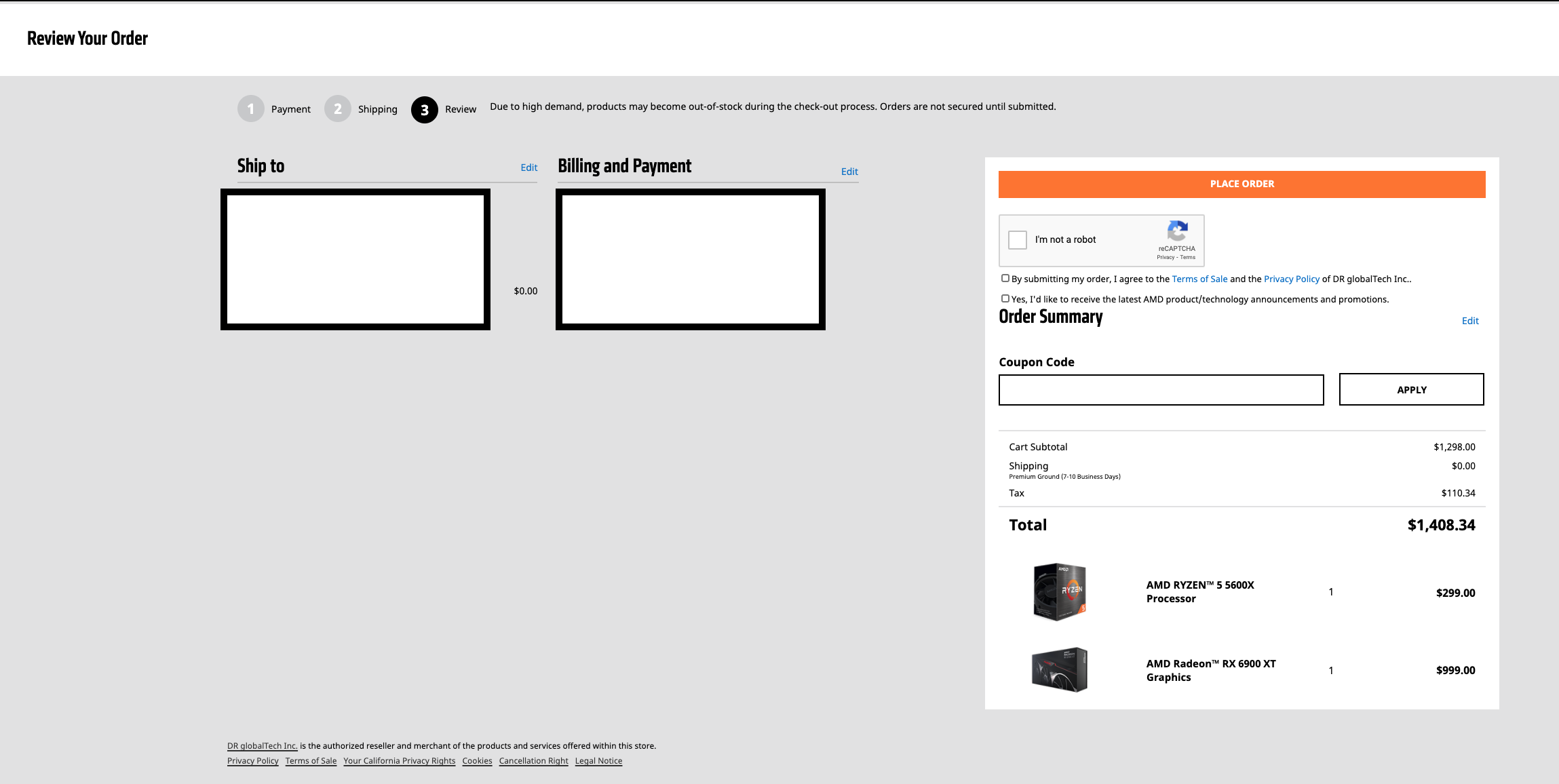 Still, we refrained from placing an actual order in the hopes that actual consumers—and not scalpers—could get their hands on the available stock. By 6:35 a.m., AMD was listing the product as completely sold out.

Our remaining outlet for the graphics card was Best Buy. We noticed the retailer began selling a 6900 XT model at 7:07 a.m. But we were never able to successfully add the product to our cart. Five minutes later, all available units were gone. As for Amazon and B&H Photo Video, so far neither retailer has started selling the card.

Overall, 2020 has not been a great time to buy the newest graphics cards. The next-generation GPUs from both AMD and Nvidia boast massive performance gains, but the products continue to be in short supply, despite attempts to ramp up manufacturing.

The good news is that retailers are continually receiving new stock. So we recommend using an inventory-checking service, which can alert you when the products become available again.